The governor signs laws in Tallahassee, there’s a rare flash of progress in Washington and a senator dreams of Mars — all against the backdrop of looming elections and an increasingly restless electorate. 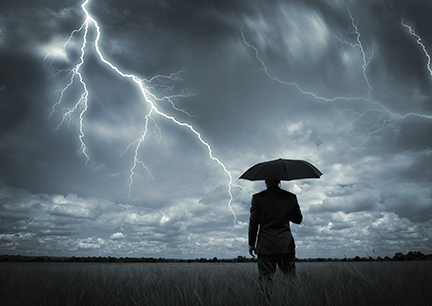 The Tampa Tribune recently did some digging into Florida voter registration patterns and found something very interesting. Of the nearly 550,000 people who have registered to vote since the last gubernatorial election in 2010, nearly 80 percent have registered as something other than a Democrat or Republican. This translates into a 17-percent gain for “independent” or third-party registrations, while Republicans have added 2 percent to their voter rolls and the Democrats less than half a percent.

Does this mean a third-party candidate will capture the governorship in November or that we will see a bloc of third-party candidates in the Florida Legislature or congressional delegation next year? That’s not likely, but it does mean the base of non-aligned voters is increasing in the state, and that’s something all candidates will have to pay closer attention to this fall.

Something else both the Legislature and the congressional delegation may have to pay attention to: congressional redistricting. At press time, a state judge was expected to rule any day on the legality of the state’s current districts. At issue is whether the Legislature followed a voter-approved mandate intended to reduce the effects of partisan politics and incumbent protection in the redistricting process.

A number of plaintiffs contend the Legislature did just the opposite after the 2010 census awarded the state two new U.S. representatives. If the judge decides in their favor, he likely would order the boundaries redrawn. Expect appeals from the state’s legal team, so any additional redistricting may not occur before the 2016 elections.

Beginning in mid-June, Gov. Rick Scott began touting, via traditional and social media, a number of the bills from the Legislature’s recent session that he was signing into law. Many of those bills affected children: toughening car child restraint requirements, requiring attorneys to represent children with special needs, increasing protections for child abuse victims, toughening penalties for synthetic drug manufacturers and even helping foster-care teens get driver’s licenses.

Scott also signed “Charlotte’s Web,” a bill which narrowly legalized medical marijuana primarily for children with seizures, a move that garnered a great deal of media attention.  Florida voters this November will weigh in on Amendment 2, which legalizes marijuana for a broader range of medical conditions.

There were others: a pair of bills supporting Alzheimer’s research, $60 million for cancer research and a bill providing conditional state support for professional sports facilities. There were a few high-profile bills that he signed without a public ceremony and with lower-key publicity. Most notable was the “Dreamer Act,” which allows some children of undocumented workers to receive in-state college and university tuition.

Florida Agriculture Commissioner Adam Putnam has been publicizing the opening of a new state-of-the-art citrus research facility in Lacrosse that will be at the forefront of the state’s investment in the fight against citrus greening disease, which threatens the state’s $9 billion citrus industry. For more on the fight against citrus greening, see Page 11.

Florida port leaders were front and center when President Obama signed the Water Resources Reform and Development Act (WRRDA) into law in early June. Virtually every Florida port will benefit from the bill, which among other things will assist them in preparing to handle the next generation of large container vessels. 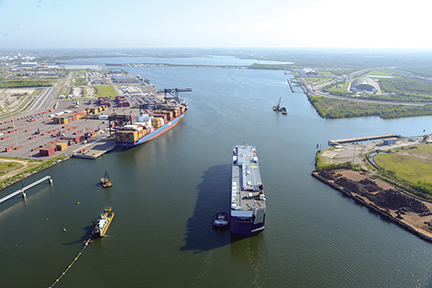 “America’s competitive position depends on shipping channels that are adequately dredged to support the delivery of goods in a safe, efficient and cost-effective manner,” said Port Tampa Bay President/CEO Paul Anderson, who attended the signing ceremony. “We will now see the strengthening and acceleration of navigation projects; this is absolutely momentous for the future of seaports.”

Though Florida Veterans Affairs facilities have not been directly caught up in the scandal that has rocked other parts of the VA system, many of the state’s political leaders — including Sen. Marco Rubio and Gov. Scott — have been swift to call for reform of the system.

The most visible sign of this movement is the swift passage of H.R. 4810, the Veterans’ Access to Care Act, which, among other things, requires the VA to contract with private facilities to ensure veterans receive prompt medical care. Authored by Rep. Jeff Miller, R-Chumuckla, the bill literally was introduced one day and passed the House unanimously (426-0) the next. Not Washington’s usual pace of action. Many Super Region legislators also co-sponsored the bill, which now is pending in the Senate.

As is the norm these days, many state leaders took to Twitter to chastise the VA, Rubio and Scott included. The most active was Rep. Daniel Webster, R-Orlando, who devoted more than a half-dozen tweets to the subject during a one-week span in early June.

Sen. Bill Nelson, the only current member of Congress to have traveled in space, remains a staunch defender of the state’s space industry. Lately, he has been touting an early June National Research Council report that says investment in human spaceflight is best justified by seeking to put humans on other worlds, i.e. Mars.

“One of the nation’s top scientific groups affirms we should go to Mars,” Nelson tweeted right after the report was released. The problem, of course, remains the political will to fund such an expedition. Nelson’s objective clearly is to rekindle that will, even if he has to do it one tweet at a time.

Ron DeSantis, R-St. Augustine, recently introduced legislation to allow states to establish their own alternative accreditation programs for vocational, technical, apprenticeship and other non-traditional post-secondary programs so that those courses or programs would be eligible for federal financial aid.

The bill, H.R. 4612, is called the Higher Education Reform and Opportunity (HERO) Act and is
modeled after similar legislation by Sen. Mike Lee, R-Utah. It currently has 26 co-sponsors, all of them Republicans, including four from the Super Region: Reps. John Mica, Winter Park; Bill Posey, Rockledge; Tom Rooney, Okeechobee; and Ted Yoho, Gainesville. DeSantis and others backing the bill say it will expand postsecondary opportunities for students and lower the cost of education. Opponents fear it will dilute financial
aid resources.

This article was printed “Prelude to the Storm.”