Florida has nearly 20 million mouths to feed. Many supermarket chains, some specializing in organic fare, have taken note and are fighting each other to satisfy those appetites. As competition heats up and grocers try to take each other’s lunch money, if you will, what are the big names doing to stay ahead?

For openers, the once-comforting notion of cookie-cutter store layouts, where every store looks essentially the same regardless of location, may be a bit passé. Publix, the state’s largest grocery chain, is now considering alternative store layouts.

“We’re looking at such features as underground parking and contemporary designs with a unique, urban decor,” said Maria Brous Publix’s director of media and community relations.

Many of which will undoubtedly appeal to a newer breed of shopper – the millennial. Neil Stern, a senior partner with retail analysts McMillan Doolittle in Chicago, says that, in addition to low prices, millennial customers value a unique shopping atmosphere. Though Brous does not disagree, she believes convenience and service are what anyone from any age group wants most.

It’s also one more way to get Publix shoppers to spend money. Another is adding non-grocery services such as pharmacies.

Walmart is trying to keep pace. Primarily known for lower prices, Walmart has pushed to improve quality and, to cut costs, reduced product size options. It also has been implementing a values-based program, emphasizing more organics, sustainability and animal welfare. But sales and share prices are still being challenged. On October 14, the company forecast that it expects earnings per share to fall between 6 and 12 percent more next year.

E-shopping to the rescue

On the other hand, Walmart is enjoying some success with a pilot program of online food shopping. Globally, its e-commerce sales have increased about 16 percent.

Neil Saunders, CEO of retail analysis firm Conlumino, believes this move is reshaping perceptions of Walmart more than any of the others. In a research note, he said that it’s probably helped win back customers.

The growth is so promising that Walmart plans to spend $200 million in Polk County on a 2-million-square-foot, e-commerce fulfillment center that could create 600 jobs.

Intuitively, one would think that shifting even a portion of the emphasis away from brick-and-mortar stores would be a cost saver but the reality is that sinking hundreds of millions on a fulfillment center does not in the short-run eliminate any of the existing store costs. All of that is, at least for the time being, pressuring Walmart’s bottom line. In early October, the company announced plans to cut 450 associates at its Bentonville, Ark., headquarters.

At Publix, previous attempts at online shopping were not successful. But now, it’s quietly expanded its own Online Easy Ordering options to offer bakery cakes companywide. And while it’s not affiliated with the grocer, an app-based service called Shipt recently launched deliveries from Publix stores in Orlando, Tampa Bay and South Florida.

The true pioneer of online shopping is Amazon. It’s also entering the retail grocery market by developing drive-thru stores in Silicon Valley where customers pick up groceries ordered online. Though no plans have surfaced, Amazon’s concept could be a natural fit in Florida’s car-centric environment. Plus, the company already owns two, 1-million-square-foot distribution centers in Lakeland and Ruskin.

Amazon’s compact drive-thru takes less than 12,000 square feet. By contrast, Publix’s smallest supermarket design is around 30,000, though Brous indicated they are working on store concepts as small as 20,000 square feet.

In Part 1, we glanced at upcoming natural grocers facing off with the top dogs, Publix and Walmart. Other retailers are considering stores with smaller footprints. In Part 3, we’ll take a closer look. 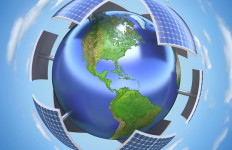