It’s the time of year when visions of sugarplums dance in people’s heads. And there is no sweeter state than Florida when it comes to sharing those special holiday baked goods.

With Florida having passed New York as the third most populous state, 20 million consumers are attractive to retailers, restaurants and, in some cases, celebrity chefs.

From James Beard’s award-winning The Cypress Room in Miami to Orlando’s Emeril Lagasse’s Tchoup Chop, Florida is home to a burgeoning and vibrant epicurean scene.

That said, there is no shortage of bakeries in the state to satisfy any sweet tooth.

On Dec. 5, Buddy Valastro of Cake Boss fame opened the first Carlo’s Bakery in Florida at The Florida Mall in Orlando — his 12th location nationally.

The new facility spans 2,300 square feet and is modeled after the Hoboken, N.J. store.

Family-owned Carlo’s Bakery dates back to 1910, when it was originally opened by Carlo Guastaffero then acquired by Bartolo Valasatro Sr. in 1964. Since then, his children, including Bartolo or “Buddy” Valastro have carried on the tradition, opening bakeries throughout the Northeast.

Valastro, widely known for his presence on major networks such as the Food Network, as well as features in bridal magazines, including The Knot, attracted a substantial crowd at the grand opening.

According to Valastro, the decision to open a bakery in Orlando was simple. He says, “I love Orlando. It seemed like a natural next step for the bakery. I love the family-friendly atmosphere because it’s so in line with what my ‘famiglia’ and I believe in here at Carlo’s Bakery.”

And, it was indeed a family affair. Mother and daughter attendees Jenny and Kaitlynn Conley reportedly waited in line for six and a half hours to meet Buddy and experience the new store.

While more and more celebrity-centric bakeries continue to pop up, Florida has long been a confectioner’s delight with Winter Springs-based bakeries such as Anna Cakes.

Owned and operated by Anna Hightower, Anna Cakes is known for its custom wedding cakes and has been featured on E!, The Today Show, Bridezillas, Fox News, People, The New York Times and many other national media outlets.

Like Valastro, Hightower emphasizes the importance of family in sustaining her baking career, attributing her success to her husband, Marlon.

As Florida continues to attract star talent and spearhead baking trends, Hightower is quick to note the hard work required to make it in the baking business.

She says, “People go into the cake business with sprinkles in their eyes, and quickly realize, with it, comes many sleepless nights, and a lot of trial by fire. The best teacher is experience, so do as many cakes as you can.”

In South Florida, We Take The Cake in Fort Lauderdale has also garnered a great deal of media attention. Its Key Lime Bundt cake was one of Oprah’s Favorite Things in 2004. All the cakes are made from scratch and have been featured in InStyle, The Today Show, Food Network, CNN Money, Entrepreneur, Cooking Light and Good Morning America. The bakery’s layer cakes, bundt cakes and cupcakes can be shipped anywhere in the U.S. and Canada. The bakery delivers layer, birthday and specialty cakes in Palm Beach, Broward and Miami-Dade counties.

Divine Delicacies Custom Cakes in Miami is also a family affair and its roots began in Cuba. Founders Jorge Rodriguez and Iliana Lombardero started baking in their kitchen in Havana. They moved to Miami in 1996 and opened what was then called Divine Delights in 2001. Today their daughters Leysi and Laura are involved in the day-to-day operations. Laura is director of sales and marketing and a cake designer, and Leysi is director of finance. Their client list includes Pitbull, Rihanna, Sarah Jessica Parker, Kim Kardashian, two Miami Heat championship cakes and many more.

We have just scratched the frosting surface on the mouth-watering goodies in the Sunshine State. Wherever you live, an incredible bakery is sure to be close by.

Costa is a writer, covering a range of topics, including local agricultural sustainability, women’s issues and information literacy. Her work has been featured in Cosmopolitan, GOOD Magazine and xoJane, as well as several local newspapers. She earned her master’s degree in journalism and her bachelor’s degree in English literature in her hometown of Orlando. 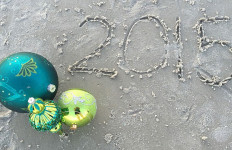 Unique Gift Ideas for the Florida Enthusiast in Your Life→ 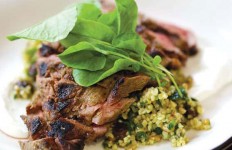 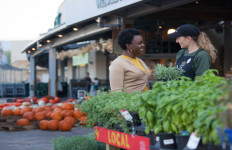 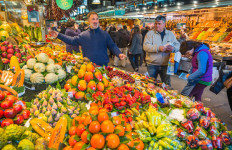