The largest mall in the U.S. is proposed for Dade County.

When is going to the mall not just about shopping?

When the mall you visit is conceived, designed and developed by a Canadian-based company, Triple Five. Although you might not have heard of Triple Five, almost everyone knows about Minnesota’s Mall of America — until now, the country’s largest mall. Well, move over Minnesota — the Sunshine State is about to make way for a 4-million-square-foot complex named American Dream Miami, a shopping and entertainment theme park that will be twice as large as the one in the “Land of 10,000 Lakes,” with the potential to be Miami-Dade County’s largest private employer.

Triple Five knows malls and entertainment as evidenced by the fact they have developed, owned and managed the world’s first, second and third largest tourism, retail and entertainment complexes of its kind: the Mall of America, the West Edmonton Mall in Edmonton, Canada where the company is based, and the soon-to-be-opened American Dream Meadowland Mall in New Jersey. Combined, these three projects alone will attract more than 112 million visitors annually, which represents more visitors to those three properties than both Disney properties, Times Square, the Las Vegas Strip, the French Quarter, Yellowstone National Park and the Grand Canyon. Large numbers of visitors does not even begin to describe the potential of this development.

“Although there are still hurdles to be overcome, this project has our full support,” said Larry Williams, president and CEO, The Beacon Council, the official economic development partnership organization for Miami-Dade County. “We fully anticipate that all the moving pieces will come together, and the project will move forward. We are very excited because it will bring over 40,000 direct and indirect jobs to the area and represents a $4 billion investment, plus $100 million in projected annual tax revenue. Triple Five did a magnificent job of coordinating the various parcels of land as it was ideal for this type of development.”

As a multiuse and significantly large development stretched across more than 200 acres, the proposed American Dream Miami project is planned for Miami Lakes, at the intersection of the Florida Turnpike and I-75. Large destination complexes of this nature often attract significant foot traffic from wealthy international tourists based on the demographics seen thus far at the developer’s other complexes.

Gov. Rick Scott and his cabinet in mid-April approved the sale of 82 acres of state land for Miami-Dade County, which in turn will sell the land to Triple Five. The developer also will pay $7.25 million to the Miami-Dade County School Board, which has a leasehold interest on 45 acres of the property. The development will be located on the western edge of Miami-Dade’s development boundary on vacant land currently covered with trees and cow pastures. Triple Five does not intend to hook into the county’s water system, instead preferring to rely on water from nearby Hialeah and its new water plant. If for some reason the project does not create 7,500 jobs in 15 years, Triple Five will pay up to $5 million to Miami-Dade County.

Miami-Dade Mayor Carlos Gimenez said he turned down Triple Five inquiries on county subsidies, but that he expects the company to seek state help. He also said Miami-Dade will hold at least five public hearings on the American Dream project as it works through the county’s regulatory process, which includes the zoning change needed to approve the complex.

The Miami-Dade Board of County Commissioners voted 11-2 to help speed along the development. The county’s school board also voted unanimously to surrender its lease in exchange for a $7 million payment from Triple Five, in addition to $1 million for internships and academic programs in hospitality, finance, engineering, IT and others. State officials also must approve the transaction.

Details of the American Dream Miami entertainment complex will ensure visitors have more than enough to attract their attention and their wallets with a mall featuring 500 stores, a rollercoaster, a water park, an indoor beach, a ski slope, a lake with real submarines, a skating rink, a mini LEGOLAND theme park, a sea lion show, hotels, condos and some additional as-yet-unnamed features and a large selection of restaurants.

Speaking of American Dream Miami, Greater Miami Chamber of Commerce CEO Barry Johnson said, “This project would bring jobs at all levels … and place us in the upper tier of encouraging local and international tourism in our county.”

As if this development project is not enough — Triple Five, has also expressed interest in relocating its Canadian headquarters to Miami-Dade County. Triple Five Worldwide is a multinational diversified conglomerate, development and finance corporation with offices in major U.S., Canadian and global cities that currently employs more than 5,000 people. Considering about 10 percent of Canadians already flock to sunny Florida during the winter months, it shouldn’t be a hard pitch to those employees to relocate. They will probably already have friends or family in Florida, at least part of the year.

Linda Hinkle is an experienced Marcom professional with more than 20 years of experience, a bachelor’s degree in journalism and an MBA in marketing. She has worked as a writer, business development specialist and project manager for both clients and agencies. She lives in Palm Harbor, Fla. 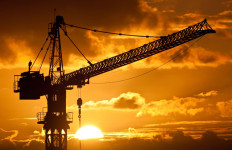 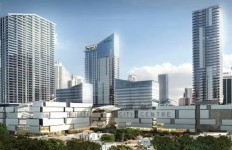 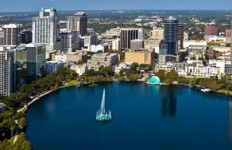 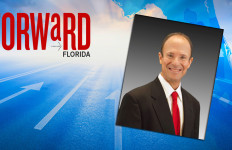