Nonprofits like the YMCA of Central Florida have filled critical community gaps during and after the Great Recession.

While the Great Recession put unprecedented stress and forced cuts in the private and government sectors, nonprofit employment grew an estimated 18 percent between 2000 and 2010 and accounted for 10 percent of the country’s workforce and 5.5 percent of the nation’s GDP.

The result: Lines have blurred between the business, public and nonprofit sectors, forcing greater interdependency than ever before in tackling complex community challenges and maintaining economic vibrancy.

In Central Florida, the YMCA has emerged as one of the most dynamic examples of how a nonprofit is taking the lead in filling gaps in critical social needs.

At the helm for the past 21 years has been President/CEO Jim Ferber. His vision, drive and execution have drawn praise from a U.S. president, a First Lady, the U.S. Secretary of Education, Florida’s two senators, the region’s top business and philanthropic leaders, as well as mayors and school officials from the six-county region served by the Y.

“By focusing and leveraging the incredible private-public sector resources we have before us, we can move the needle on things like combatting chronic disease, boosting graduation rates, supporting working families and more,” says Ferber.

As far back as 1994, when health-care reform was still a new topic, Ferber began nurturing partnerships with Florida Hospital, Orlando Health and other organizations to deliver community-based health and rehabilitation services at local Ys. Today, those partnerships have grown and evolved into groundbreaking models for how health-care organizations are adapting to changes prompted by the Affordable Healthcare Act.

“Little did we know when we launched the program [with the Y] in 2001 that shifting health-care services from hospital settings to alternative sites with lower cost structures would be as important as it has become,” cites Dr. Jamal Hakim, interim president and CEO at Orlando Health. “This partnership with the YMCA not only reduces costs, but also makes it more convenient for patients.”

With a lifelong passion for helping children succeed, Ferber has also pushed his team to tackle major education issues, such as declining reading scores and summer learning loss, which take an even higher toll on low-income students. Last summer alone, the Y’s academically based summer camp program provided 22,000 kids with more than 6.5 million minutes of reading time, as well as significant lesson time devoted to values, wellness and strengthening families.

For the past 15 years, it has partnered with Orange County Government and Orange County Public Schools to give more than 160,000 kids a safe, welcoming place to go after school for homework help, mentoring and enrichment. 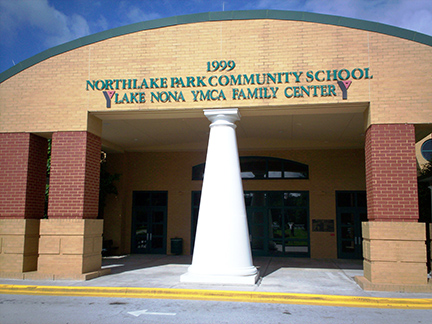 On a Mission to Strengthen Communities

As a mission-driven organization, the YMCA of Central Florida has been serving the region since 1885. With operations in Orange, Seminole, Osceola, Lake, Brevard and Marion counties, it serves more than 235,000 children, families and seniors annually, making it one of the region’s largest, most comprehensive nonprofits. Through philanthropy and fundraising, it also provides more than $8.5 million in financial assistance, membership and program subsidies to ensure the Y is available and accessible to those in need.

While its list of high-profile partners and donors continues to grow, its biggest benefactor by far has been Dr. Phillips Charities. Over the past 30 years, Dr. Phillips Charities has invested more than $30 million to build, modernize and expand Y programs and facilities, especially in at-risk communities that couldn’t otherwise support a Y. 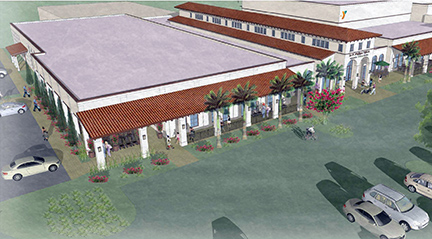 “We’ve found a partner who shares our commitment to making the community a better place to live,” comments Ken Robinson, president of Dr. Phillips Charities.

Most recently, Dr. Phillips Charities funded the expansion and transformation of the Dr. P. Phillips Y in southwest Orange County. The 80,000-square-foot facility is designed to become one of the premier “Healthy Living” Ys in the nation.

For example, a new partnership between the Y and Florida Hospital for Children’s Healthy 100 Kids is creating satellite clinics at three Y locations to help combat childhood obesity.

“Jim Ferber has changed the trajectory of the organization, in part, through sheer determination and vision. But more importantly, he has a huge heart for helping people and communities grow stronger,” says Helena Ryan, former chair of the YMCA Metropolitan Board of Directors. 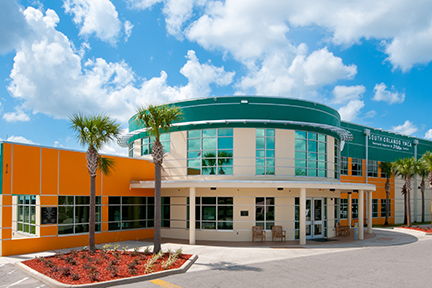 Tipping Point for the Future

To ensure the Y’s influence and impact continue well into the future, the organization recently adopted a long-range strategic plan that calls for engaging 20 percent of the region’s three million residents by 2018.

It’s a tipping point Ferber believes will change Central Florida for the better.

“At a time when so many people feel isolated and alone, the Y is bringing families and neighborhoods back together,” he concludes. “We provide meaningful opportunities for people of all ages and abilities to become healthier, happier and stronger. And that is what will make Central Florida an even better place to live, work and raise a family.”

This article was printed as “Mission Engagement.”