Millions of Americans suffer in silence. Every one pays a high price for mental illness.

Many responded with shock following the death of Robin Williams, wondering how a talented actor and comic genius could feel such despair that would lead him to commit suicide. It is commonly known that Williams suffered from depression, which led to even more questions. Isn’t a comedian supposed to be happy?

One of the greatest struggles with mental illness is that an individual may appear “normal” yet suffer in silence. Mental illness brings such stigma, often causing the patient to feel guilt and shame, which frequently results in failure to seek treatment or discuss the condition openly. For the family of Williams and many other Americans with some form of diminished mental health or a diagnosed mental illness, it’s a high price to pay.

The Centers for Disease Control reports that only 17 percent of all adults in the U.S. are considered to be in a “state of optimal mental health.”

Among those clinically diagnosed with mental illness, depression is most common, affecting 26 percent of the U.S. adult population. Recent evidence shows positive mental health also results in improved health outcomes. Mental illness, especially depression, complicates chronic conditions such as diabetes, cancer, cardiovascular disease, asthma and obesity. Even for those with mental illness and no associated medical condition, a depression diagnosis often leads to behavioral risk factors that are commonly associated with chronic illness, such as physical inactivity, smoking, excessive drinking or insufficient sleep.

In addition to the heavy emotional toll mental illness takes on patients and their families, the financial burden is significant as well. Depression is linked to higher health-care costs and higher mortality rates from suicide. In Florida, more than 2,800 deaths were linked to suicide last year alone.

Florida’s total expenditure for state mental health agencies is more than $740 million. While that amount may seem high, the per capita spending is only $39.55, which is 49th in the nation. More money needs to be spent on mental health, but what is the benefit?

The National Alliance on Mental Illness estimates that the economic benefits of treatment for depression has a ROI of $7 for every $1 invested. It makes sense when you compare the average Florida emergency room cost per visit at $2,887 to a crisis stabilization bed per day at just $292. The average annual cost to provide an adult mental health treatment is $1,551 vs. that same adult requiring admission to a state mental hospital, which typically costs $112,000.

The strong link to costs associated with mental health and medical conditions has many health-care organizations taking action, both in educating the public and greater coordination of care. Health care previously has had a disconnect between the medical and behavioral entities, without effective collaboration between the two.

In an effort to change the dialogue on mental health, mental illness and substance use disorders, the Association for Behavioral Health and Wellness (ABHW) launched the Stamp Out Stigma campaign. This initiative is directed at reaching one million people by the end of this year and enjoys collaboration between medical and behavioral health-care organizations. Members of the ABHW participating include Aetna Behavioral Health, Beacon Health Strategies, Cenpatico, Cigna, MHN, New Directions Behavioral Health and ValueOptions.

The nation’s largest independent behavioral health-care company, ValueOptions has maintained a strong presence in the Florida market for some time, with 650,000 people covered in its commercial lines of business (including commercial, employer based and employee assistance programs) and an additional 350,000 people covered in its Medicaid lines of business (which can vary at times due to members’ Medicaid eligibility).

“There are some exciting changes making their way in Florida,” says Joseph Wellman, Florida market president of ValueOptions. “For the first time this year, we are seeing a similar design being implemented in Medicare and Medicaid as was previously only available in commercial.” Wellman explains a wave of consumerism coming in health care which specifically affects our region: In Florida, Medicare recipients can change and have consumer-like choices in health plans. It also creates a level of competition that Medicaid recipients’ need that has never existed before.”

In addition to a more consumer-driven model, there is also a change in the way medical and behavioral health organizations communicate. Wellman explains, “Coordination of care is going to be a challenge for some time to come because there are strong separate traditions and we need to continue to do more integration. But what we’re beginning to see here is a stronger emphasis on utilization management and greater collaboration for care management.”

With an increased awareness on eliminating the stigma of mental illness, combined with greater communication between medical and behavioral health-care organizations, the hope is that positive changes will be forthcoming.

A reason to smile. 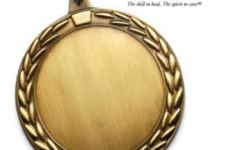 And The Winner Is…. Florida Hospital!→