The irony sticks out like a hypodermic needle. For all the science wrapped up in the Florida Translational Research Program (FTRP), its proof point of impact is most evident in simple numbers.

Scientifically, FTRP is focused on drug discovery to close the gap in what’s often referred to as the “valley of death.” It’s the gulf between the laboratory bench and the clinical bedside, where treatment breakthroughs languish, drug discoveries are delayed and patients perish. On average, an estimated $2.6 billion over 15 years is required to take a drug from discovery to commercialization. For perspective, last year an estimated 590,000 Americans died from some form of cancer. 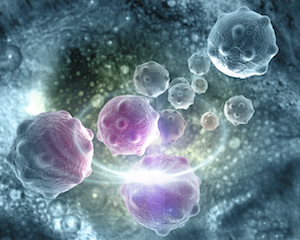 In essence, FTRP, located at Sanford Burnham Prebys Medical Discovery Institute at Lake Nona’s rising “medical city” in Orlando, gives basic researchers at universities and nonprofit institutes across Florida unprecedented opportunities to translate lab discoveries into new treatments. Instead of searching the nation for drug-screening resources, FTRP-funded investigators are sharing common ground — and resources. They are working together to conquer disease. Each FTRP project is devoted to either a specific disease, such as cancer, or a broader research area, such as rare diseases.

That’s on the medical side.

Now come the numbers. In terms of economic development, there has been a discovery of another sort: Investments in biomedical research have healing powers, too.

Such investments yield a 2.6-fold economic impact, according to published reports. FTRP has attracted nearly $5 million in out-of-state grant funding — dollars that likely would have been disbursed elsewhere nationally. There are five patents pending. More than 60 projects have been completed in cancer, neurological disorders, diabetes, and infectious disease research. Also, there are commitments from venture capital firms to commercialize discoveries.

Those outcomes resulted from a move made in 2011 by Gov. Rick Scott in a quest to broaden the state’s economic foundation. Scott issued a call for new ventures to catapult Florida into the lead in U.S. biotech innovation. Sanford Burnham Prebys, having arrived in the state two years earlier, answered by proposing the Florida Translational Research Program. The hope was that the state could help create a pipeline of potential medicines by giving Florida-based research scientists access to its Prebys Center’s advanced drug discovery technology platform and expertise.

The Florida Department of Health allocated $3 million in 2012 in support of Sanford Burnham Prebys’ ideas and the FTRP was launched. Funding was slated to continue at $3 million annually from a recurring trust fund (equaling 1 percent of the cigarette sales tax) plus $2.6 million non-recurring general revenue for a total of $5.6 million. Notably, funding last year was vetoed by Scott, and the current status remains unsettled.

Talk to Layton Smith, Ph.D., director of Drug Discovery at Sanford Burnham Prebys, and he’d much rather discuss molecules and new research models than money. In the past, Smith has employed molecular biology to help “identify small molecule probes of the apelin receptor using a high-throughput screening strategy.” These days, he’s seeking to reinvent the drug discovery process.

He calls his current ROI “small potatoes” compared to a bigger picture. “What if we come up with a new effective therapy for diabetes, for example?” Smith asks.

Smith cites recent advances in medical treatments, which have substantially raised survival rates, noting, “The bulk of that success can be attributed to novel therapeutic discovery.”

He then points to the cost of care for diseases such as cancer, which in Florida is projected to cost $25 billion by 2020, the second highest state in the nation. ROI can be found in dollars saved on expensive and often invasive treatments that may become unnecessary by virtue of drug discovery, he says. Additional dollars are saved in the reduction of time required to commercialize drugs. Also, of course, there are the savings in lives spared.

“That’s fundamentally what we’re trying to do in a way that is faster, cheaper, better than it’s been done in the past,” comments Smith.

“Programs like FTRP and other drug discovery operations worldwide are arming physicians with the tools they need to treat patients.”

Aside from funding, contends Smith, the key to success is collaboration: “The progress that we’ve made has been amazing. But it takes clinics and patients and researchers all working together through a sustained research process to find the fundamental basis of disease and then to turn those findings into drug discovery projects.”

Experiments bring knowledge, which then must be applied to develop new cures. Said another way, FTRP isn’t the end all/be all; it’s the start.

Across Florida, all Florida universities with biomedical programs participate in FTRP, along with nonprofit research institutes and clinical organizations such as the Mayo Clinic and Moffitt. FTRP sends out requests for proposals in the spring and fall. Proposals are reviewed by independent peers from academia and the pharmaceutical industry. Dependent on funding, at any point there are 15 to 16 projects at various stages of the discovery life cycle.

Among the proposal criteria, there’s an emphasis on meeting unmet medical needs — a research trend that has been gaining momentum for more than the past decade. There are some 7,000 diseases, but only about 2,500 have therapies.

At FTRP, as its name suggests, the accent is on “translational,” ultimately helping to translate research into cures — the real ROI.

To accomplish that goal, Smith isn’t looking to reinvent the wheel, just create a new model.

“We have been successful at becoming the node in Florida’s network of science,” he says.

“The world is changing extraordinarily fast, and we have the opportunity to really set the tone. And we are doing that with FTRP.”

Orlando Tragedy: What Do I Tell My Children?→