In 2011, Gov. Rick Scott issued a call for new ventures to catapult Florida into the lead in U.S. biotech innovation. Projects would have to meet three broad criteria: (1) elevate science across the state in an open and competitive way; (2) build on existing resources and infrastructure; and (3) show potential to be self-sustaining over time.

Answering this call: Sanford-Burnham Medical Research Institute at Lake Nona. The Institute proposed the Florida Translational Research Program and outlined how the state could help create a pipeline of potential medicines by giving Florida-based research scientists access to its Prebys Center’s advanced drug discovery technology platform and expertise.
The Florida Department of Health allocated $3 million in 2012 in support of Sanford-Burnham’s ideas and the FTRP was hatched.

Subsequently, a team led by Layton Smith, Ph.D., assistant professor and director of Drug Discovery at Sanford-Burnham in Lake Nona, issued a request across the state for drug discovery proposals.

While researchers typically wait years or longer to secure federal funding, the FTRP provided some with almost instant support.

Sanford-Burnham, which arrived at Lake Nona in 2009, a national coup following a very public and intense recruitment, was paying more dividends.

The Valley Of Death

Each FTRP project is focused on either a specific disease such as cancer or a broader research area like rare diseases. And all land squarely at “the valley of death” – the gulf between the laboratory bench and the clinical bedside – where treatment breakthroughs languish, drug discoveries are delayed and patients perish.

Not coincidentally, that gulf is shrinking in Florida.

“The immediate and potential long-term impact of this funding on my research cannot be overstated,” says UCF program participant Cristina Fernandez-Valle, Ph.D.

Yuk-Ching Tse-Dinh, Ph. D., a professor of chemistry and biochemistry at Florida International University and director of the Biomolecular Sciences Institute, agrees. Also an FTRP partner, she spends her time investigating bacterial pathogens, which provide a target for discovery of new antibiotics to combat multidrug-resistant infections. Much of what she accomplishes could not be done without the inherent partnerships of the program.

Inside the facility at Lake Nona, hundreds of thousands of drug-like compounds are run through what’s called high-throughput-screening assays to identify molecules with the greatest therapeutic potential. When those assays produce viable hits, trials are conducted among promising candidates for efficacy and safety.

Essentially, the FTRP’s emergence as a drug discovery catalyst is filling a void created by a decline in federal research funding and mounting risk aversion in the pharmaceutical industry.

And, as a result, the state’s economy is getting a bit healthier.

“I think the potential for economic impact could be enormously significant,” says Smith, pointing to the program’s founding vision of accelerating growth within the medical industry to diversify Florida’s economy.

Now entering its third year, the FTRP has amassed a portfolio of 32 collaborative drug discovery projects involving nine institutions, including the aforementioned plus Florida International University, Moffitt Cancer Center and Nemours Children’s Hospital. The program is advancing promising research toward the stage where discoveries can attract commercial interest, according to Smith, who adds that the FTRP is on track to achieve self-sustainability through royalties and licensing agreements

Moreover, it has all the makings of a powerful economic pill, cites Smith: “The signs are there.”

Noting that drug discovery is a long and costly process, Tse-Dinh adds: “To achieve our ultimate goal, along the way we have to get federal funding or money from a large pharmaceutical company, which brings dollars to the state in the formof new research funding.” The process can also result in the creation of new biotechnology companies, further aiding the state’s economy.

The FTRP filed its first patent, “a first step in the return on investment that the governor was looking for,” Smith cites. And two FTRP principal investigators have parlayed the state’s initial discoveries into out-of-state grants that will further advance their discoveries. One is Mayo Clinic in Florida researcher and associate professor Pamela McLean, Ph.D., who has received funding from the Michael J. Fox Foundation.

When McLean applied to the FTRP in 2013, she was looking for state support in her search for breakthrough Parkinson’s disease therapies. Now, she has access to the Prebys Center’s and the National Institutes of Health’s libraries of 900,000 compounds and industry-trained drug discovery experts.

Across the state, FTRP research hasn’t yet reached the finish line. Such advancements require years. Also, there are still many unmet needs – largely for rare “neglected diseases.” But, there is progress. And there is impact.

In turn, researchers have embraced something infectious Ð collaboration.

“All the stakeholders in this partnership are working hard to reinvent the drug discovery process,” concludes Smith. 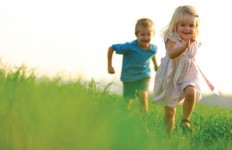