Categorized in the trade/technical category, four of the awards were for writing excellence and two for design excellence.

“The goal of FORWARD Florida’s new ownership and management team has been to build on the magazine’s rich tradition of telling this state’s economic development story to the world, and to take that reporting to the highest level possible,” said Publisher Susan Revello.

“As a first-time entrant, among more than 600 entries, we are honored to have won six awards, a confirmation we are reaching our target audience with a truly high-end business magazine. Our research and in-depth reporting combined with Art Director Melissa Woods’ compelling design breathes new life into business journalism,” added Revello.

“I want to thank the great team we have assembled who pour their hearts into this mission every day: Joel Brandenberger (Legislative Update), Melissa Woods, Kim DeBower, Krystina Ramos, Jeff Rembert, Amber Biram, Mike Candelaria, Alex Jackson and Scott Gould. But I also want to thank our advertisers for their support as we transformed this economic development publication from one that focused solely on Orlando and Florida’s Super Region to one that covers the entire state while continuing to emphasize our home base,” she said.

She offered special thanks to the Central Florida Partnership and its president, Jacob Stuart, for their unwavering commitment to the magazine. Stuart and the Orlando Chamber originally founded the magazine nearly 20 years ago as First Monday, before it was sold to private interests and renamed FORWARD Florida.

The Charlie Awards, incepted in 1957, are named for the late Charles G. Wellborn, Jr., a professor in the College of Journalism and Communications at the University of Florida in Gainesville.

FORWARD Florida publishes quarterly and is mailed in state and around the country to C-level executives, site selectors, economic development professionals, venture capitalists and legislators in Tallahassee and Washington. The media company is also pursuing a strong digital presence through its website (forwardflorida.com) and engagement in other digital/social media platforms, including Twitter (@forwardfla) and Facebook. 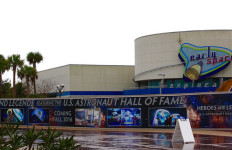