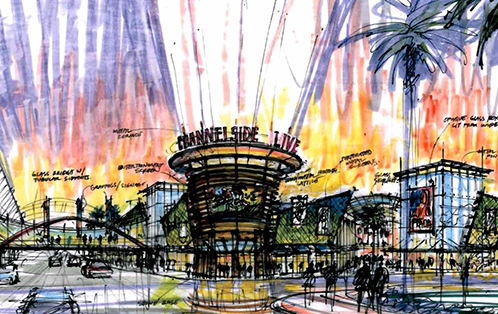 Port Tampa Bay’s newest attraction is becoming a reality. At press time, a federal bankruptcy judge was expected by mid-July to clear the way for a major overhaul of Channelside Bay Plaza. In early July, the Tampa Port Authority approved a $7.1 million auction bid by Tampa Bay Lightning owner Jeff Vinik’s CBP Development to take control of the plaza. Vinik’s group plans to create an open-air entertainment complex, modeled on L.A. Live, an entertainment area in downtown Los Angeles near the Staples Center.

Sarasota, get ready for Elon Musk. Tesla Motors, the maker of electric cars that go 265 miles between electric charges and cost up to $100,000, has designs on a showroom inside the Mall at University Town Center. It would be the sixth location statewide for the company, which was founded by Musk, the billionaire inventor who also likes to travel in rockets  via his California-based company SpaceX. His company’s goal is to make humanity a multiplanet species. Zoom, zoom.

The 50th Annual Florida Economic Development Conference held in June in Tampa Bay featured top professionals building and promoting the state’s economy. In addition to awards, there was insight, education and motivation — sometimes all rolled into one. In a stirring speech, Tampa Mayor Bob Buckhorn urged: “Come hell or high water, we will find a way to bring the best and brightest to Florida. We have to change the DNA of Florida.” The conference ended with this general pronouncement: Florida will be known as the “Mouse House” and a spot for tourism, yes, but also soon will be etched on the map for business incubators, technology sectors, booming manufacturing and trade.

A leisurely weekend at Bernie’s just might be possible. After delaying his announced retirement at the request of Gov. Rick Scott and the University of Florida’s Board of Trustees. UF  President Bernie Machen plans to step down Dec. 31 — exactly one year later than his original date. The search for a replacement was suspended but has now restarted, with several candidates already applying. Machen has been at UF since 2004.

Texas’ university system? No. North Carolina’s Research Triangle? No way. The Super Region’s three public universities? Bingo. The University of South Florida, UF and University of Central Florida collectively were granted more patents (239) than the 226 granted to the University of Texas system, along with Rice and Texas A&M, and also the 130 garnered by the Research Triangle (Duke, North Carolina State and North Carolina at Chapel Hill). The numbers were compiled by the National Academy of Inventors and Intellectual Property Owners Association. Each of the three Florida schools ranked in the top 40 universities worldwide for patents granted in 2013. 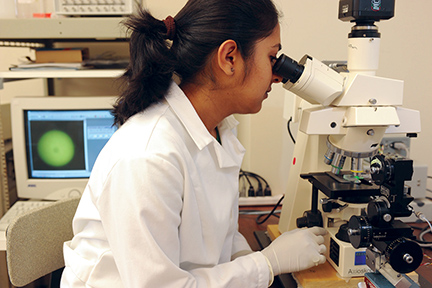 The Florida Institute of Technology has joined BioFlorida, the statewide trade association for the bioscience industry. BioFlorida allows Florida Tech faculty and student researchers to tap into the organization’s industry-specific research and development. For example, premedical students majoring in biomedical engineering, chemistry, biology, physics, biochemistry and molecular biology will now have more access to resources in pertinent topics. Also: An FIT proposal to test a special camera on the International Space Station was selected for funding by the Center for the Advancement of Science in Space. The test, to be undertaken next year, involves building an extreme contrast ratio camera into an 8-inch box that will be installed in a cabinet with other research projects.

A company that brought in a net of $7.1 billion for 2013 with revenue of $849 million is moving major operations to Tampa. Quest Diagnostics is investing more than $9 million and hopes to hire as many as 350 people for a new national operations center near Moffitt Cancer Center’s McKinley campus. The  48,000-square-foot facility will help to standardize and employ advanced technologies to promote fast customer response and quality enhancement for health-care providers. The New Jersey-based company also has a national operations center in Kansas.

Long distance surgery is one step closer to reality at the Florida Hospital Nicholson Center in Celebration, thanks to a $4.2 million grant from the Department of Defense. The results of research: Modern, well-connected facilities possess the communication bandwidth needed to safely perform telesurgery. While the technology is available, the wait continues for business cases and the required regulatory approvals. The grant also funded creation of the world’s first standardized robotic surgery curriculum, called the Fundamentals of Robotic Surgery.

There’s a healthier outlook in the City of Oviedo in fast-growing east Seminole County. That’s because the Florida Agency for Health Care Administration has approved the Oviedo Medical Center LLC’s application to build an 80-bed hospital on 48 acres. The hospital construction project will include expansion of the adjacent Oviedo ER to provide more emergency beds as well as a full range of medical and surgical services. The hospital will be an HCA affiliate. Also: Brandon Regional Hospital, another HCA facility, has announced plans for a $60 million expansion and renovation, including the addition of more than 25,000 square feet. The three-tier project is slated for completion in late 2016.

Healthy collaboration: USF has completed a transfer of 1.4 acres of land to All Children’s Hospital Johns Hopkins Medicine in St. Petersburg, a move that symbolizes the long-term, shared commitment to continuing the training of USF Health Morsani College of Medicine medical students. The land — donated by the state to USF in April — was transferred by USF as a gift to All Children’s Hospital. The property will be used to develop a research, education and training facility to support innovations in pediatric care and expand the future joint efforts of the two organizations. The transferred land is adjacent to the existing Children’s Research Institute and the All Children’s Hospital Outpatient Care Center.

With manufacturing such an obviously vital component to Florida’s continued economic turnaround, the state took a giant step in helping the industry become more competitive through the elimination of sales tax on manufacturing machinery and equipment. The new law, which became effective on April 30, is expected to attract more businesses to the state, increase Florida-origin exports, and create jobs and capital investment. The state ranks among the top 10 in the nation for manufacturing, with 18,000 companies employing more than 311,000 Floridians.

Airports are economic drivers. (See macro cover story, Page 34.) Here’s one emerging micro example: A rejuvenated and revamped Lee Vista Promenade is gaining the attention of national retailers these days after the site had languished in foreclosure for three years. The 295,000-square-foot center would add greater shopping and dining options near Orlando International Airport. In addition, with construction valued at up to $59 million, the more than 500 temporary construction jobs and eventual permanent jobs would heighten the local economy before the resulting global retail spending takes flight.

The transformation has begun. And Kennedy Space Center is counting on the Space Launch System. In preparation for the first test flight of the SLS rocket and Orion capsule, planned for 2017, KSC is in the midst of renovating its Vehicle Assembly Building and surrounding facilities. In a recent presentation, KSC Director Bob Cabana optimistically detailed post-shuttle plans of creating a multiuser center that supports both government and commercial missions. He also used ominous words: “If we do not have this capability to fly beyond our planet to explore on a government rocket … we don’t need KSC anymore.” The first crewed Orion flight is scheduled for 2021, with plans to fly to an asteroid by 2025.

Nanotherapeutics, a local biotech company in Alachua, has attracted a $30 million loan from Hercules Technology Growth Capital, a publicly traded technology finance company in California. Nanotherapeutics is building a $135 million, 165,000-square-foot manufacturing facility on 30 acres in Alachua near Progress Park, which has strong ties to the UF tech scene.

Was AUVSI’s Unmanned Systems 2014 convention in May a prelude to what’s just ahead? AUVSI, the Association for Unmanned Vehicle Systems International, a nonprofit industry organization of more than 7,500 members headquartered in Washington,  D.C., certainly thinks so. Ditto for Space Florida. At present, drones cannot be used for commercial reasons (with a few exceptions). The Federal Aviation Authority, though, is working on a plan to safely integrate drones into the airspace. When that happens, expect to see drones applied to agriculture, forestry and emergency response. In the next five years, 7,500 drones could be flying at any given time in U.S. airspace. The conference in Orlando attracted approximately 8,000 attendees.

Kissimmee has lassoed the National Rodeo Finals in what officials hope will be a bullish move on the economy. The Professional Rodeo Cowboy’s Association will bring its championship to the Silver Spurs Arena each March for 10 years. Osceola County will  pay approximately $1 million to host the event, which is expected to draw about 30,000 over five days. Kissimmee steered the rodeo away from Las Vegas.

This article was printed as “ETC.”