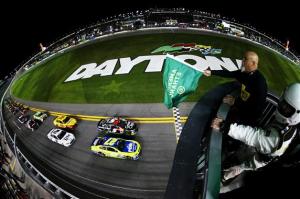 The green flag has dropped on Speedweeks 2015 at Daytona International Speedway (DIS). And while pumping up the heart rate of race fans, it’s also pumping big dollars into the fuel tank of Florida tourism.

The annual stock-car festival roared into action this past weekend with the Sprint Unlimited and pole qualifying; it concludes February 22 with the Daytona 500. Jeff Gordon will mark his final appearance in the race by starting from the pole. The event attracts major media coverage, big-money corporate sponsors and top stars such as Vince Vaughn and Kid Rock.

Though not yet ready for the finish line, the $400 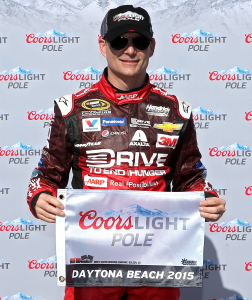 million upgrade known as Daytona Rising is adding another element to this year’s Speedweeks. Now midway to completion, the project already features 40,000 wider, more comfortable seats and escalators to guide fans to them. By this time next year, more than 100,000 seats will be improved, with twice as many restrooms and three times as many concession stands. Well-heeled fans and corporate guests will benefit from more than 60 luxury suites with track-side views and a completely revamped hospitality experience. When finished, Daytona Rising will have created more than 6,300 new construction-related jobs, $300 million in labor income and $85 million in tax revenue.*

This is in addition to the already substantial local impact of speedway operations. According to International Speedway Corporation (ISC) CEO Lesa France Kennedy, the venue and its events now generate more than $1.8 billion annually. ISC and DIS also are responsible for more than 18,000 permanent jobs and close to $250 million in tax revenue. More than 60 percent of fans travel from outside Florida, while over half of all race week attendees stay five or more nights in the state during their visits. These remarkable totals help explain why Forbes named Kennedy the most powerful woman in sports. 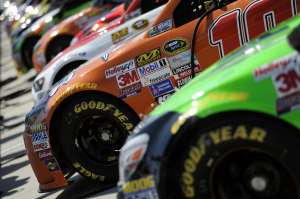 One potential speed bump facing ISC and DIS is the Florida Legislative Budget Commission. Since the Florida Department of Economic Opportunity recently chose not to rank the applications of sports venues vying for state funding, the commission must now decide which ones are most deserving. Some in Daytona Beach are concerned that Daytona Rising may be passed over in favor of ongoing soccer and football projects elsewhere.

Proponents argue that, unlike the other venues, there’s rarely a week in which the 500-acre Speedway grounds are not busy. Just a few weeks ago, the Rolex 24 Hours of Daytona attracted race teams and fans from across the globe to the facility, showcasing the Daytona brand to a worldwide audience. And with the completion of Daytona Rising, Kennedy and her team hope to add even more activity to the facility’s calendar, including potential college football games, soccer matches and major music festivals. Whatever decision is made regarding state taxpayer dollars, it’s expected to have little or no impact on long-range Speedway plans.