Can’t decide whether to go to the game or watch it on TV? Now you can do both.

Thanks to Central Florida-based imediaReach®, attendees at several sporting events during the past year have taken part in a new technology demonstration that has the potential to dramatically transform the “live” experience. These fans downloaded a special app called LiveEventTV™ to their smart mobile devices, plugged in a small antenna and received multichannel live-streaming HDTV of the event they were attending, in addition to the play-by-play radio broadcast, local news channel and stats. And all these channels were available without impacting fans’ data plans.

“[With the] LiveEventTV technology, every seat in any venue becomes the best seat in the house,” says Gary Bonner, co-founder of imediaReach. The app is also targeted to the entertainment industry, such as live concerts, he noted.

The Winter Springs-based company, a client of the University of Central Florida Business Incubation Program, uses UHF rather than cellular or WiFi to steam live multichannel HDTV to the end-user’s smart mobile device. As such, LiveEventTV can handle a stadium full of users without any negative impact to network capacity and broadcast performance.

Says Bonner: “With LiveEventTV, fans can have it all right in the palm of their hands — all the sights, sounds and fun of the live event combined with all the extra video, audio and data streaming live to their smart devices.”

UCF, together with NASA’s John F. Kennedy Space Center and an early-stage startup company HySense Technology, recently were recognized by R&D Magazine for developing and producing one of the top 100 innovations of the year.

The award, known as the R&D 100, is widely regarded as the “Oscars of Invention.”

UCF researchers at the Florida Solar Energy Center began work on the breakthrough technology, a color-changing tape to visually detect hydrogen leaks, under a grant from NASA’s Glenn Research Center. Use of hydrogen as industrial feedstock in the chemical industry and fuel for space exploration carries the risk of a destructive accident if a hydrogen leak — able to burn at more than 5,000 degrees Fahrenheit when ignited with as little as a static spark — isn’t pinpointed and fixed quickly.

The color-changing concept for a visual cue was conceived by UCF’s Ali Raissi, Ph.D., who developed a chemochromic pigment (a type of pigment that changes color in the presence of a particular chemical) with a team of scientists, including Nahid Mohajeri, Ph.D., who would later bring the invention to market.

The UCF team sent its original tape and pigment to NASA engineers, who tested it for use on the launch pad and incorporated the pigment into other materials such as textiles used to make space suits.

UCF and the University of Florida have joined forces to research the materials, sensors, actuators, power so

urces and electronics that are expected to drive the “Internet of Things” — the interconnection of the cyber and physical worlds, which engineers predict is the future of the Internet.

By 2020, engineers predict that 20 billion items will be connected to and controlled through the Internet, such as thermostats, cars and even coffee makers.

The UCF-UF partnership is called the MIST (Multi-functional Integrated System Technology) Center and was selected by the National Science Foundation to play a leading role in researching the next generation of “smart” electronics. Funded through an NSF program that combines federal money with industry investments in strategic research, the MIST Center will receive $880,000 from the NSF and about $4 million from industry and government partners.

“The MIST Center will shape what our smart electronics will look like in the near future,” says Jiann-Shiun Yuan, UCF MIST director and a professor in UCF’s Electrical and Computer Engineering division. “Our faculty and students will have the opportunity to perform advanced research driven by industry needs for smart sensors and integrated systems.”

The MIST Center will also feed manufacturing-ready technologies to the newly established International Consortium for Advanced Manufacturing Research in Osceola County. UCF, Osceola, The Corridor, the Metro Orlando Economic Development Commission and other partners are building the 100,000-square-foot, state-of-the-art research center focused on the manufacturing of Smart sensors to target the mega-growth technologies offered by the Internet of Things.

The MIST Center, which will host its inaugural meeting with industry and government partners in December, is a collaborative center housed in UCF and UF.  The team comprises faculty from multiple disciplines, including electrical engineering, mechanical engineering, materials science and engineering, biomedical, and chemistry, and the UCF College of Optics and Photonics. Yuan and Hyoung Jin Cho, professor, Department of Mechanical and Aerospace Engineering, lead the UCF team. Toshi Nishida and David Arnold, professors in Electrical and Computer Engineering, lead the UF team.

“The opportunity to work with NSF, UF and industry on this strategically important research boosts our national and international visibility and is a win-win for all involved,” says Michael Georgiopoulos, dean of the College of Engineering and Computer Science.

In October, President Obama announced the competition, signaling the White House’s support of investment in this area and the belief that photonics — a new technology harnessing the power of light and lasers — will be a cornerstone in manufacturing’s future. UCF’s College of Optics & Photonics and its Center for Research and Education in Optics and Lasers (CREOL), a recognized national leader in its field, are uniquely positioned to lead the effort, cites MJ Soileau, UCF’s vice president for Research & Commercialization.

“We are in full-court-press-mode to develop a proposal,” he says.

The creation of a federal Photonics Manufacturing Institute for Manufacturing Innovation in Florida would greatly add to the roughly 30,000 photonics-related jobs in the state, noted Alex Fong, president of the Florida Photonics Cluster. While a 2009 report by The Corridor and Florida Photonics Cluster put the gross regional product at $3.65 billion and sales of these companies at $7.27 billion, the national impact of the industry rises to more than $3 trillion.

While pursuing the federal money, UCF and its partners are not waiting to move forward with construction of the center. The Corridor will contribute $1 million initially. The Corridor also will expand the scope of its signature Matching Grants Research Program at UCF, the University of South Florida and the University of Florida to include sensor-driven advanced manufacturing. Up to $5 million of matching funds will be available for research activities and the operation of the consortium over five years.

“From the outset it was clear that this partnership with UCF and Osceola County has the potential for a huge impact in terms of jobs and opportunity that will change our economic landscape, but little did we know it could happen this rapidly,” says Corridor President Randy Berridge. 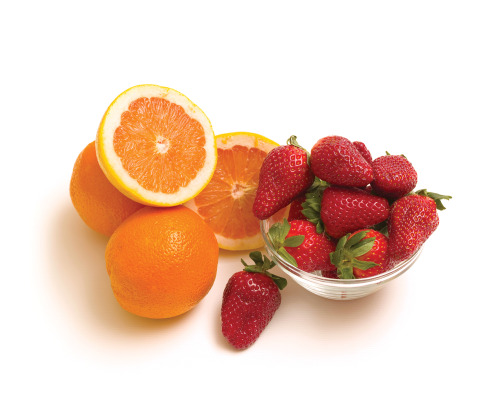 Among the key funding: $29 million to deliver workplace training through 2016; $19.3 million to improve disease detection in citrus and strawberries; $15.2 million for the advancement of robots in the military; and federal support of $72.2 million, including funding as Florida’s only Multidisciplinary University Research Initiative award recipient; and $59.4 from industry and professional and nonprofit organizations and $14 million in state and local funding.