Julia Grimwade, right, and Alan Leonard in the lab at Florida Institute of Technology, where the pair, who are married, have spent the past 25 years delving into the processes in which cells grow and divide – a key to understanding diseases as varied as bacterial infections and cancer.

To better understand the fabric of life, Florida Tech researchers focus on separating its strands.

As a sophomore at Wellesley College, Julia Grimwade stepped outside of her normal studies as a chemistry major and took a summer internship with the American Cancer Society.

Working under a researcher who focused on understanding how genetic instructions are used to create proteins and other materials during early development of an embryo, she discovered her love for DNA. She then took the first steps toward a decades-long career in unraveling its mysteries.

“Because I was essentially an untrained undergraduate [the researcher] wanted to see my technical skills. So he handed me this tube of sea urchin DNA  and said, Clean this up for me,'” Grimwade recounts. “Genomic DNA is long and it is stringy, and when you clean it up, you can wrap it on a glass spool like cotton candy or thread, and it is like magic. It is the coolest thing ever. As soon as I saw that I said, ooh, my gosh. This is so cool.'”

Now, Grimwade is a Florida Institute of Technology biology professor and chair of the Premedical Biology program. She and Alan Leonard, her husband and fellow Florida Tech biology professor, have spent the past 25 years studying cell growth and division processes that are critical to understanding and, therefore, preventing and treating diseases as varied as bacterial infections and cancer.

“All cells have to duplicate themselves in order to reproduce, and normally that’s a really tightly controlled process,” Grimwade says. “When it isn’t tightly controlled in humans, we get things like cancer. In bacterial systems, if it isn’t controlled and they infect us, then we get infectious diseases.”

By determining the key stages in the DNA separation process, Grimwade and Leonard are working to develop ways to inhibit cell duplication, which could prevent the growth and spread of a number of diseases.preventing diseases Grimwade and Leonard’s research has its roots in the beginning stages of molecular biology. In the 1960s, a professor named Charles Helmstetter (who later taught at Florida Tech) set out to learn more about how cells divide and the rules governing the process known as the cell cycle. Researchers had previously determined that, in order for cells to duplicate themselves faster, they needed to either copy their DNA faster or begin the copying process in a more efficient way.

Thanks to Helmstetter and his colleagues, scientists now understand that cells don’t usually change the rate at which they copy their DNA, but that the key to faster replication is the rate at which cells begin their copying process, called initiation.

According to Grimwade, initiation has two major factors that make it such a complicated process. “First of all you have to start it somewhere, so how do you know where to start?” she notes. “And secondly, DNA is double stranded and it can only be copied when it is single stranded; so something has to happen to separate duplex strands so that the machine that makes the DNA can do its job.”

The process in which those duplex strands are separated is where Grimwade and Leonard focus. Helmstetter recruited both professors to come to Florida Tech in 1989 and, once there, they took an approach founded in molecular biology, rather than the mostly physiological research Helmstetter was doing milestone achievements.
Since then, Leonard and Grimwade have achieved several milestones, which have led to more than $2.8 million in grants from the National Institutes of Health.

One such milestone happened around 1995, when they developed a high-resolution method to identify protein-DNA reactions at the site where chromosome replication begins, a site Leonard had isolated earlier in his career. This proved invaluable to their future research, because it allowed them to identify regions of several crucial protein interactions in 2004 and 2010.
In 2012, Grimwade and Leonard developed an easy method for placing mutations into the DNA, simplifying the way they looked at possible protein-DNA reactions. Recently, they have used these mutations to characterize the stages of initiation and to understand the role of specific proteins in this process. But as they’ve done these manipulations, they’ve found that other proteins are changing their behaviors to compensate.

Their more recent findings have confirmed that even in the simplest of systems, the beginning of chromosome replication is a very complicated process, and is one best studied by asking simple questions and letting the answers lead to the next set of experiments.
Heady stuff, indeed.

Through the ups and downs, their passion for science and discovery keeps both Grimwade and Leonard motivated to continue looking for answers. “The project still excites me in the same way that it did when I was a young grad student in the 1970s,” Leonard says. Grimwade agreed.

“Sometimes it’s just you got so far, you really want to know,” she says. “It’s like, I’m so close to actually knowing we can do this!’ A lot of it is you want to see the end of the story.”

Advances – Molecule by Molecule. Since starting on her line of research, Florida Tech’s Julia Grimwade has seen quite a few improvements.

Here’s a look at some of the changes in the materials and methods available for molecular biology researchers:

NOW: Premade enzymes that can be shipped overnight

THEN: Making them by hand in a lab

THEN: Using radioactive materials to assist in imaging

NOW: Kits that do some of the basic prep work of isolating DNA

THEN: Doing it yourself in the lab

NOW: Send samples by FedEx and within days get more sequences than could be generated

THEN: DNA sequencing technology used to be done by hand 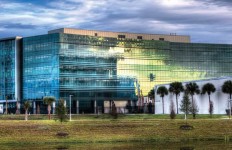