Nothing illustrates how fast drone technology is moving than the fact that Amazon.com officials already are complaining that the Federal Aviation Administration’s (FAA)  limited approval for the company to test drones is, effectively, obsolete.

“We don’t test it (the FAA-approved drone) anymore. We’ve moved on to more advanced designs that we already are testing abroad,” Amazon Vice President for Public Policy Paul Misener told a congressional committee on Tuesday (March 24).  He urged the FAA to move more quickly in approving drone testing and to approve less restrictive permits.

Nonetheless, most observers agree that the FAA’s approval of the Amazon drone test – however limited the victory may be for the company – is a sign that drone technology in business is here to stay. Florida appears well positioned to take advantage of this next big leap, though businesses in the state have suffered some of the same frustrations as Amazon.

In 2013, Florida wasn’t among the six states selected by the FAA to test and develop drones for commercial use. Space Florida, established through Florida Statutes to lead the development of tomorrow’s space industry statewide, had spent a reported $1.5 million to lead the effort in winning FAA favor.

Space Florida proposed a network of up to 12 ranges across four areas of the state, including Cape Canaveral, along with a mobile system for tracking test flights. At the time, Frank DiBello, Space Florida’s CEO, proclaimed: “The skies over Florida will look dramatically different in the years to come. … We’re positioning Florida with a foothold in a new industry. This is a thing that’s good for the evolution of the aerospace industry in the state, and we need to take that action and move on it.”

At the time, the business of Unmanned Aircraft Systems (UAS) — lightweight, remote-controlled or self-controlled aircrafts that offer an inexpensive eye in the sky — was projected to boom. The Association for Unmanned Vehicle Systems pegged the total of new related jobs at more than 70,000 in the first three years after the feds lift drone restrictions on U.S. skies, with those jobs arriving with annual salaries in the range of $85,000 to $115,000. The trade association also forecasted a nationwide economic impact of $82 million from 2015 to 2025 and the creation of 103,776 jobs. According to the Consumer Electronics Association, drone shipments are expected to jump from 250,000 units in 2014 to nearly a million by 2018.

Sunny Florida, though, appeared left in the cold.

Last month, the FAA proposed a “framework of regulations” allowing for the routine use of certain drones in today’s aviation system, while maintaining flexibility to accommodate future technological innovations. The FAA proposal offers safety rules for small drones (under 55 pounds) conducting non-recreational operations. The rule would limit flights to daylight and visual-line-of-sight operations. It also addresses height restrictions, operator certification, optional use of a visual observer, aircraft registration and marking, and operational limits. In addition, the proposed rule also includes extensive discussion of the possibility of an additional, more flexible framework for “micro” UAS under 4.4 pounds.

“Technology is advancing at an unprecedented pace and this milestone allows federal regulations and the use of our national airspace to evolve to safely accommodate innovation,” said Transportation Secretary Anthony Foxx during the announcement of the proposal.

The FAA is asking the public to comment on this possible classification to determine whether it should include this option as part of a final rule. The FAA is also asking for comment about how the agency can further leverage the UAS test site program and an upcoming UAS Center of Excellence to further spur innovation at “innovation zones.” Separate from the proposal, the FAA intends to hold public meetings to discuss innovation and opportunities at the test sites and Center of Excellence. Those meetings will be announced in a future Federal Register notice.

This won’t happen overnight, of course. The FAA is historically a deliberate mover. Buzz, however, is already building across Florida. There’s even a bit of ascension

Following the disappointment of two years ago, DiBello insisted that Space Florida’s investment wouldn’t go to waste, with the state continuing to focus on luring companies into drone development. And there has been success. Just look at companies like CineDrones in Orlando and Prioria Robotics in Gainesville. 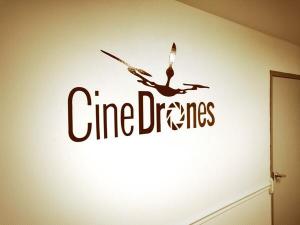 CineDrones supplies high-end aerial systems for use in aerial filming and industrial use, with a team of pilots that hold FAA Instrument Flight Instructor certificates and Commercial Pilot certificates for both land and sea. Prioria Robotics is a developer of small unmanned aerial vehicle systems and related technologies, most notably the Maveric, a breakthrough composite carbon fiber drone.

Last May, the Association for Unmanned Vehicle Systems International hosted its annual conference in Orlando, attracting about 8,000 attendees from more than 55 countries, all focused on the burgeoning UAS industry. Notably, Space Florida was there, demonstrating 20 or so assorted drones.

Then, there is e-commerce king Amazon. The company seeks to deliver products weighing less than 5 pounds, which represents most of its products, with drones that can fly as far as 10 miles from its fulfillment centers. There are two fulfillment centers in Florida, located in Polk and Hillsborough counties. Also, State Farm Insurance Co. has become the first insurer nationwide to obtain permission from the FAA to test unmanned aircraft systems for commercial use, providing an opportunity to research the new technology. State Farm Florida is the second-largest property and casualty insurance company in the state.

The buzz you hear is, in fact, coming from drones.

A flight pattern isn’t quite set. Who knows how things will fly over the next couple years? But the business of drones is poised and ready for takeoff.