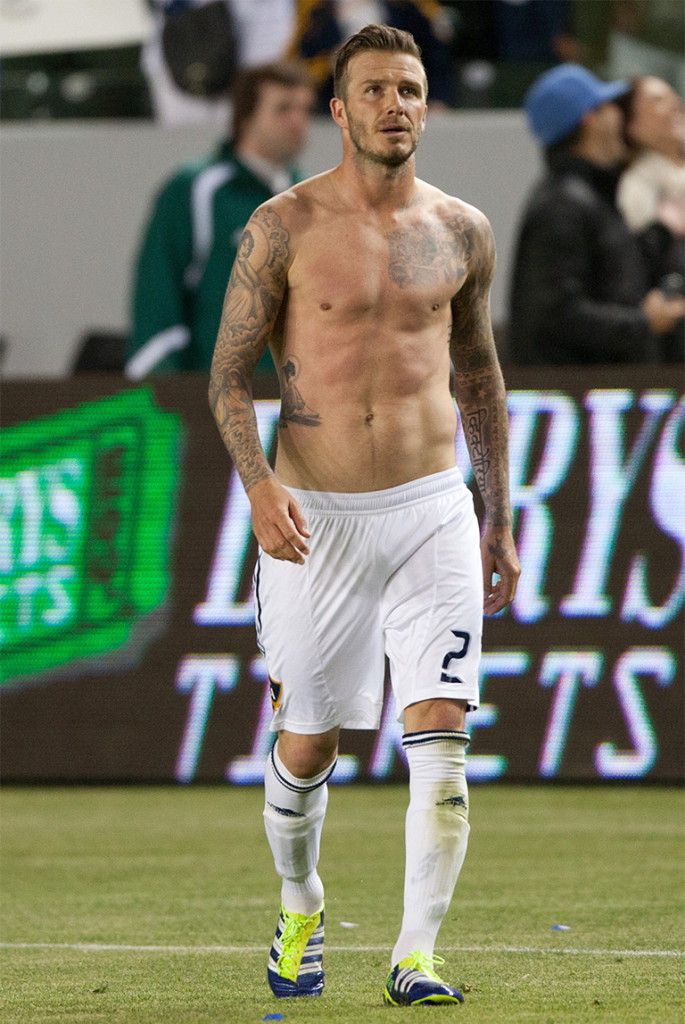 Sports’ Economic Impact Grows. John Webb has proven quite the forecaster. When asked last year about the $36 billion economic impact that sports and recreation has on the state’s economy, the president of the Florida Sports Foundation noted the figure was based on a 2005 study and predicted a new study would show a significant increase in that impact.

“It’s probably about 20 percent higher,” Webb said in late November. “It’s a long process on gathering a bunch of information … but it’s a big impact and it brings in a lot of visitors.”

The study he was referring to was released in March, and it showed a total economic output of $44.4 billion—a 23 percent increase from the most recent estimate.

“This state has the advantage of being able to host sports events on a year-round basis and with the professional efforts of the 26 sports commissions, there’s not a day during the year when a sporting event can’t be held,” said Webb.

While professional and college sports grab the most headlines, their combined impact (10 percent of the total) is surpassed by golf (32.9 percent) and fishing, hunting and other wildlife activities (23.1 percent). Those two are bringing more than 4.3 million visitors to the state annually, compared to about 3 million for professional and college sports.

Last year, Webb noted the impact of amateur sports, with the latest figures anything but amateurish: a total economic output of $5.4 billion (including more than 4.3 million visitors). And 75.8 percent of amateur sports’ contribution to the GSP came from events sponsored by the various sports commissions. 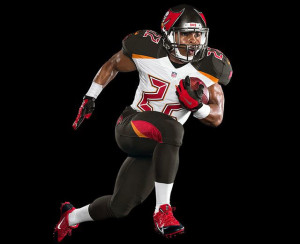 Bucs’ New Unis. Give this to the Tampa Bay Buccaneers—the team isn’t afraid of living on football fashion’s cutting edge. When they debuted in 1976, the Bucs had a flamboyant pirate helmet logo (nicknamed “Bucco Bruce”) and orange jerseys likened by many to a “creamsicle.” Tired of a look some derided as inappropriate for football, the team in 1997 ditched the orange jerseys for red, toughened up the helmet logo with an Oakland-esque skull and crossed swords and introduced pewter helmets and pants to the NFL.

The style held for 17 seasons, but in March the team unveiled an updated look. The makeover is less radical than the one in 1997, but the team is showing us that pewter has more than one shade (who knew?), a helmet logo can never be too big and even the toughest pirate is secure enough for a little creamsicle in his wardrobe.

Featuring a logo unchanged but much larger, a new shade of pewter that borders on charcoal, a chrome facemask and jerseys with pewter-and-orange shoulder yokes, the team is updating for the future while honoring the past. That may be, but the Bucs and the NFL also are looking to the bottom line.

Merchandise sales are big business, generating more than $2 billion in annual revenue and contributing almost $40 million to each team’s income. Since all merchandising profits are distributed equally among all 32 teams, it is in the entire league’s interest for teams lagging in sales (the Bucs are not in the current top 10) to make uniform changes that might boost revenue.

So, how will the new uniforms go over with the fans? For an appraisal, we turned to Paul Lukas’ influential “Uni Watch” at espn.com. Lukas gave a mixed grade, awarding high marks for the chrome face mask (“very, very good”), the shoulder yokes on the white jerseys and the contrasting patches on the left and right sleeves. He was less thrilled about the enlarged helmet logo (“much too big”), the new shade of pewter and the uniform number font.

Miami Soccer’s New Home. David Beckham’s efforts to build a Major League Soccer stadium at PortMiami played to a draw with South Florida officials in early April, and the superstar may need extra time to bring the project to fruition.
On April 7, Miami-Dade commissioners declined PortMiami’s plan to relocate a fuel spill facility, a step necessary for construction of the new stadium. Three days later, the Miami Downtown Development Authority offered its support for building the stadium on the port’s Dodge Island. That support came with a caveat: Beckham and his investors must privately finance refurbishing of an existing drawbridge to help facilitate traffic to the park.

The odds of a solution remain favorable since Beckham’s franchise is contingent on a stadium deal, and MLS is pressing hard to re-establish a presence in the Southeast after the Miami and Tampa Bay franchises folded in 2001. Orlando City SC is set to begin play in 2015, and Atlanta recently was awarded a new franchise, coming in 2017.

Miami remains the only one of the trio without a stadium deal. Orlando City opens play at the Citrus Bowl, and its new stadium may be complete before the inaugural season concludes. The Atlanta franchise will share the NFL Falcons’ new stadium, though it may play one season in the Georgia Dome. Even New York City FC, also debuting in 2015, appears close to a deal to play in Yankee Stadium until a permanent facility is built.

Gaming’s Future. The future of gaming in Florida is a sure bet, but even the most daring gambler might think twice before wagering on exactly what that future will look like.

For a time, it looked like gaming expansion would be linked to a phase out of greyhound racing. Legislation passed unanimously by the Senate Gaming Committee would have allowed tracks to operate gaming rooms without live racing. The bill was backed by animal rights groups but private gaming interests believed it could have allowed dormant racing permits to be revived and given some tracks advantages over others.

Greyhound racing’s popularity in Florida has declined, despite having the most active tracks in the country, to the point where it costs the state $3 million more annually to regulate the industry than it receives in tax revenues.

All eyes are now fixed on negotiations between Gov. Rick Scott and the Seminole Tribe over the gambling compact that has governed the tribe’s gaming operations for years. A central question is whether the compact will remain unchanged or whether some enhanced operations will be allowed. The outcome of that discussion will determine the next move for private gaming operators in their efforts to expand in the state.

Until Scott’s negotiations are complete, it is unlikely the Legislature will consider significant gaming legislation.