The seeds of Al Golden’s downfall at the University of Miami were planted in 1981, for that was the year everything began to change in college football.

It was the year the Hurricanes upset No. 1 Penn State on Halloween and arrived as a national power. It was the year Texas A&M University made a fateful decision to fire its coach and subsequently hired Jackie Sherrill away from Pittsburgh for the then-unheard of price of more than $200,000 per year, a move that sent coaches’ salaries into the stratosphere. Most importantly, though, it was the year the University of Oklahoma and University of Georgia filed suit to break up the NCAA’s monopoly on the right to televise college football games.

The first two actions created expectations that had never existed at Miami and upped the pressure to win on coaches throughout the nation. The lawsuit, though, is what provided the money to fund the salaries and expectations, fueling the final transformation of college football into a big business.

Beginning in the 1950s, the NCAA controlled how college football was televised. It negotiated a contract with one network, primarily ABC, but NBC and CBS also had the rights for brief periods. Teams were limited to how many times they could appear on television and payouts per appearance was largely a flat rate for all schools who played on TV. 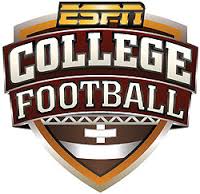 Wanting the individual schools to have greater control over television rights and royalties, Oklahoma and Georgia (supported by a host of other schools) sued the NCAA, claiming its television contract was tantamount to price fixing and violated the nation’s antitrust laws. Successive courts ruled against the NCAA, and the Supreme Court delivered the final blow in the summer of 1984. The floodgates opened to the plethora of college games we see today.

The ruling was about football, but it applied to all college sports, and today conferences largely negotiate the television contracts, bringing control closer to the individual schools.

By last year, TV contracts for the so-called “Power Five” conferences (ACC, Big 10, Big 12, Pac 12 and SEC) were totaling about $1.2 billion annually and schools were getting payouts ranging from $17 million to $21 million each year. This does not count the money the schools receive from ticket sales, uniform contracts, sponsorship arrangements and merchandise sales.

The higher rights fees and income surge pays for new training facilities, stadium expansions and, most notably, higher coaches’ salaries. Seven-figure salaries are now the norm for head coaches at the elite football schools, more than the compensation given most universities’ presidents.

There is a catch, though. The schools, conferences and especially the coaches have to deliver to keep the rights fees high, and the pressure is especially intense at the marquee programs. Miami had been such a program since 1981, and the Hurricanes’ glamour was a big reason why the ACC enticed the school to defect from the former Big East in 2004. Miami was expected to challenge in-state rival Florida State for conference dominance, win bids to high-paying bowl games and help the ACC shake its image as a basketball-first conference.

Instead, the Hurricanes have yet to win a conference football championship, looking on as the Seminoles, Clemson, Virginia Tech, Georgia Tech and Wake Forest (yes, Wake Forest) have all won league titles since the school joined the ACC.

In a simpler time, Al Golden still would have been under pressure to win at Miami, but the school almost certainly would have waited until the end of the season to terminate him. Instead, it fired him this week after a 58-0 loss to Clemson last Saturday. Golden became the third Hurricanes coach to be dismissed during the 11 years the school has been in the ACC.

Miami moved quickly in order to get a jumpstart on finding a new coach and to signal to potential recruits that the school is serious about reversing the downward trend. Head coach searches in and of themselves are big business – the University of Texas reportedly paid a search firm more than $300,000 two years ago to help it find its new coach.

It’s why other programs, including USC, South Carolina, Maryland and even UCF, have seen their head-coaching job come open mid-season. As it is with Fortune 500 companies, so it is now with college football programs: it’s all about the bottom line.

On a happier note for Florida college coaches, former UF basketball coach Billy Donovan had a successful debut in the NBA as his Oklahoma City Thunder won their season opener Wednesday in high style, beating the mighty San Antonio Spurs, 112-106. The win has a number of NBA beat writers wondering already if the Thunder, not the Spurs or defending champion Golden State Warriors, are the team to beat in the Western Conference.

Could he someday join Larry Brown as the only coach to win a national championship (at Kansas) and an NBA title (with the Pistons)?

Beckham Still Trying to Build It

The saga of superstar David Beckham’s effort to bring a Major League Soccer team to Miami gets more and more interesting. Thwarted at many turns in his effort to find a site for the new stadium, Beckham and his partners may have found a unique solution to the problem.

They’re going to partner with the Miami-Dade School Board, which Superintendent Al Carvalho has convinced to buy the land on which the stadium will be built. Here’s what’s in it for both parties.

For Beckham, having the school system own the property, west of Marlins Park, creates clear financial advantages. Beckham does not have to put together financing for both the land and stadium construction and, being owned by the schools, the land will not be subject to property taxes. His overhead is lowered and cash flow enhanced.

For the schools, Beckham has promised (according to numerous media reports) to pay the school system around $850,000 annually, build a sports education center adjacent to it, allow the stadium to be used for public school events and make other financial contributions to school sports.

As discussed previously in this space, Jacksonville native Daniel Murphy, the New York Mets’ second baseman, is having a postseason most players can only dream about. Normally, that would translate into some serious merchandise sales, as rabid Mets fans might be inclined to celebrate the team’s first World Series appearance in 15 years by gobbling up the surprise star’s jersey.

Not so much in this case. The New York Post reported earlier this week that scores of Murphy jerseys remain unsold in the greater New York area. Why?

Well, as we also discussed, Murphy’s contract expires at the end of the World Series, and it is far from certain the team wants him back despite his heroics. In fact, his .383 batting average, seven home runs and 11 runs batted in might be working against him, making him too expensive for the Mets relative to what they are willing to pay for a second baseman.

New Yorkers, always sensitive to the latest in fashion, simply do not want to be caught wearing the jersey of a player no longer with the team.