Selection Sunday (Dec. 6) may have been a big day for college football fans but it was an even bigger day for the economies of the cities that will host a record 40 bowl games this December and January and for the bottom lines of the teams that play in those games.

With Florida staging a staggering nine games, and with four state schools in the postseason, the paydays will be especially rich.

Last week, we touched on the financial windfall of the college bowl season. Now, we’re taking a closer look at exactly what it means for the cities that host and the schools that participate in the games.

Florida’s bowl games will pay a combined total of at least $44 million to the participating teams. The final total is uncertain because the Capital One Orange Bowl in Miami is part of the College Football Playoff (CFP) – hosting the semifinal between No. 1 Clemson and No. 4 Oklahoma – and final payouts are based on a complex formula involving all of the money the CFP takes in. The two schools will receive a minimum $6 million each. 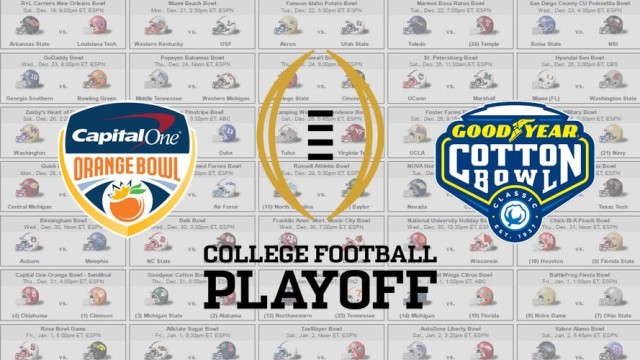 Payouts range from an estimated $4.25 million per team for the Buffalo Wild Wings Citrus Bowl (the largest of a game not part of the CFP’s “New Years’ Six” bowls) to an expected $400,000 per team for the Boca Raton Bowl. Overall, six of the nine Florida bowls have seven-figure payouts.

How can the games afford so much, and is staging a bowl game really worth the investment for the communities involved?

The answer to the first question is “television,” specifically ESPN. Forty years ago, there were only 11 bowl games, only three of which were in Florida. No one dreamed of 24-hour sports networks with empty time to fill and subscriber fees that helped pay for the rights to all these games.

Even in 1979, the year ESPN debuted, there were still just 15 bowl games. Only the “Big Four” New Year’s Day Bowls (Rose, Cotton, Sugar and Orange) and one or two others were televised by the broadcast networks. The rest were syndicated by broadcasters like Mizzlou (with its cheesy “Iso-Light” replay) and TVS to individual stations around the country.

Once ESPN got into the bowl business, the number of games and the amount of the payouts soared. With 40 games this year, there were not enough teams with the requisite six wins to fill all the available slots, so three teams with 5-7 records were given waivers to play in bowl games.

For purists, of course, this is an outrage. In the pre-ESPN days it was not uncommon for teams with 8-3 or even 9-2 records to stay home for the holidays. But 40 games there are, which by itself answers the question about whether the investment is worth it.

Last year at bowl time (when the Sunshine State had a mere eight games), Florida TaxWatch did a brief analysis of the economic impact of bowls on communities that host them. 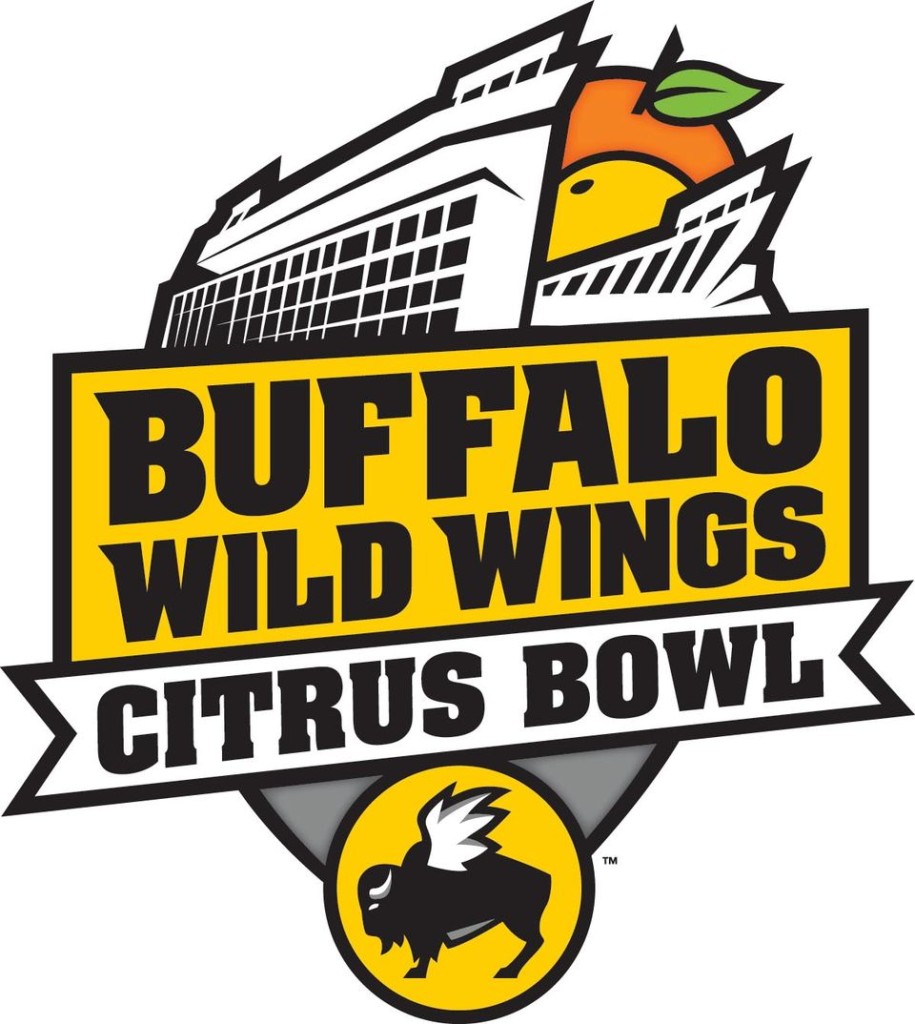 The organization found the Orange Bowl in January 2013 (the game itself, plus the BCS National Championship game hosted at Sun Life Stadium) had an overall economic impact of $298.1 million in South Florida. That included $127 million in direct spending and another $4.9 million in tax revenue.

It also found that in 2011-12 the BWW Citrus Bowl (then the Capital One Bowl) and the Russell Athletic (then Champs Sports) Bowl – both played at the Orlando Citrus Bowl – resulted in $5.61 million in spending on accommodations in the Orlando area and $3.74 million in restaurant expenses. Chances are they found time to visit the theme parks as well. Those numbers will only grow with the AutoNation Cure Bowl added to the Citrus Bowl slate as well.

On the Gulf Coast, Florida TaxWatch estimates that the Outback Bowl, played at Tampa’s Raymond James Stadium, produces $40 million for the Tampa Bay region. That does not include the St. Petersburg Bowl, played annually at Tropicana Field.

The schools don’t get to keep all the money they make from the games, though. After deducting certain expenses, the money is pooled and split among other schools in their respective conferences and the conference offices. This ultimately is a lucrative arrangement though, especially with the advent of the CFP. Under the new system, each of the “Power Five” conferences (ACC, Big 12, Big Ten, Pac 12 and SEC) receive roughly $50 million from the playoff, regardless of whether one of their teams makes the playoff. Florida, Florida State and Miami are all in Power Five conferences.

Other schools, USF, UCF, Florida Atlantic and Florida International, are part of the so-called “Group of Five” conferences (American, Conference USA, Mid-American, Mountain West and Sun Belt). Those conferences receive about $18 million each in the playoff, plus one of their champions is guaranteed a spot in a New Year’s Six Bowl.

A Stadium for Beckham

As any aggressive mid-fielder knows, the most direct route to the goal is the best. Being one of the greatest mid-fielders of all time, David Beckham ultimately eschewed a number of convoluted plans and appears to have found the most direct route to a new soccer stadium for Miami: He and his Major League Soccer ownership group have bought the land themselves and are going to build and own the stadium.

The team last week (Dec. 4) announced the purchase of land in Miami’s Overtown neighborhood, north of downtown. Beckham and his partners at one point had considered working with the City of Miami, Miami-Dade County and the Miami-Dade School Board on purchasing land near Marlins Park, with the school board ultimately holding title to the land to avoid property taxes.

By some accounts, the Overtown site was the team’s number-four choice for a stadium location but as the other plans, including the one with the school board, fell by the wayside, the site where a stadium actually could be built proved the most attractive.

Hurdles remain, but Beckham was quoted as saying, “We’ve never been closer.” He updated the other MLS owners at their meeting this past weekend before the MLS Cup Final.

The team is tentatively set to begin play in 2017.

In addition to promoting the full range of sports in the state, the Florida Sports Foundation is staging its 24th annual Florida Senior Games. The event is geared to athletes age 50 and over participating in 24 sports across nine days.

This year’s competition, Dec. 5-13, is taking place in the Clearwater area of Pinellas County for the first time ever (it’s an officially sanctioned “Centennial” event as part of the City of Clearwater’s 100th birthday). More than 2,000 athletes are participating, which the foundation is hosting in conjunction with the St. Petersburg/Clearwater Sports Commission.

Results from the 2015 Florida Senior Games will be updated daily and can be found at https://events.clearthunder.com/FSG2015. Click the “Results” link at the bottom of the page and choose from the events and sports.  Individual athletes can be searched by name and by city and county.