Opened in 1959, the Daytona International Speedway introduced the fastest speedway for stock cars of its time. The track featured high-bank turns that allowed greater speeds than ever before and enabled fans to see 90 percent of the speedway from the stands at any given time. A total of 42,000 people attended the grand opening that year, which featured a photo finish between winner Lee Petty and Johnny Beauchamp.

The end of that race proved to be an exciting start to what has become the most coveted event on the NASCAR calendar—the Daytona 500—and one that continues to fuel Volusia County’s economy.

Talk about acceleration. A report by The Washington Economics Group Inc. in 2007 found the Daytona International Speedway to have a massive economic impact on the area. Active for 300 days that year, the attraction brought in more than $1 billion in direct and indirect revenue each year—affecting not just Volusia and Central Florida but the entire state. According to the International Speedways Corp. financial report for 2012, direct annual revenue related to the track alone was $612.4 million.

The pace has only quickened since then. Consider the recent emergence of DAYTONA Rising and ONE Daytona. 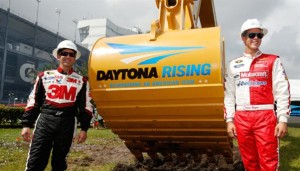 DAYTONA Rising is a complete renovation of the speedway. Featuring expanded entrances leading to three floors of open social areas, deemed “neighborhoods,” the work also delivers 101,000 permanent (and more comfortable) seats. In addition, there will be more than 60 luxury suites offering enhanced hospitality service and unique views of the raceway. Re-construction extends nearly a mile long, and the entirety of the 146-foot tall landmark stadium will contain 40 million pounds of steel. To traverse the new height, 14 elevators and 40 escalators are being installed to save fans the foot traffic.

The iconic DAYTONA welcome wall will contain five entrances, each with a destination of its own to any of the three levels. With each entrance comes space to present unique opportunities for sponsors to show their wares and add their own spice to the NASCAR flavor.

Construction began in July 2013, and completion is scheduled in time for the 2016 DAYTONA 500 held in February.

At least equally important to county economic developers, the $400 million renovation is expected to generate 6,300 jobs, $300 million in labor income and $85 million in new federal, state and local tax revenue.

Meanwhile, ONE Daytona is looking to create the “World Center of Racing” for fans and the eight million visitors who visit Daytona Beach—that’s $3.3 billion in annual consumer spending. The project is turning 181 acres of barren land adjacent to the track into a 1.1 million-square-foot epicenter for shopping, fine dining and hotels. Leasing is underway, and completion is scheduled to coincide with the 2016 debut of the renovated speedway. 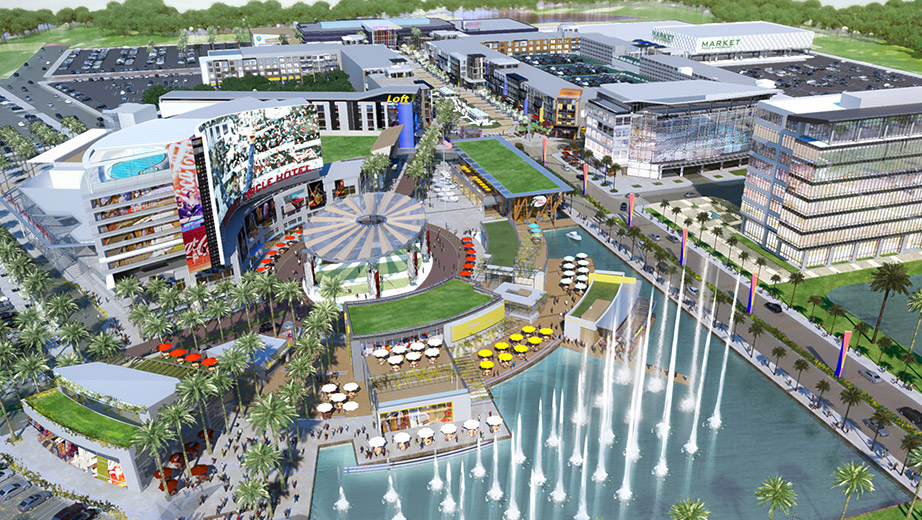 This is no pit stop.

Daytona International Speedway is already a NASCAR mecca for fans and tourists. Fifty-five years of lore have guaranteed that pole position. Now, with the blessing of local officials, developers are seeking to drive further appeal and impact.

The economic engine is revving.