Mobile’s new facility is a plus for the Sunshine State economy.

The landing of a $600 million A320 aircraft building facility from international juggernaut Airbus in Mobile, Ala., has economists in Florida excited.

They’re excited not just because the French manufacturer is coming to an adjoining state — it’s because Airbus’ arrival signifies major growth opportunities in Florida, particularly from other companies setting up shop in orbit of Airbus.

The Mobile plant, Airbus’ first U.S.-based production facility, will assemble A320 aircrafts via parts shipped overseas. The facility, which begins operations this year, is expected to have its first plane completed and delivered in spring 2016.

Airbus made the decision to build a plant in the United States after it lost a $35 billion contract to build U.S. Air Force refueling tankers to Boeing in 2011. According to media reports last December, Allan McArtor, chairman and CEO of Airbus Group, Inc., said, “We’ve already had seven to eight years of orders for a single-aisle aircraft from around the world. But the U.S. is the largest market for this kind of airplane. There’s about 4,600 airplanes of this class that will be required in the next 20 years.”

Robert Weissert, vice president of Tallahassee-based Florida TaxWatch, said the facility will be a “major boon” for the economy of Mobile and the surrounding areas — which includes Northwest Florida.

“This will create high-wage, high-skill jobs,” he said.

According to Brice Harris, Ph.D., director of Strategic Initiatives at the University of West Florida in Pensacola, Airbus will bring 1,000 jobs to its facility. This will have a much wider-spanning effect on the surrounding areas’ economies, bringing a standard economic multiplier of four jobs created for every one direct job with Airbus.

“You’ll get one direct, high-wage manufacturing job, and four other jobs in the area, in industries like suppliers, restaurants, dry cleaners and more,” Harris said.

He noted that predicting job creation is “not an exact science.” While the facility will come to Mobile, the size and scope of the project will have an impact in Florida and Mississippi. “We can assume half of the jobs will be created in Mobile. The remaining 50 percent could be equally divided between Northwest Florida and Southern Mississippi.”

The Airbus facility not being directly located in Florida is actually a “best-case scenario” for the state. Harris went on to say, “Florida is in close proximity to the facility, and can reap the benefits of it without having to leverage economic development incentive programs or deal with the strain on the infrastructure. Any project this size has a need for public services in bulk. We’re getting a great deal with the facility being located in Alabama.”

Larry Sassano, president of Florida’s Great Northwest, said the presence of multiple military bases in the area may serve as an enticing factor for Airbus when deciding where to hire its employees. Florida’s wide range of bases, from Navy to Air Force to Army and more, means many veterans will stay in Florida after they have served. Additionally, the majority of veterans are young enough to start second careers, so they can take jobs like the ones offered by Airbus.

“They are able to use their skill sets from the military and transfer them to the private work sector,” Sassano said. “They are hard workers, disciplined and they already have medical benefits from the military, so Airbus doesn’t have to worry about that.”

Through its schools, Florida can continue to train future engineers and manufacturers, Sassano said — a practice he has already seen in Airbus hiring.

“Colleges have welding programs to get graduates certified, and then they are picked up by Airbus.”

Weissert said schools should be motivated to continue offering educational opportunities to students who want to focus on high-skill manufacturing jobs, adding that, “We have a number of educational institutions that focus on those jobs.”

THE RACE TO ATTRACT SUPPLIERS

Airbus, as a large manufacturer, could attract parts suppliers to set up shop in the region as well — and Florida will be in “stiff competition” with Mississippi and Alabama to attract those suppliers.

Harris said suppliers looking to come to the area may be enticed by programs like CareerSource Florida’s Quick Response Training, which “provides grant funding for customized, skills-based training and design, through partial reimbursement, to new or expanding businesses in Florida’s targeted industries,” according to its website.

Much of the rest of the suppliers’ decisions on where to settle comes down to factors such as cash incentives, tax rebates and workforce training grants. Personal taste may also play a role, as they look for areas with a certain quality of life and good schools.

An incentive for new businesses following Airbus to come to Florida is a special tax exemption for aircraft equipment, Weissert said. The exemption in question allows aircraft manufacturers a tax exemption on replacement of parts, engine, equipment and labor on planes exceeding 2,000 pounds in maximum certified takeoff weight. This is an expansion of older tax exemptions that were more restrictive, and the restrictions have been loosened now to make Florida more competitive with nearby states.

With the new facility in Mobile, parts manufacturers in Europe and Asia may start to consider the margin and rates of return on their sales when they have to ship to America, Harris said. At some point, they may not be making enough money to justify shipping their parts across continents and oceans.

“I’m not sure about other plane assembly companies coming here, but parts suppliers may decide to relocate here,” Harris said. “It’s likely just as expensive to send parts to the United States as it is to generate them locally.”

Sassano said he has seen interest in Florida from suppliers all around the country and even internationally.

“I go to conferences in Paris, California, Seattle,” he said, “and I see many suppliers from aircraft companies like Boeing, with a serious interest in making facilities here. The key is the availability of a skilled work force. We have that.”

Larry Griffin is a freelance writer in Central Florida, with extensive newspaper experience. 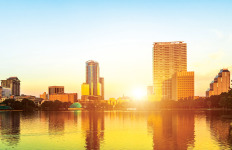 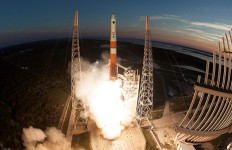