While troubles in Greece and China continue to plague the world’s financial status, another struggle closer to home may have a more direct impact on Florida’s future.

Years of government borrowing and poor planning have put the Puerto Rican economy into a $72 billion tailspin from which recovery will be difficult. Gov. Alejandro García Padilla said in a recent televised address that, at the rate the debt situation is developing, every man, woman and child on the island would owe creditors $40,000 by 2025.

Since publicly declaring that Puerto Rico was in a financial hole too deep to climb out of on its own, Padilla and other government leaders have explored measures to help revive the economy. Officials at the White House have ruled out a federal bailout, while some U.S. lawmakers have sponsored bills that could eventually allow Puerto Rico to file for bankruptcy. Many islanders favor reformation of the Jones Act that would permit Puerto Rico to develop its own shipping industry, thereby creating new jobs.

Other ideas include unpaid furloughs for government employees and a reduction in the minimum wage. But neither is popular with residents who already pay a sales tax rate of 11.5 percent―higher than any U.S. state.

Today, the shrinking population of this Caribbean island―all American citizens―are faced with an unemployment rate (12.4 percent) twice the average of the 50 states, water that is rationed and electrical service that rarely runs consistently. Forty-five percent of Puerto Ricans now live below the poverty line.

The economic crisis has already caused an exodus of migration. Several moving companies in San Juan are busy packing homes for clients leaving the island. Many are professionals and people with advanced academic degrees.

Where are they all going?

More Puerto Ricans now live in the U.S. (4.7 million) than on the island (3.6 million). Many of those have (or soon will) come to Florida. According to ABC-affiliate, WFTV, back in January 2014 there were already 300,000 in or near the Orlando metropolitan area, and per the 2010 Census nearly 1 million had settled throughout the state, second only to New York in total number.

Prior to the most recent crisis, several Florida cities already had a high percentage of Puerto Rican residents among their general populous. For example, the 2010 Census cited 45 percent of residents in Buenaventura Lakes (Osceola County) were Puerto Rican. Among metropolitan areas, Orlando ranked number two nationwide among all large cities for the highest percentage of Puerto Rican residents (13.1 percent), while Tampa was ninth (7.2 percent). Just last year, WFTV reported around 100 families per week were moving to Central Florida.

With the island’s economy worsening, the migration here is only expected to accelerate. As many Puerto Ricans make Florida their new home, it appears the state’s demographic profile may tilt further in that direction.

And with Florida’s established political “swing state” status, particularly in the I-4 corridor where many Puerto Ricans have settled, both the Republican and Democratic parties should keep a close eye on this major trend. 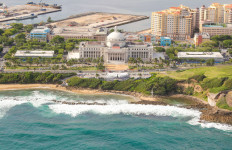 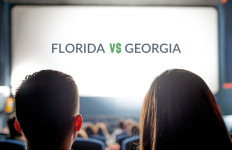