Was a time when people subscribed to print news for the articles, editorials and columns, the vast information written by seasoned journalists and readily available simply by walking to the curb before morning coffee. Then Pluto fell out of favor with the astronomy club and was demoted to dwarf planet. On Earth the print media (especially daily newspapers) began an excruciating demise and the 24-hour news cycle was born. Coincidence? I think not.

As a result the modern day subscriber, short on time and technologically savvy, developed a never-to-be-satisfied need for content in short takes on media websites, Facebook and Twitter, to name a few. Newsprint be damned. It became about RAM and speed and updates on the Kardashian girls. Quick bits of important information, streaming live to one’s phone, desktop, laptop and wristwatch.

But even filling space with pseudo news can’t help print media keep up with Billy McGuffin’s middle school blog. He has the inside source on the latest school district scandal involving an overzealous science teacher and hydroponic hallucinogenic crops. Billy taunts the traditional media with hourly updates from the basement of his parents’ house. Only a 10 p.m. curfew abates his fury.

“We’re getting killed out there,” one editor is reported to have said. “Who are Billy’s sources, who knows anything about agriculture and why don’t we have an 11-year old on the inside?”

Unable to keep up with the onslaught of items posted by broadcast media, non-traditional media, made-up media and bloggers of all ages, genders, colors, orientations and cultures, print media has turned to the tried and true.

Some old boy from Ball State made a living with Top 10 lists and he’s now living the good life in Connecticut. Only comes out of retirement to churn the treacherous waters of Lake Trump.

Maintaining my desire to stick with the traditional role of print media, I’ve avoided lists for professional and personal reasons. I don’t keep lists at work as it makes me accountable. And I work from memory at the market. I might forget the milk but just might score a great deal on coffee cake. By avoiding lists I withstand the urge to replace the newsworthy with a list of the Top 10 Digits Lost by Butchers to On-the-job Mishaps.

Then my publisher issued an edict. “We need more copy. We also need more advertising, but that’s the responsibility of the suits. For those of you who don’t own suits, I want more copy and I’ll be tarred and feathered if Billy McGuffin is going to beat us on the athletic supporter referendum. Get on the inside, get reliable sources, or unreliable sources. I don’t care. We can retract. But no matter what I want 600 words from each of you. And I need it yesterday.”

So my dilemma was I had no idea what to write about. The ESPYs are old news, Deflategate is now a daytime drama and Dixie already had its moment. Like I’m going to be heard over the online chatter of Ben and Jen breaking up or, to paraphrase a Miss Clairol hair color commercial, “Caitlyn … does she … or doesn’t she.” The biggest news items, the issues that transcend time and space, have been churned, turned and regurgitated to a lack of interest.

But at this point I’m closing in on 600 words so I’ll need to blow past the word limit. It’s better to write 1,700 words and ask for forgiveness then promise 600 words and not deliver. Right? My publisher wants content, so it’s my obligation as a serious journalist to uphold the standards of Mike Royko, Jimmy Breslin, Dave Barry and Slap Maxwell. Then again, I could create a Top 10 list and call it a day.

But outside of Mexican food and zombies, my ability to create a list of social significance is minimal. I have the attention span of an 11-year old boy – hey, I could work for Billy McGuffin. I get to item three and find myself distracted in the kitchen with the food scale determining if my left thumb weighs more than my right (it does, by the way). So I’ll create a Top 10 list of Top 10 lists. It will have historical ramifications. I envision a guest spot on The View.

No. 1. Top 10 Best Sellers: I would love to be on this list but my book remains in “development” and then there’s the issue of finding an editor and book agent. I’ve been working on perfecting a two-day beard to appeal to the female reader. Then again there are numerous lists. Hardback, paperback, e-fiction, mass market, non-fiction, fiction, non-fiction with enough inaccuracies to be fiction, self-help, no-help, give up you’re a failure and no one other than family is going to read. It’s like little kid soccer. Everyone gets a participation trophy. My prospects as a best-selling author look promising.

No. 2. Top 10 Affordable Schools: Have you noticed these lists are made up primarily of private schools with tuition, room and board exceeding the annual income of most people on the planet?  And use a subversive calculation based on the cost of education versus the academic reputation of the school? So that begs the question. Affordable to whom? Shouldn’t it be Top 10 Affordable Schools for Those Who Already Can Afford Outrageously Expensive Schools? Yale may be a great deal but it’s lost to Harvard football something like a million times in a row.

No. 3. Top 10 Companies to Work For: You always find the big boys on the list like Procter & Gamble and Johnson & Johnson. Noted training programs and reputations spanning more than a century. Or the high-tech firms such as Apple and Google that ooze with potential for twenty-somethings. Then there are companies that brag about hiring new college grads with no work experience. These companies also show up as the Top 10 Companies to Work For and Get Canned … Ground to a Pulp … Disappear from Human Existence. I wouldn’t unpack.

Where did the girls put the food scale? Oops, I digress.

No. 4. Top 10 Dog Breeds for Children: Anything under 20 pounds such as the Pomeranian, Yorkshire Terrier, Papillon or Lhasa Apso (think Lake Trump) is great because your kids can use them as live “stuffed” animals. No one ever puts together a list such as the Top 10 Dog Breeds Capable of Devouring Aunt Mable and Uncle Ted. I’m thinking Mastiff, Rottweiler, Caucasian Shepherd Dog and Canary Dog. No kidding, I looked them up. Please remember to neuter and spay. Rescue dogs need love, too.

No. 5. Top 10 Restaurants: I’ve heard of restaurants who avoid such lists for the simple reason inclusion creates such notice regulars can’t visit due to newbies making rounds of the Top 10 selections. Again, much like their book brethren, restaurants have numerous lists. Fast food, fine dining, fish, barbecue, sandwich, name a region, name an ethnicity, joints on the water, joints near the water, joints far from water, joints where the food is horrible but the wait staff is … and, my favorite, joints with enough food to justify a menu but only real purpose is to sell cold beverages.

No. 6. Top 10 Movies of All-Time: Supposedly there’s a law requiring Citizen Kane and Casablanca to appear on every all-time list until the world collapses in on itself. Gone With The Wind used to enjoy such status but the Confederacy is taking a hit these days so the movie is serving a brief suspension. And the NFL’s Roger Goodell isn’t budging. Pretty much any movie with Robert Duvall or Diane Lane makes my list. Lonesome Dove was like watching a doubleheader for the price of a single game.

No. 7. Top 10 Beauty Tips for Great Skin: Turn on the Oprah Winfrey or Hallmark networks and be enlightened. “Just follow these tips prior to applying makeup and appear 10 years younger in less than five minutes. Another five minutes and you’ll revert to childhood.” Or simply stay out of the sun and consider 50 SPF sunscreen. Apply liberally. Not sure why anyone would toast their skin for enjoyment but, after a trip to my dermatologist, quite a few people have a borderline compulsion. It’s not like we weren’t warned … in the 1960s.

No. 8. Top 10 Cities: We find lists based on population, average income, outdoor activities, indoor activities, night life, attractive to the rich, attractive to seniors, attractive to millennials, attractive to those on the run and those cities named after long-dead individuals with no ties at all to the community. Of course, any city looks good if it has a job and you’ve been offered that job. I once worked in a small town in Central Texas next to an army base. Good people, good town, but I can’t say it would’ve made my must-go list without a paycheck waiting at the other end. 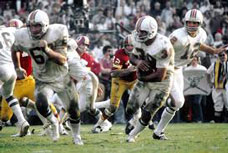 No. 9. Top 10 Teams of All-Time: These are lists created for the sole purpose of creating lively discussion, albeit controversy. Enough with the 1972 Miami Dolphins. Did any of its regular season opponents have a winning record? Give me the Oakland Raiders any season during the 1970s and 1980s, the Boston Red Sox of 1975, the Houston Rockets of 1994 and the latest version of the Chicago Black Hawks. Did I mention my 2001 Pro Football Fantasy Football team? Kurt Warner was my quarterback. Booyah.

No. 10. Top 10 Songs: So if you leave out Bing Crosby’s White Christmas you run the risk of a flogging? You’d think a marathon session of The Bachelor would suffice. Harsh standards, nonetheless. Well, even after including Crosby’s holiday favorite no Top 10 looks like another. Classical, rock, classical rock, easy listening, rap, disco, metal, punk, instrumental, anything by the Carpenters, you name it. If print media needs to fill 10 column inches, a list of favorite tunes will do. “I’m on the top of the world looking down on creation … “

Assignment complete. Now what did I need at the market?

Publisher’s Note: This was not the assignment. 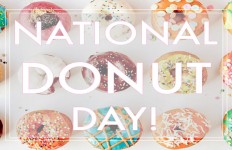 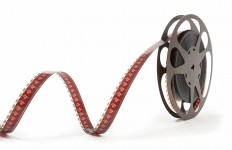 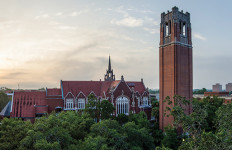