Social media applies grinding pressure to journalists accustomed to gazing out windows in search of inspiration. Now late-afternoon deadlines are mere follow-ups to the day-long deadlines imparted by posting, tweeting and pinning, and the need to treat each day as #NationalSomethingDay has made irrelevant the important days like the opening of the livestock show and publication of Sports Illustrated’s swimsuit issue.

Hashtags elevate importance. Anything following a hashtag has immediate prominence and relevance to our existence. Like getting approval from People. But more likely hashtags are coding designed to manipulate our minds. In fact, I made it halfway through the first Friday in June before thunder roared on an otherwise clear day. Lights flickered, wall decor shook, the art director’s cat actually moved. Did the deity of social media demand favor?

“It’s #NationalDonutDay,” the publisher said to an under-caffeinated staff. She might have made an air hashtag with her hands or caught her bracelet on her sleeve. Whatever, the hashtag was understood. “Let’s use this energy and make the next issue more than a journalistic morsel. Let’s set standards beyond the mundane of press releases and vanity pieces. Let’s launch a new era … and launch it by 5 p.m.”

Deadlines, realistic and unrealistic, are unsettling enough but that Friday morning was different. With the dawning of a new era came voices, not unlike mermaids imploring mariners to their doom, filling the air as I concentrated on my #NewestAssignment. See what I mean? Coding. Or were my subconscious and taste buds in cahoots? “We’re here. Next to the coffee. Eat us before the others return for seconds, thirds and fourths.”

Even the pounding rhythm of Heart from the Barracuda tour couldn’t drown out the words. “You want to lose 20 pounds? Have a couple of donuts and you’ll have only have 25 pounds to go.” 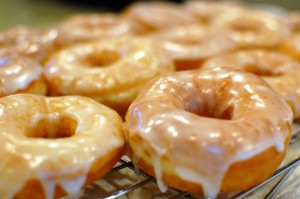 Was hot dripping glaze using hashtags to send subliminal messages to my brain, or were my publisher and her sidekick playing a ruse knowing I suffered from the crippling need to sample all that is baked and fresh? Less than an hour removed from the ovens of the local donut shop, I surrendered to the siren’s call. I grabbed two glazed delights. Colleagues succumbed to sugar induced sleep, donut bags torn to shreds. Bits of brown paper stuck to their fingers.

With a hot cup of coffee of no identifiable region, flavor or roast – yes, I drink convenience store coffee – and a napkin in hand I considered my assignment. Then I unconsidered it and considered the economic impact of #NationalDonutDay. Not exactly my assignment, but it had a hashtag so it was newsworthy. Food consumption is big business, no? After all, donut shops are a national resource. 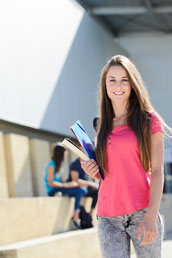 One free donut per customer, at a cost of say 25 cents per, is inexpensive marketing when you consider early morning parking lots were jammed and lines of people extended out the door of our local shop. Another line of 30 cars alone were lined up on the street at 8 a.m. and an even longer line filled the roadway at noon. If every customer bought one more for a “friend” or perhaps a dozen for the staff, the math took care of itself.

But it’s not about that one day. It’s about subsequent days because you can’t get donuts out of your head. Donuts are like the new girl in high school. And while Megyn Kelly might dismiss the donut metaphor and take umbrage, it still applies. The new girl had an exotic allure. Perhaps she was from South America or South Dakota or Grimes County. Who knew? All that mattered was, unlike the other girls, she thankfully hadn’t known you since kindergarten.

Donuts have the same intoxicating affect. You just can’t have two today. You need to buy a dozen Saturday morning. For the family, of course. Perhaps another half dozen Sunday to keep supplies up as – to paraphrase Charles Schulz – any day could be your last unless you’re Australian and every day is tomorrow. By Monday you have the shakes and everything you’ve touched over the weekend has the sticky feel of glaze. Your diet is shot. Your metabolism is a wreck.

And that smell emanating from the den is the family dog. You were supposed to bathe the old boy Saturday, but something delectable got in the way. Did he get into the donuts, as well?

But #NationalDonutDay isn’t just a marketing ploy. It has humble beginnings dating back to World War I when Salvation Army volunteers cheered up our Doughboys with coffee and donuts along the front lines in France. Due to a lack of ovens in the field the volunteers fried the donuts in soldiers’ helmets. The Salvation Army revived the tradition during the Great Depression with #NationalDonutDay to raise funds and awareness. It remains a genius marketing ploy.

Now everything has a day. And a hashtag. Meteors, bad poetry, trail mix, fortune cookies and miniature golf. Outside of bad poetry none have any connection to the new girl. #NationalGirlfriendsDay was August 1. And that day followed not too long after #NationalScotchDay (July 27) and #NationalChickenWingDay (July 29), two days catering to the pro-consumption crowd. Why are there no spaces between the words?

Businesses have #NationalRunItUpTheFlagpoleAndSeeIfAnybodySalutesItDay (Jan. 2), or is that either one of the first two Republican debates? #NationalMakeYourDreamsComeTrueDay (Jan. 13) reminds me of small business. Then there’s #NationalDon’tGoToWorkUnlessIt’sFunDay (April 3) which is every day in the newsroom and #NationalFestivalofPopularDelusionsDay (June 5) or the day more commonly known as my annual review.

#AdministrativePersonnelDay (April 22) is accompanied by a deserved flourish, and #NationalBossesDay (Oct. 16) remains a good day to blatantly kiss up. Somewhere along the line middle management was left out but so it goes in uncertain times. Other big days for business include #NationalSwapIdeasDay (Sept. 10), #NationalBlameItOnSomeoneElseDay (the first Friday the 13th of the year) and, our personal newsroom favorite, #NationalChaosNeverDiesDay (Nov. 9). 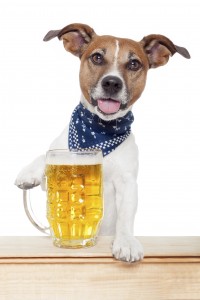 For the self-absorbed crowd, the calendar offers #NationalWinstonChurchillDay (April 9) followed by #NationalComplimentYourMirrorDay (July 3). I like the forward thinking of #NationalPlanYourEpitaphDay (Nov. 2). For those whose forward thinking extends beyond the bonds of Earth we have #NationalFestivalofExtraterrestrialAbductionDay (March 20), and for those who go it alone we have #NationalHermitDay (Oct. 29). But if you celebrate would we know?

Perhaps it was oversight, or you were having root canal, again, on #NationalHugANewsmanDay (April 4). A text would’ve been nice, too. No worries because we offer you #NationalFightProcrastinationDay (Sept. 6), unless you plan to put it off, as well. #NationalAskAStupidQuestionDay (Sept. 28) provided my inspiration at many a college football weekly press conference.

Pets aren’t left out. We give you #NationalAnswerYourCat’sQuestionsDay (Jan. 22) and #NationalIfPetsHadThumbsDay (March 3). If they did my dog would do more than just fetch the beer bottle and significance would be added to the renowned #InternationalBeerDay (Aug. 7). But for those pet owners who want their animals to do more than offer affection, wait tables and pose for greeting cards, we have #NationalDogsInPoliticsDay (Sept. 23).

Then again some might say that train already has left the station. 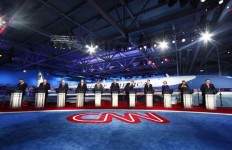 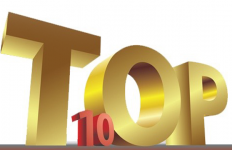