From zero to 100 in just over three. That’s not a land or air-speed record. Instead, it represents, in years, just how quickly the Melbourne assembly facility of Embraer Executive Jets reached its milestone 100th jet for its Phenom brand of executive planes.

On April 2, Embraer delivered the jet to NetJets Inc. for use in its European fleet. The event was celebrated in a ceremony at the Melbourne facility a little more than three years after the first plane rolled out of the factory in December 2011.

When other companies were laying low during the Great Recession, Embraer bet on the U.S. market. In media coverage from 2008, Embraer SA president and CEO Frederico Pinheiro Fleury Curado said, “We do not see the current crisis in the United States as a long-term one. We do believe in the recovery of the U.S. economy. We think this is the right moment to invest in the U.S. and be ready when the crisis is over.”

That foresight is now paying off. As part of a purchase agreement for 50 firm orders and 75 options, the total value of orders by NetJets for Phenom 300s may eventually exceed $1 billion.

After taking delivery of the commemorative Phenom 300, NetJets Inc. Senior Vice President Chuck Suma praised the jet’s performance. “It’s proven to be a success in meeting our expectations and, more importantly, the expectations of our customers.”

Suma also praised Phenom 300s for being among the most efficient and maintenance-friendly executive jets in the industry, keeping service costs under control.

EMBRAER TAKES OFF IN FLORIDA

Though Embraer’s recent success seems rapid, it’s actually been years in the making.

The world’s third-largest aircraft manufacturer was founded in Brazil in 1969. Embraer launched its Executive Jets division in 2005. Incentives, sunshine and a skilled workforce (particularly in the wake of the end of the NASA shuttle program) paved the way for Embraer to set up shop along the Space Coast in February 2011.

Manny Mencia, senior vice president of Enterprise Florida, was quoted last summer in the Sun Sentinel. “They’re arguably the most transformational foreign direct investment in Florida. They’re the first foreign company ever to assemble airframes in the United States…. And that they chose Florida has attracted enormous interest in Florida in the aviation and aerospace world. There now are projections that we will surpass California in the industry.”

Embraer employs close to 20,000 worldwide, 1,500 in the U.S. and 800 in Florida. It is not alone, as more than 2,000 privately operated aerospace-related companies call the Sunshine State home, making it one of the nation’s epicenters for aerospace and aviation technology.

“We’ve been impressed by the quality of aerospace and engineering talent here,” said Pellegrini. “And it’s so beneficial to have great universities such as Florida Tech and Embry-Riddle close by.”

Proximity to North American executive aircraft customers was also key. U.S. buyers account for 40 percent of all of Embraer’s private aircraft sales today, and company officials project that number could rise to 50 percent.

Light jets comprise a significant segment of the world’s business aircraft. A high volume of fleet substitution is helping drive recent sales for both used and new aircraft. Among them, Phenom 300 deliveries have ranked highest in all light-jet categories for two consecutive years. The plane has also achieved a 57 percent market share just five years after entering service.

Phenoms are assembled in a state-of-the-art, 80,000-square-foot, paperless manufacturing environment adjacent to the Melbourne airport. Production is constantly re-evaluated for peak efficiency. All assembly workers are encouraged to participate and suggest methods for improvement. The factory can now turn out a finished Phenom with an expected life cycle of 30 years in just 30 days.

In December 2011, Embraer opened the 58,000-square-foot, state-of-the-art Customer Center in Melbourne. Here, clients for the entire range of Embraer Executive Jets can personalize and design their aircraft interiors. Around 200 local vendors along the Space Coast supply many of the design materials. The center is also the delivery site for all U.S.-assembled Phenom jets.

In March 2012, Embraer expanded its Melbourne campus with the addition of the $26 million Embraer Engineering and Technology Center USA. The 67,000-square-foot facility is the first of its kind for Embraer outside of Brazil.

Here, the company conducts product research and technology development across its entire commercial, executive jet and military business lines. Around 100 engineers work there now, with plans to double that number by 2017.

“We’re very pleased with the capabilities and performance of our Melbourne workforce,” said Pellegrini. “That’s why, to me, the future here looks very bright.” 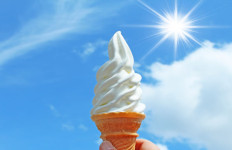 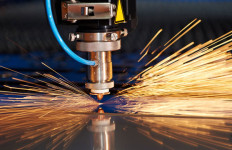 Manufacturing Gearing Up in Florida→ 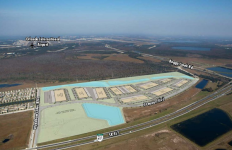