The White House, Congress and individual states are taking action on potentially hurtful activity across the business landscape.

Have you ever heard the term “patent troll”?

President Obama has bandied about the term, along with members of Congress, the Federal Trade Commission, the Department of Justice and countless corporations. Right now, dozens of manufacturers, retailers and trade organizations are lobbying Congress to pass bills to crack down on so-called patent trolls.

A White House Task Force has been formed and charged with analyzing patent trolls and options to restrict them through new legislation. Several bills in Congress have been introduced or are being drafted to address patent trolls through various legislative approaches. States are also looking at patent trolls, with Attorney Generals in both Vermont and Nebraska making moves to address one particular troll.

Patent trolls are also known (in less pejorative terms) as non-practicing entities (NPE) or patent assertion entities (PAE). Some consider PAEs a subset of NPEs. The primary goal of PAEs is to monetize patents through licensing or the assertion of the patents in litigation. The first step in this process for most PAEs is typically to send out “notice” or “cease and desist” letters.

Indeed, one particular PAE allegedly sent more than 8,000 letters offering licenses to one of its patent portfolios. These letters attempt to capitalize on the unfortunate reality that it is often cheaper to negotiate than to pay the cost of defending a lawsuit.

The primary criticism of NPEs and, more specifically, PAEs is the argument that they do not use their patents to stimulate innovation or “promote the progress of science,” which is the goal of patents espoused in the U.S. Constitution. Critics argue PAEs are nothing more than shakedown artists, entities that threaten and file lawsuits, knowing that 99 percent of targets will recognize the expense and uncertainty of litigation exceeds the cost of simply taking a license. These critics argue that PAEs do nothing more than drive up the cost of doing business through litigation and licensing expenses.

But not all agree that NPEs and PAEs hurt business and innovation. Many universities are considered to be NPEs, as educational research can generate large patent portfolios but typically don’t manufacture products. Sometimes inventors never successfully commercialize their invention, but the failure of an inventor to commercialize an invention doesn’t necessarily mean there is no value or utility in the invention. Ultimately, some inventors turn to PAEs to assist in recognizing a patent’s value, because PAEs have the capital and the experience to monetize patents through licensing and litigation.

Accordingly, some argue that PAEs help inventors recognize benefits from their innovation, serving to encourage and foster further innovation.

So why should you care about PAEs?

Over the past decade, the common targets of PAEs were software and communication companies. More recently, PAEs have also targeted the end-user of the technology, often individuals or small businesses. One of the most notorious instances is that of MPHJ Technology Investments LLC, which sent out hundreds (likely thousands) of letters describing an infringing system as one that included a network, a scanner and email for sending out the scanned image. In other words, using a system with a multi-function scanner connected to a network—like systems found in nearly every business small and large—infringed. The letters produced angry reactions and blog posts across the Internet.

Recently, MPHJ Technology has ceased its enforcement tactics, citing ongoing challenges to the validity of the patents in the U.S. Patent and Trademark Office.

What should you do if you receive a cease and desist letter based on a patent? Start with some initial research. Any U.S. patent (since 1790) can be reviewed online at the U.S. Patent Office’s website (uspto.gov). Additionally, if the letter is part of a widespread licensing campaign, you may find information online from other recipients. However, simply because letters have been sent to others doesn’t suggest you should ignore the letter.

While you may ultimately chose not to respond, you should strongly consider consulting with a patent attorney. If you end up being sued, the failure to investigate infringement allegations could be considered in determining willful infringement. 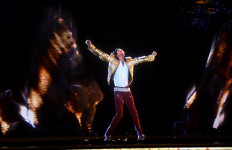 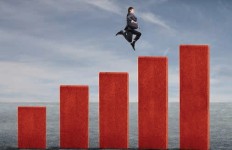