Not doing your homework in the global marketplace can have dire consequences for businesses.

A foot-in-mouth mishap by Nike a few years back illustrates the dangers of navigating the culture of foreign lands without a good map.

The footwear giant meant to honor the Irish by naming its newest sneaker after the black and tan alcoholic beverage made from a combination of stout and lager. As it turns out, the Irish drink isn’t so beloved in Irish bars, for the “Black & Tans” was also the name of a British paramilitary organization despised in Ireland for its brutality on civilians.

Nike hurriedly issued an apology and stated that the sneaker had another, kinder, gentler official name, but the damage was done.

 Ignoring cultural differences and the histories of other countries can be costly for businesses. For members of the military, it can be deadly.

“Cultural dexterity can save lives and ensure the military achieves its mission,” says Richard Griffith, executive director of the Institute for Cross Cultural Management of Florida Institute of Technology in Melbourne, and author of “The Age of Internationalization” and “Leading Global Work Teams.” Griffith’s work has been featured in The Wall Street Journal and Time magazine.

The Institute for Cross Cultural Management is currently working with the Department of Defense (DoD) and international corporations to develop research-based solutions for cultural training. The concentration is on issues that affect the day-to-day conduct of personnel sent overseas, as well as on strategies for more effective global leadership and negotiation.

 The U.S. military is very serious about this issue, as witnessed by the DoD mandate that every U.S. soldier must be trained in cross-cultural competency.

“Understanding how to interpret actions in the light of the local culture allows our soldiers to respond appropriately under tremendous stress.”

For its corporate clients, the institute is coaching employees on the appropriate nuances to effectively communicate and interact with diverse individuals. In a two-day workshop, management professionals gain new insight on how their own culture shapes their views of proper work behavior and how those from other countries view those behaviors. “Something as simple as the way an executive presentation is structured and communicated can differ widely across the globe,” cites Griffith, who provided cultural coaching to Harris Corp.’s international program managers so they can more effectively influence international customers.

The institute’s global leadership workshop examines how leaders are viewed in different societies and provides tools for leaders to adapt their strategies.

“What is considered a leadership best practice in Chicago won’t resonate in Sao Paulo and will demotivate employees in Shanghai,” Griffith adds.

Working with a local technology firm that had been acquired by a Japanese corporation, the institute helped the firm understand how to better communicate with its new Japanese management. “Japanese decision-making is vastly different than the traditional style employed in the U.S.. Decisions must go through a lengthy series of peer reviews before top management approves them. However, once the decision is made, Japanese leaders move very rapidly to implementation. In the U.S., we make faster decisions and then work out the bugs on the fly,” explains Griffith.

The institute has partnerships with universities and consulting firms in Europe, Asia, Africa and South America. The institute also leverages the large Florida Tech international student body for firsthand l information and resources for their workshops.

Ultimately, sensitivity to foreign customs is all about building trust by respecting the diversity and sharing common ground, and cross-cultural education fosters this respect.

“You don’t always get a second chance.” 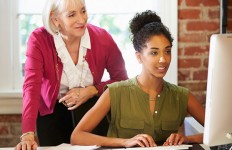 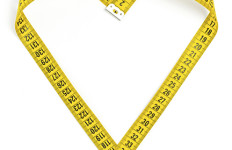 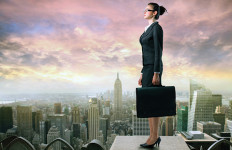 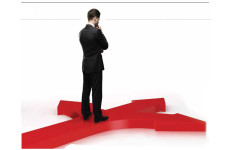