In its quest as an international model for higher learning, the University of Central Florida is transforming lives with “collective impact.” Details about components of its strategic plan, (to be released this summer) were revealed that is anticipated to have an economic impact of $10 billion over the next five years, due in part to the recently approved UCF campus in downtown Orlando.

Highlights of the plan include: 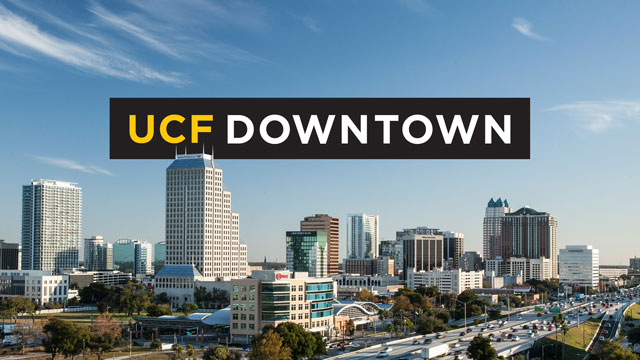 NOTE: * Each measurement is annual and defines 5-year and 20-year results.

Shortly after the news of UCF’s strategic plan’s economic impact, a second announcement was made that Thad Seymour Jr. was named vice provost of UCF Downtown.

Seymour is a respected leader and business strategist, formerly serving as senior vice president of Tavistock Development Company, which led strategic planning and business development for Lake Nona’s Medical City – projected to create 30,000 jobs and have an economic impact of $7.6B to the local economy by 2017.* Additionally, he developed a range of national and international partnerships, including recruiting Florida Blue and the United States Tennis Association to Florida. Seymour also served as president of the Lake Nona Institute and co-founded the Lake Nona Impact Forum, which annually attracts thought leaders from around the world.

According to UCF Provost and Executive Vice President Dale Whittaker, Ph.D., “Building on what our strong planning team has achieved so far, bringing in a new leader will help UCF Downtown transform our community for decades to come.  Thad is no stranger to transformational projects in Orlando.”

With the strategic plan document scheduled to be presented to the Board of Trustees later this month, Seymour will transition his focus in the coming months to the downtown campus, where he will manage the project and push for innovation in everything ranging from construction to classroom teaching.  Seymour will help develop strategic partnerships with academia, industry and public agencies and the downtown leaders to make this new campus a national model for higher education innovation.

Whittaker adds, “As our new Vice Provost, Thad will not replace any academic leadership at the downtown campus. He will take a holistic approach to developing this 21st-century urban learning hub with our UCF and Valencia colleagues, the City of Orlando and other partners. At UCF Downtown, we will do things differently — from leadership to learning — to make the greatest impact on our community.”

Seymour will join the UCF Downtown team of Senior Associate Vice President Fred Kittinger, Assistant Vice President Paul Lartonoix and Project Manager Mike Kilbride, along with faculty and staff from the programs that will relocate downtown.

For nearly eight months, Seymour has facilitated the Collective Impact Strategic Planning process, as a senior advisor to the university. It has involved the contribution of more than 800 UCF faculty, staff, students and leadership, as well as community members, officials and business leaders.  According to Whittaker, the strategic plan was designed to position UCF as a pacesetter among universities nationally with a reflection of diverse voices, disciplines and actions – setting UCF’s trajectory over the next 20 years.

Photo Credit: Top courtesy of the University of Central Florida.

Santos is a seasoned marketing professional directing marketing communications efforts for the University of Central Florida’s Center for Innovation & Entrepreneurship and its Office of Research & Commercialization. She has established her consulting practice working with nonprofit organizations as well as small to medium-sized businesses in the areas of public relations, strategic marketing and special events management.