The University of Central Florida is fortifying its defense research. In first quarter 2014, it earned five research grants worth nearly $2 million from the Defense University Research Instrumentation Program — placing UCF among the top three university award recipients in the nation.

UCF will use the funds to purchase major equipment for projects in the College of Optics and Photonics (COP) and the Institute for Simulation and Training (IST), in partnership with the College of Nursing. For example, Professor Martin Richardson will receive $702,000 from the Army Research Office for equipment to develop an ultrafast, high-energy laser facility that will allow researchers from across the nation to study different areas of laser science in multiple atmospheric environments.

In all, awards totaling $39.9 million will help 149 university researchers at 84 academic institutions purchase state-of-the-art research equipment, which will benefit science education, medical training and the preparation of troops. The Army Research Office, Office of Naval Research, and Air Force Office of Scientific Research fund the projects. The University of Illinois and Rutgers University were the other universities to receive five awards. 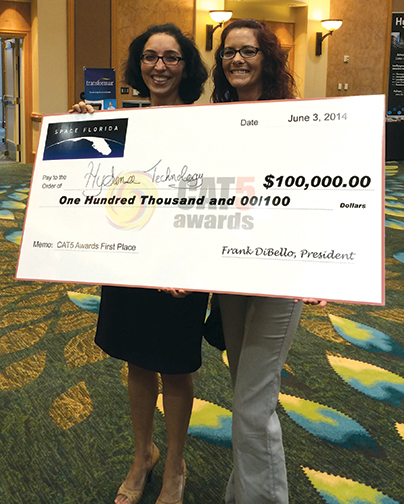 HySense Technology, a UCF spinout company, received the $100,000 first-place award at the CAT5 Awards at the Innovation Concourse of the Southeast: Manufacturing and Safety event in Orlando. The company took the top prize from a pool of more than 80 technology-based companies.

HySense, founded by UCF Florida Solar Energy Center researcher Nahid Mohajeri, develops and produces an intelligent tape that changes color in the presence of hydrogen and other gases. Mohajeri’s technology detects hydrogen leaks wherever hydrogen is stored or transported as part of a $10 million grant from NASA’s John F. Kennedy Space Center. Her company later licensed the technology from UCF.

HySense is marketing a specialty beige tape that turns black when hydrogen is detected. It can be wrapped around or attached to surfaces where gas might leak.

The CAT5 competition, hosted by Space Florida and UCF, showcases tech companies in the Southeast that have the potential to attract additional venture funding for Florida’s entrepreneurs. 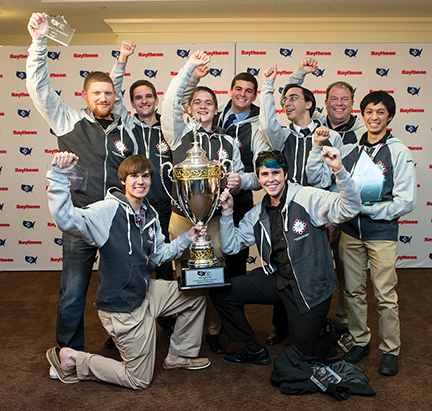 An eight-member UCF team that started as a grassroots effort to educate the community about cyber attacks and how to defend against them was named the best cyber defense team in the nation at the Raytheon National Collegiate Cyber Defense Competition in San Antonio.

The team placed first, edging out the Rochester Institute of Technology, which placed second; the University of Alaska at Fairbanks took third.

There was no cash prize, but the UCF team had its photo displayed in Times Square in recognition of its excellence. The students also will be flown in to tour Raytheon’s Government Cyber Operations Center near Washington, D.C., this summer. Another reward: potential employment. The team’s skills and outreach activities are drawing the attention of local and national industry players.

Raytheon and other organizations interested in enhancing cyber security — including U.S. Homeland Security, McAfee, Boeing, Walmart and Amazon, among others — sponsored the competition. In its ninth year, the event was organized to help students gain hands-on experience that merges theory and practice to create awareness about cyber defense and to give higher education institutions a way to gauge the effectiveness of their programs. 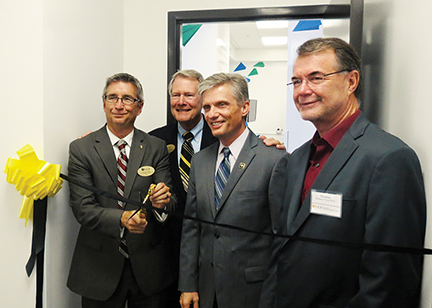 UCF’s new Starter Lab, located on campus at the College of Business Administration, serves as an experiment in collaboration. The lab provides a 1,500- square-foot space where students of all disciplines can work together on new venture ideas.

“The Starter Lab (RAISE) is a great place for students to collaborate with others and ‘noodle’ with preliminary innovation and new venture ideas,” says Dr. Cameron Ford, director of the Center for Entrepreneurial Leadership
at UCF.

“The space features meeting space, pervasive whiteboards and post-it notes, as well as materials to experiment with preliminary ideas for innovative solutions. We think it will become an important space that fosters the development of an entrepreneurial culture at UCF.” 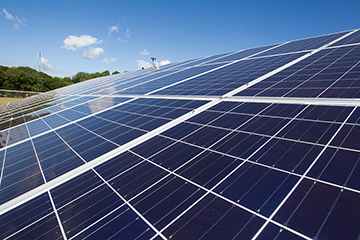 Two UCF scientists have earned national awards as their inventions are expected to make a difference in fueling future commercial spacecraft and in the efficiency of solar panels needed to convert sunlight into electricity.

Seal and his team with the NanoScience Technology Center found a way to engineer nanoparticles that grow within solid and liquid substances used for propellants in collaboration. Propellants are used to fuel commercial space-launch vehicles and government satellite launches.

Dhere and his team of graduate students developed a new way to prepare absorber films for photovoltaic solar panels, making them more efficient and less expensive. Dhere’s method includes a new process for using the metal organic compound diethyl selenium. The new approach is also safer than the traditional route used in the industry, Dhere says.

This article was printed as “Defense Arsenal.”