Sensing opportunity in advanced manufacturing, educators along with industry leaders and government officials are building toward a new era.

There’s a lot of talk these days across Florida’s Super Region about sensors and advanced photonics manufacturing … in fact, there’s another article in this edition of FORWARD FLORIDA (Transforming Live) devoted to the University of Central Florida’s Florida Advanced Manufacturing Research Center in Osceola County that is sparking international interest.

So what’s really behind all this chatter?

At the heart of it is enlightened thinking on the part of many leaders and a willingness to leave egos and logos at the door when presented with a game-changing opportunity that has the very real potential to transform the economy across The Corridor … Florida’s High Tech Corridor … a 23-county area that includes what is often called Florida’s Super Region — and more.

We are an area that over the past 20 years has been breaking new ground in cooperation and collaboration … some call it “co-opetition” — where our companies, communities, counties, colleges and universities aggressively compete for individual wins, but as in the case of the advanced manufacturing center, come together for what can only be called a collective victory.

Consider that this project could be responsible for nearly 20,000 jobs over the next 10 years. Imagine the impact of high-wage, high-value jobs that are part of a renaissance of manufacturing on U.S. soil made possible by technologies developed here at home. 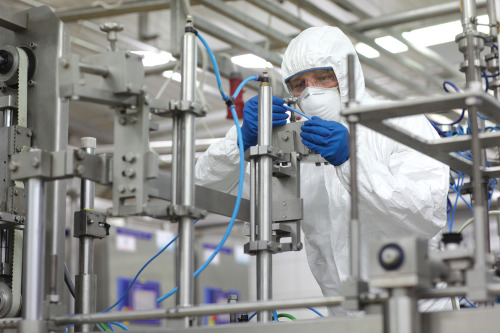 UCF and Osceola County agreed to go all-in to position the region as ground zero in a movement that will see manufacturing of devices that in many ways act like humans … able to sense things and movement around them, designed to sense changes in critical environments ranging from the very cold to those that depend upon constant temperature such as petroleum transportation — all the while reacting to those changes or reporting to the end user at critical levels.

All of us have seen amazing advances in recent years in everything from our refrigerator at home which senses a freezer failure or even a door left ajar, windshield wipers that come on automatically at the slightest moisture on the windshield and smartphones that are sensitive to our touch and quickly perform functions that heretofore would have required countless keystrokes.

We have begun to live in the sensor-driven age … an era made possible by a combination of semiconductor and photonic advances, many of which are tied to CREOL, UCF’s College of Optics & Photonics which produces some of the top minds in the field.

And you might think that this is just one of those Metro Orlando things that will be great for people in the immediate surrounding communities, but investments by the University of South Florida in Tampa and the University of Florida in Gainesville (UCF’s partners in The Corridor), disprove that. Both schools immediately committed $250,000 of their own funds toward this initiative because all indications are that this will spread out across the entire region.

On the heels of that, Florida International University in Miami made an equal commitment in the belief that this will truly be a statewide asset. Add this to a UCF commitment of $10 million and $6 million from The Corridor over five years (the largest single grant in our 20-year history) and you see an impressive picture.

There’s good reason to believe that will happen because this project is much like the one that sparked enormous high tech growth in Austin, Texas, when nearly 30 years ago a consortium known as SEMATECH was formed to focus on semiconductor research and development. It is credited as being the driving force for economic expansion, resulting in doubling of Austin’s population and sparked a run of high tech growth that continues today.

Now, UCF and its academic andcommercial partners are headlong into creation of a similar initiative … known as ICAMR (the International Consortium for Advanced Manufacturing Research), a consortium devoted to the same level of research and development activity for sensor-driven manufacturing that SEMATECH ignited in Austin.

In fact, Dan Holladay — formerly a senior engineering executive at SEMATECH — has come to UCF to head up the effort of creating this 100,000-square-foot, $61 million facility, as well as to recruit consortium partners globally.

Stay tuned as major corporate and institutional partners are added to the consortium, as Osceola County and UCF complete this employment center and the world’s high tech attention becomes focused on yet another example of how working together can result in such positive outcomes. 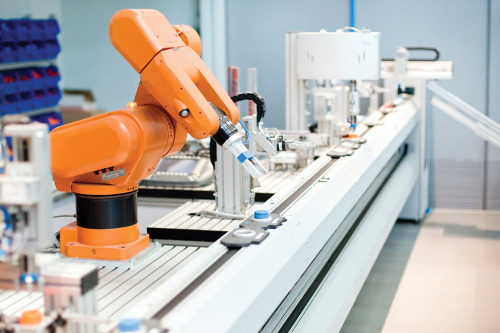