It used to be children in the classroom got their hands dirty from crayons, finger painting with maybe some Elmer’s glue thrown in. Today’s flash cards are replaced with the flashing lights found on computer screens. Welcome to classrooms in 2014 brought to you by advances in technology. We now have little hands holding cold, smooth computers, iPads and tablets.

This year more than 750 million educational apps for mobile devices will be installed worldwide.

While opinions are mixed on the role of apps in the classroom, everyone can agree they are here to stay and most educators propose a balance between the high tech and human touch.

Edtechpreneurs are growing in numbers. Here’s a look at some popular children’s apps. 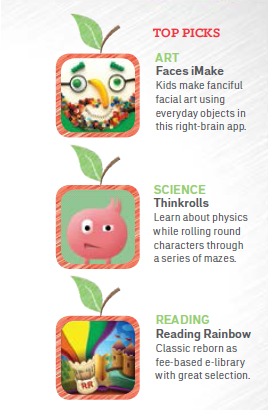 The cuddly, plush robot through its interactive storytelling iPad teaches personalized stories to children, age 2 to 7. Story concepts include: How is Honey Made? What is Lightning? What is Gravity? How do I Count Money? How Does a Car Go?

The company raised more than $60,000 in a Kickstarter campaign that ended in October. Entrepreneurs at heart, Scheinberg and Harden really began collaborating at a startup weekend event in Orlando in November 2013. Orlando has fertile ground for tech entrepreneurs where there is excitement and a great spirit of collaboration.

Parents were part of the TROBO focus groups in tailoring the educational tools. An avatar builder allows them to design an avatar of their child and put them in the stories. And, of course, there will be a boy (Newton) and a girl (Curie) TROBO.

An extensive library is planned for the app and the Christmas Wish List for 2015 — store shelves. 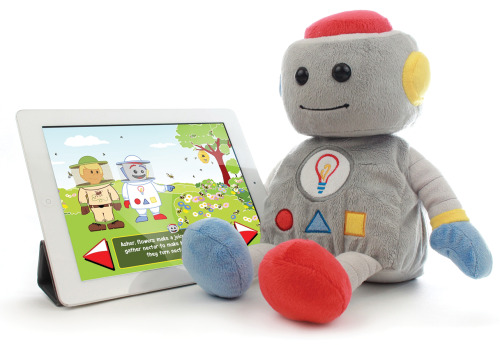