Thanks to vision and planning (and inclement weather), orange groves turned into roads and rooftops in southwest Orange County, becoming a model of community design.

Jim Sellen had waited years. As the former planning director for Orange County, he sometimes could only watch and bide his time as the foresight of developers in west Orange County was blinded by the idea of building one-acre-lot subdivisions and piecemeal development.

“There would be county project approval and then later a school would need to be built, but where would the school go? So, to take advantage of less expensive land, the school would have to be located farther from the [housing] rooftops, which meant the kids would have to travel farther to school,” says Sellen, describing the typical piecemeal approach to development of the day.

Then Sellen got his chance. In 1993, a group of property owners working in partnership with Orange County was seeking a long-term solution to transform freeze-ravaged orange groves into a new kind of cash crop. Horizon West Inc. hired the firm Miller, Sellen, Connor, & Walsh Inc., to develop a project concept, design standards and a planning overlay for 38,000 acres in the rural southwest part of the county, just north of the Walt Disney World Resort. And Sellen was tasked with the blueprint.

His response: “I was totally psyched—what a challenge! Basically, you’re waiting for someone to come ask you to do something like this because you’re sitting there going, ‘I think I have the solution—if I just got the opportunity to do something on a big-picture basis.’”

In June 1995, Orange County approved his framework for Horizon West, marking the beginning of what promised to be a new and visionary future.

The plan called for the measured, sequential development of suburban villages, which would consist of neighborhoods designed around a respective elementary school. Villages were slated to be between 1,000 and 3,000 acres and surrounded by greenbelts, while village centers were designed to encompass no more than 60 acres. Schools would be penciled in ahead of time and built when the number of housing rooftops warranted construction. Similarly, village centers with a grocery store anchor were reserved for every two to four neighborhoods, pending a count of rooftops to support them.

The planning vision reflected principles of the Garden Cities and New Urbanism concepts of development, where as communities develop over decades each contributes to a sense of place, a commitment to environmental protection, excellent architectural design, and quality pedestrian environments and community spaces.

Sellen and his firm conducted several studies on how communities could be developed, going all the way back to village-concept thought leaders Clarence Perry and Sir Ebenezer Howard. Circa the late 1800s and early 1990s, both were credited with greatly influencing the development of model suburbs across the U.S.

“You have this hierarchy of place, where you have neighborhoods that build up to villages that build up to town centers, connected by a road system we had thought out in advance, which allowed for walkability and ultimately allowed for transit connections from the village centers to the town centers,” cites Sellen, now a principal at Vanasse Hangen Brustlin Inc. (VHB) in Orlando. “It was the kind of urban form that made sense.”

Perhaps most notably, Hamlin, the first piece of Horizon West’s first town center is now being built. Under development by Orlando-based Boyd Development Corp. through a joint venture with Dallas-based investment firm Stratford Land, Hamlin’s 640 acres are approved for 2 million square feet of commercial space (offices, stores, restaurants and a hotel) along with schools and a hospital. Also, the project will feature 1,700 single-family and multifamily units at build-out.

“There was a concept of how to plan and what a master plan looked like and what buildout would look like,” Sellen adds about the original vision. “Everybody understood.”

The execution, though, wasn’t so simple.

While Horizon West continues as a picture of development promise, success came with consternation and lessons learned. For starters, the comprehensive, integrated design approach brought trepidation from the county administration. For Orange County, which was poised to construct a beltway through adjacent land, a future with an attractive, planned development held much more appeal than a corridor jammed with T-shirt shops. At the same time, a question persisted: If there’s going to be change, what should change look like?

“The thing I remember most about the early discussions regarding Horizon West was how conflicted I was at that point,” recounts Linda Chapin, then Orange County Mayor (1990-1998). “I had built a reputation of being tough on growth management and concerned about urban sprawl, and suddenly we were talking about putting a large development out in the middle of nowhere, miles and miles from the urban core. At the same time, the freezes had made it impossible to preserve the citrus groves, the landowners were in a very hard spot, and to add to that there was no workforce housing anywhere close to Disney. So I really struggled with the concept … probably a good thing, because it made us think through every conceivable aspect.”

In addition, while it was great to have a concept people understood, it wasn’t so great having myriad landowners and multiple personal views. Literally hundreds of property owners had to be coalesced into one growth management solution.

“You had many different property owners. So how the roads got built, how the utilities got extended and many other issues all bogged the process down for several years—until we could get the owners to agree on how they would come together financially … to support the kinds of things that a master developer would do,” Sellen explains. “So what was perceived as a very good thing—this wonderful master plan—when implemented, until everyone got on the same page, it was tough going.

His lone lament: not fighting harder to find more of a front-end answer for how to finance infrastructure. Sellen contends he should have tried to figure out a way to accrue dollars for future use. “It was a lesson learned,” he says.

Class remains in session. As a testament to Sellen, he and his firm are still involved in Horizon West, which aside from the housing units contains two elementary schools, a middle school and a commercial center. The growth, he says, has been at a “pretty good clip.”

More impressively, the development of Horizon West has become a symbol, a pattern for emulation, comments Chapin: “I think it can be a model within certain circumstances. The landowners’ desire to do something with their land made them agreeable to the requirements we insisted upon: a very detailed master plan, provision of infrastructure by the developers, a commitment to schools and the community’s future needs. Of course, planning has come a long way since then, but Horizon was one of the first to showcase the ‘new urbanist’ concepts of villages with activity centers and an attention to community infrastructure in advance of the need. … “

The pieces have fallen in place.

“For the first time in Orange County, you had a master plan that said ‘this is what it’s going to look like,’ Sellen concludes. “Now, you have to fit into that. We basically took the puzzle pieces, and we created the top of the box.” 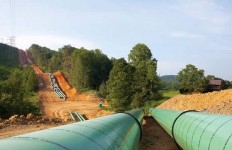 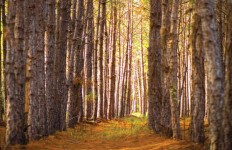 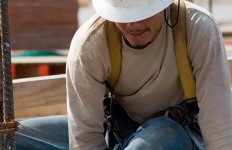 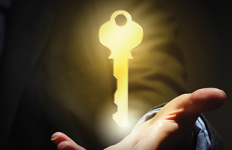