According to online statistics portal Statista and other expert sources, the United States is the second largest construction market in the world, with a global market share of about 10 percent.

New construction is expected to exceed $1 trillion this year, and production worker employment is up to 7.3 million.

Florida, meanwhile, is one of the top states in the nation for industry growth, innovation and employment. The industry is moving full speed ahead here on everything from transportation and critical infrastructure systems to office and industrial buildings, education, hospitality, entertainment facilities and more. 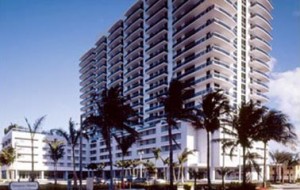 Behind that movement there are other trends, as well. My intent is to initiate dialogue on subjects such as safety, workforce and training, building material and design trends, the latest technologies, energy issues and impacts, industry challenges and opportunities, among other topics.

The goal is to provoke thought and raise awareness about construction.

Consider this recent insight from the American Institute of Steel Construction: “Three independently developing movements are converging to radically change the manner in which buildings are designed and constructed: the design-build movement, computer-aided design and Building Information Modeling. …

“Virtual design and construction now allows project teams to build a structure twice – once virtually and once physically. Design activities have been horizontally integrated across disciplines while construction activities have been integrated vertically through distinct supply chain stages. The demonstrated results have been savings in cost and schedule accompanied by enhanced project quality and improved project safety. …

“Each of these three trends if taken independently present the possibility of significant change in how buildings are designed and delivered. However, in today’s market these three trends are building upon each other, reinforcing the necessity of change and developing a synergy that is accelerating those changes.”

Two other bits of industry news center on capital investment and the multifamily market:

According to a survey taken among the members of the Association of Foreign Investors in Real Estate and released in March, the U.S is a magnet for foreign investment. More than 90 percent of survey respondents say they plan to maintain or increase the size of their U.S. portfolio in 2015.  By a wide margin, the United States was voted the most stable and secure country for investment, besting both second-place Germany by 55 percentage points and third-place United Kingdom by 60 percentage points.  The U.S. also offers the greatest opportunity for capital appreciation, outperforming second-place Spain by 34 percentage points and third-place U.K. by 40 percentage points. The Association of Foreign Investors in Real Estate has nearly 200 members representing 21 countries.

Additionally from that annual survey, multifamily properties rank No. 1 among U.S. investors, followed by industrial, office, retail and hotel property types in descending order. Within the multifamily category, 74 percent of respondents said mid- and high-rise apartments faced a low risk of obsolescence due to demographic and technological changes.

In Florida, demographics bode particularly well for the multifamily market. As the economy continues to improve, Millennials (18 to 34 year olds) living with their parents or doubling or tripling up in apartments will begin to form their own households. Notably, the Millennial generation is the largest in U.S. history, and in Florida it’s expected to grow as a segment, according to U.S. Census data. As those household formations increase in 2015, rental apartments will still generally be their first home. Rental vacancy rates remain at or near their lowest level since 2000, and rent growth exceeds inflation in most markets, according to market data. That has prompted new development and property value gains. Multifamily mortgage originations have risen about 60 percent between 2011 and 2014, and further increases in volume are anticipated in 2015. Normal levels of multifamily production returned in 2014, increasing by 15 percent, and are projected to hold steady through 2015.

Just for starters, those trends, I believe, are worth following.

Scott Moss is the president of Moss & Associates and was the firm’s first employee. Moss is a graduate of the University of Florida, past chair of the Associated Builders and Contractors – Florida East Coast Chapter and is a member of the Young Presidents’ Organization, a global network of young chief executives with approximately 22,000 members in more than 125 countries.