It’s an industry with a nearly billion-dollar impact in Florida.

And yet, many people don’t even know it exists.

The Florida wine business has been slowly chugging along—aging and maturing, just like a fine wine—and only now is starting to see the fruits of its harvest. While still not a powerhouse like California or other regions of the world, Florida wineries are getting flocks of visitors thanks to increased interest in wine and agritourism and stepped up marketing efforts to promote the industry. 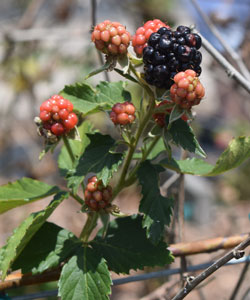 Florida has about 25 certified farm wineries, according to the Florida Department of Agriculture and Consumer Services. Basically, it means that those wineries both grow commodities related to their wine, such as grapes or other fruit, and they sell wine and offer tours.

Yet the market in the Sunshine State isn’t a copycat of California, Virginia, or New York. Traditional types of wine grapes such as Chardonnay and Merlot would be difficult to grow in Florida’s heat and are prone to Pierce’s disease.

“There’s super high humidity and rain, and those grapes can’t handle that,” says J.R. Newbold, a grape grower and president of the Florida Wine and Grape Growers Association in East Palatka. So, Florida’s winemakers often use the Muscadine grape, as well as other native grapes that are common throughout the Southeast. Of course, being Florida, winemakers have used their creativity to make all kinds of types of fruit-based wines, be it strawberry, key lime, blueberry, mango, lychee, and others. Many times, the fruit used in those wines is grown in the state as well.

Going strictly by the numbers, Florida appears to be the ninth largest wine-producing state in the nation, with a total of 1.8 million gallons, according to 2015 data by the U.S. Alcohol and Tobacco Tax and Trade Bureau. However, Newbold says, those numbers are deceiving. There’s a lot of wine rebottled in Florida and then shipped to other destinations, such as the Caribbean. A more accurate figure would be 580,000 gallons produced specifically in Florida, he said. That may lower the state’s standing in the wine making rankings, but it’s still a higher potential ranking than many might think. The state’s wine and grape industry as a whole has an economic impact of $895 million, according to a 2010 report from Stonebridge Research.

There’s also been an increase in the number of Florida farms that grow grapes, according to the Department of Agriculture data. Five hundred fifty-eight farms grew grapes in Florida in 2012, a 70 percent climb from 2007.

St. Augustine is heralded as the birthplace of American wine, with early reports of production from around 1565, thanks to the city’s European settlers. With those historical roots, why has it taken so long for the Sunshine State’s wine business to flourish?

First, there’s the perennial challenge of the weather. Although muscadine and other heat-tolerant grape varieties grow in Florida, they don’t have the same liquid glamour as better known wine grape types.

“Grape growing is challenging anywhere, including Florida. I’m sure the citrus guys are raising their eyebrows at me when I say that,” says Charles Cox, president of Seavin, which operates the state’s largest wineries, San Sebastian Winery in St. Augustine and Lakeridge Winery & Vineyards in Clermont.

Then, there’s the cost behind starting a vineyard, which one Inc. magazine article estimates as $35,000 to $45,000 an acre. “It’s incredibly expensive to plant vines and then not get any fruit for three to four years,” Cox says. Taking care of vines and shepherding them through till harvest takes special training.

Then there’s the marketing hurdle, both in terms of dollars and the traditional image of wines from the Southeast. “A lot of wine connoisseurs poo-pooed Muscadine for years as a dessert wine for ‘simple Southerners,’” Newbold says. “But there’s actually a proud tradition of Southern winemaking. And people aren’t ashamed anymore to say they like sweet wine.”

Individual wineries and vineyards, as well as the state’s Viticulture Advisory Council have invested money into marketing, including billboards and radio ads that lead consumers to the Try Florida Wine site.

Still, the effort to make people aware of Florida wines needs even more steam. There are still people surprised to learn that wine is made in Florida, even if they live just 10 minutes from a winery, Cox explained. “We’ll always get a little bit of that, but it’s not as much as it used to be 20 or 30 years ago,” he says.

Yet the public’s growing interest in wine and agritourism, along with a trend toward letting taste buds guide what someone drinks versus strict wine/food pairing ideas have all opened the Sunshine State’s wine market possibilities.

Add to that the constant growth in U.S. wine consumption of wine and Florida’s high ranking as a wine-consuming state, according to a Business Insider 2014 report—and you’ve got a market ripe for growth.

(Coming in Part 2 we will look in more detail at the current state of the industry.)

Caceres is a freelance writer in Bradenton. She specializes in travel, health, food, and agriculture.

Florida Wine By The Numbers→