In the days before Walt Disney made Florida a mecca for theme parks, back when South Beach was merely the southern end of Miami Beach and a Jaguar was a luxury car and not an NFL player, citrus was king in the Sunshine State.

With an economic impact today of nearly $11 billion (including more than 70,000 jobs), it remains a long way from pauper status, but the industry that once ruled the state is facing a challenge far greater than migration from the farms to the cities and suburbs. A disease with a strange sounding name – huanglongbing – has put the state’s citrus growers in a fight unlike any they have seen before.

More commonly known as citrus greening, the devastating plant disease reduces the ability of trees to produce fruit and renders much of the fruit that does grow inedible. It is the scourge of citrus producers worldwide, and Florida has been hit hard.

During the last full growing season before the disease appeared in the state, 2003-04, growers here produced 242 million boxes of oranges, making Florida the unquestioned leader in U.S. citrus production. By the summer of 2005, the disease made its first known appearance in Florida, near Homestead, and it slowly but surely marched north into the heart of Central Florida, the state’s premier citrus-growing region.

More than a decade later, Florida remains the nation’s citrus leader, but citrus greening has taken its toll on the state’s industry, as evidenced by the latest USDA 2014-15 production forecast, released last week. 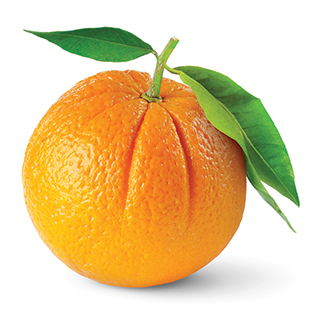 The department expects Florida to produce about 102 million boxes of oranges this year, or about 42 percent of the level produced before the disease arrived. The decline has been steady since the high-water mark of 2003-04, plunging to about 149 million boxes in 2004-05 and vacillating between 133 million and 170 million boxes through 2012-13. Then, there was another precipitous drop last year, from 133.6 million to 104 million boxes.

Nationally, the entire U.S. crop is less today (154 million boxes) than Florida was at the height of its production.

Florida Citrus Mutual, a marketing association for citrus producers, estimates the disease cost the Florida industry more than $4 million and eliminated at least 8,000 jobs during the first five years the disease was active in the state. Nonetheless, the association indicates the industry remains an economic powerhouse in the state with an impact of almost $11 billion annually.

Meantime, the state and federal governments are fighting back. Recently, a federal program aimed at fighting diseases in special crops awarded $13.4 million to the University of Florida’s Institute of Food and Agriculture Sciences to help research possible solutions to the disease. The grant will help UF pursue four specific strategies: developing a spray to eliminate or reduce the infectious bacteria; utilizing steam treatment to help mitigate the effects of the disease; creating a microbial treatment for plants; and developing new, disease-resistant hybrids.

Researchers hope that, even if it doesn’t initially eliminate citrus greening completely, it will help contain the spiraling costs associated with fighting the disease. Those cost spikes are bringing smaller producers to the brink of financial failure.

“It’s costing about $2,000 an acre more in growing citrus,” Jack Payne, senior vice president for agriculture and natural resources at UF, told WUFT earlier this month. “For a lot of the smaller operators, it’s getting too expensive. What we’re seeing is a consolidation of the citrus industry.”

The state also is looking to step up its game against citrus greening. Agriculture Commissioner Adam Putnam is seeking an additional $18 million from the Florida Legislature to fight the disease, effectively doubling state funding for disease control and eradication efforts.

“Now is the time to put all the resources we can toward fighting citrus greening,” he said in a statement this past January.

Tough as the battle may look now, the rate of loss is slowing, key officials and agencies are engaged and more dollars are being earmarked for the battle against citrus greening. This is an industry that survived a dramatic transformation of the Florida economy; one would be unwise to bet against it in this fight.