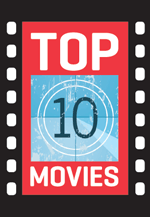 Based on Florida’s illustrious movie past, Film Florida’s dream of reinvigorating the state’s film industry via a replenished film tax credit is far from a Hollywood dream. Hundreds of amazing motion pictures have been made in the state, so it isn’t hard to see why many envision an even brighter economic future for movie- making here. (See Premiere Florida for the main story.)

To celebrate the past while the Florida Legislature debates the future, we decided to take a look at the great films that were made here and come up with our own 10 Best Florida films. To make this list, the film had to be set in Florida and have a substantial portion of the movie filmed here. This eliminates movies ranging from Ron Howard’s comedy Parenthood to the 1950s horror classic, The Creature from the Black Lagoon, where Florida doubled for other locales. We reluctantly nixed some other major films — from Midnight Cowboy to Get Shorty to James Bond movies Goldfinger and License to Kill — that have brief, important moments set and filmed in Florida but primarily take place elsewhere.

As part of The Late Show with David Letterman’s farewell week, Bill Murray spoke on Tuesday about filming Caddyshack in Florida. Caddyshack comes in at No. 10 on our list.

For more information on a film, expand each panel by pressing its title. With those disclaimers, the Top 10 are:

In writer-director Lawrence Kasdan’s update on 1940s film noir, Kathleen Turner exudes such raw sensuality that by the time slow-witted lawyer William Hurt suggests murdering her husband, most men in the audience are thinking, “Sure . . . sounds like a reasonable plan.” Add in a memorable Mickey Rourke cameo, atmosphere that has the audience feeling the South Florida heat and a spectacular final twist, and you have a modern classic.

Acclaimed director Sydney Pollack examines what happens when a Miami-based investigative reporter’s zeal for the front page leads her to put “accuracy” ahead of the truth. Paul Newman turns in an Oscar-nominated performance opposite Sally Field . . . and then Wilford Brimley shows up in the last 20 minutes and steals the movie from them both.

Only Gregory Peck’s fifth movie, this film helped launch him to stardom. A heart-warming, at times tear-jerking movie set in post-Civil War Florida, it tells the story of a boy and the pet deer that can’t possibly stay a pet forever.

This twisted, comic look at love, fidelity and social climbing stars Charles Grodin as a man who leaves his wife for another woman (Cybill Shepherd) while on his honeymoon, much to the dismay of her blue-blood father (Oscar nominee Eddie Albert). It is considered director Elaine May’s answer to her former comedy partner Mike Nichols’ The Graduate.

If you want to know how No. 3 on this list came to be, then watch this uplifting film (nominated for multiple Academy Awards) about Marjorie Kinnan Rawlings (Mary Steenburgen) and her move to rural Florida, where she wrote . . . “The Yearling.”

Critics originally derided but now have come to embrace this South Florida, Cuban-centric remake of the 1932 gangster classic. The film returned Al Pacino to the spotlight, saved budding star Michelle Pfeiffer from the wreckage of Grease 2 and featured a script penned by Oliver Stone. It also may have set a record for the number of times the f-bomb is dropped in a single movie.

Indie master director John Sayles crafted this slice-of-life tale that touched on themes of love, longing and race set in the midst of a northern Florida community torn about the possibility of new land development.

The characters don’t make a big deal of the fact that the country club is in Florida, but they also don’t pretend it’s elsewhere either. This Chevy Chase-Bill Murray-Rodney Dangerfield comedy gem was filmed entirely in South Florida and has become almost as beloved as writers Doug Kenney and Harold Ramis’ previous masterpiece: Animal House.

Key Largo (1948) and Some Like it Hot (1959). Key Largo has it all: Bogart, Bacall, Edward G. Robinson, gangsters, a hurricane and tight, tense script. Problem is only the movie’s first scene was shot in Florida (other Florida exteriors were stock shots from other movies). As for Some Like it Hot, true locals know the “Florida” resort in the movie is really San Diego’s Hotel del Coronado. So, neither film can quite make the list. But, if they could, make no mistake: They would be tied for No. 1.

Check out our Top 5 TV Shows to see who made the cut for the five best Florida shows. 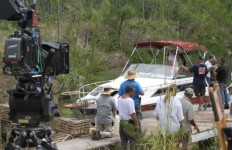 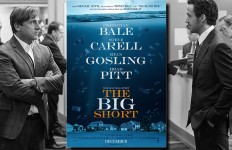