Editor’s Note: The Florida Legislature appears to have tabled legislation that would have permitted, and  regulated, fracking statewide. However, the debate is likely to continue at the local level.

No urban legend has captured the hearts and minds of marketing executives, branding operatives and conspiracy theorists quite like the legend of Coca-Cola’s secret formula. So priceless, the formula is guarded in a comically grand vault at the World of Coca-Cola in Atlanta (near the company’s headquarters). Legend tells of ingredients so secret, only two executives know the entire list at any one time. These two executives are so important to the future of Coca-Cola that they are never allowed to travel on the same plane together.

In reality, the ingredients of Coca-Cola are widely known. The recipe is the trade secret. The Food and Drug Administration defines a trade secret as “any commercially valuable plan, formula, process, or device that is used for the making, preparing, compounding, or processing of trade commodities and that can be said to be the end product of either innovation or substantial effort.” Seems reasonable enough, you developed the competitive edge, so you don’t have to tell the world about it.

In Florida’s SB 318 offered by Sen. Garrett Richter, R-Naples, trade secrets similarly defined by Florida Statute 688 provides oil and gas drillers a grand vault of their own. The bill intends to regulate Florida’s oil and gas resources, requiring permits from the Florida Department of Environmental Protection for hydraulic fracturing (fracking) and the disclosure of the chemicals contained in the fracking fluid. The loophole lies in the bill’s exemption of any information subject to chapter 688, trade secrets.

Fracking fluid is injected under high pressure into wells to make hard to get to oil and gas economically accessible. Companies can claim an exemption from disclosing chemicals in fracking fluid as a trade secret under chapter 688 and according to Kim Ross, president of ReThink Energy Florida in Tallahassee, companies do that about 10 percent of the time. Chemicals used in fracking fluid are the secret sauce in the nation’s oil and gas boom.

The threat to life and property from spills is real.

According to a study by the Environmental Protection Agency, the number of surface spills nationally could be as high as 3,700 a year. Spills will need to be tended to and cleaned up. Those doing the tending and the cleaning will need to know the chemicals involved.

And the chemicals involved may be volatile organic compounds, biocides, chlorides, acids, isopropanol, radioactive isotopes and heavy metals, which can all potentially end up in the secret sauce.

The EPA study also identified several potential mechanisms by which fracking could affect drinking water resources, including surface spills, over-pumping and inadequate treatment of fracking wastewater. In addition, a number of below-ground threats were identified, such as direct injection of fracking fluids into drinking water and the movement of liquids and gases from the fracture zone to fresh water aquifers. This secret sauce really gets around.

Americans love the idea of fair play. And protecting trade secrets creates a level playing field and the incentive to invest and innovate. That’s a perfect recipe for a growing economy. But at the crossroads of trade secrets, natural resources and human safety, lawmakers may need to think seriously about a lane change that let’s us know what is in the secret sauce. 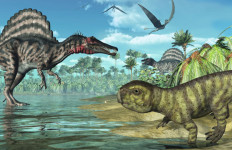 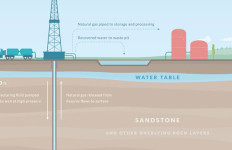