Florida’s Future and its Super Region

If you build it, will they come? When it comes to Florida the answer is absolutely.

With a population approaching 20 million, the state’s ever-evolving transportation infrastructure will eventually connect new growth corridors across the state and the Super Region, the swath of the state from Tampa Bay to Orlando and east to the Space Coast. But what will this look like?

Put away the crystal ball. In 2013, the Florida Department of Transportation’s (FDOT) Office of Policy Planning combed through economic development strategies from five regional organizations* to integrate and define long-term transportation priorities through 2060.

“Growth happens so quickly here that traffic congestion seems to immediately follow,” says Ananth Prasad, outgoing secretary of the FDOT. “By understanding where future development is likely, we can get engaged earlier and devise an effective game plan.”

In the Tampa Bay to Central Florida Study Area Concept Report, the FDOT paints a portrait of probabilities. 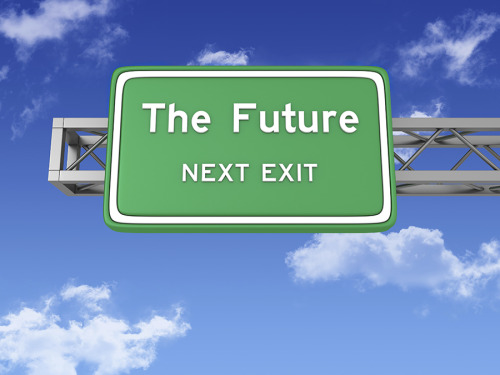 As recently as 1990, the urban areas of Tampa Bay and Central Florida were relatively distinct. They’ve since expanded into a nearly continuous swath either bordering or close to I-4 — the heart of the Super Region. According to the FDOT’s report, 68 percent of the region’s population and 95 percent of its jobs are now concentrated within this belt.

This megapolis will grow denser and more economically integrated in the years ahead. Other outlying pockets of development may join the mix. So where are we growing and, more importantly, how will we get there?

As the I-4 development corridor becomes ever more crowded, the growth pattern is shifting. Based on current trends, economic development organizations in the Super Region forecast the highest percentage of future development in portions of Polk County, the Suncoast area north of Tampa, the area to the southeast of Orlando, and Lake and Sumter counties, in addition to the established urban centers of Tampa and Orlando.

The projected growth could add north and south branches to the region’s growth footprint alongside the east-west I-4 corridor. It could also result in transportation connectivity gaps to existing or emerging population and economic centers. These areas could include:

• Suncoast Region to I-75 and Florida’s Turnpike

• Orlando to Lake and Sumter counties.

Today, I-4 is virtually the only high-speed trip option from Tampa Bay to Polk County, Polk County to Osceola and Orange counties, and Seminole County to Volusia County. Improvements are already scheduled to start in early 2015 (Page 19, “I-4 Update”). Similarly, the Beach Line Expressway (SR 528) is the only high-speed route linking Orange and Brevard counties.

Several proposals could provide a greater range of traffic options. However, many are being planned separately by independent agencies. Prasad wants a coordinated approach to planning and developing a multimodal system with improved connectivity.

“We can’t bury our heads in the Florida sand. Governments, developers and environmentalists must collectively work together so transportation decisions can be made more effectively. The FDOT can’t drive the process, but we can get all the stakeholders to the table.”

That includes the general public. Everyone is invited to participate in the FDOT’s Transportation Visioning Summit in Orlando at the Walt Disney World Dolphin on Dec. 17. It’s the kickoff to the agency’s update of the long-range Florida Transportation Plan and the Strategic Intermodal System Plan to implement the network of transportation facilities most critical to Florida’s economic competitiveness.

“Moving forward, we expect the state’s economy to begin relying less on service industries or tourism and more on manufacturing,” says Prasad. “This requires a different set of transportation priorities.”

And as the scope of shipping via Florida ports increases, other unique logistical needs must also be considered. “We have to determine what role each port will play and how we can best help them move goods and cargo.”

As existing and new development clusters grow, cities across the Super Region are becoming more economically integrated. Regional planners are looking to seamlessly integrate outlying economic centers with smaller ones closer to home, while also satisfying landowners and safeguarding the environment. The FDOT wants to connect it all in a way that makes sense for everyone.

“Florida is a very tax-friendly state with a great climate where people want to live, so it will continue growing,” says Prasad.

Since his appointment in April 2011, Prasad grew the agency from a $7 billion to a $10.1 billion operation as part of the governor’s push to expand the state’s transportation infrastructure. In a statement, Scott praised Prasad’s commitment to making Florida a major player in international trade.