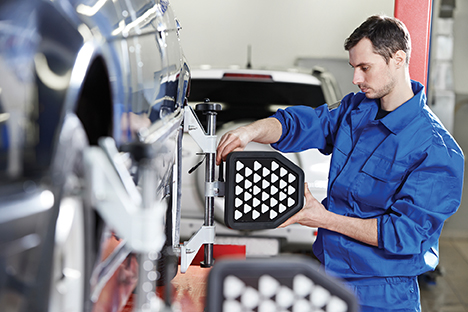 Research. Incubation. And the next generation of universal smart sensors.

Osceola County is partnering with the University of Central Florida and the Florida High Tech Corridor Council to establish a 100,000-square-foot research and incubation facility focused on the next generation of universal smart sensors.

The Florida Advanced Manufacturing Research Center will be the home of research aimed at advancing technologies that will shape the future of automobiles, surgical devices, home appliances and a host of other devices. Officials seek to recruit or create the world’s first industry-led smart sensor consortium.

The ultimate goal: make Florida a global leader in this rapidly growing industry.

As these innovations become ready for the marketplace, the center’s partners envision a growth in high-wage jobs for Central Floridians, with existing companies expanding and new companies moving to the region to collaborate with the center’s researchers.

“We’ve asked ourselves for years what comes next after Medical City, and it’s this infrastructure project,” says Rick Weddle, president and CEO of the Orlando Economic Development Commission, another partner in the center. “This is how the communities of the future are being built, and this is what technology-led economic development is all about.”

The center will be built on 20 acres owned by Osceola County near the intersection of U.S. 192 and Florida’s Turnpike, across U.S. 192 from Osceola Heritage Park.

The county has committed to investing $61 million for design, construction and equipment costs. UCF will lease the building for $1 a year for 30 years and will operate the center. In addition, UCF is set to provide $10 million (from non-state and non-tuition sources) to help design and build the center and for start-up costs, as well as another $7 million for focused faculty hires.

The Florida High Tech Corridor Council will contribute $1 million initially and expand the scope of its signature Matching Grants Research Program at UCF, the University of South Florida and the University of Florida to include sensor-driven advanced manufacturing. Up to $5 million of matching funds will be available for research activities and the operation of a consortium.

“This is a historic day for Osceola County,” comments Osceola Commission Chairman Fred Hawkins Jr. “Creating these types of 21st-century jobs will make us a world leader in this coveted and competitive high-tech field.”

Like in Osceola County and across the Super Region, Hillsborough officials are making a big push to help this key industry.

Thanks to the county’s $1 million pledge, the new two-year Manufacturing Academy and Apprenticeship/Internship Program is intended to help fill the industry’s talent pipeline and engage employers. The program will combine existing resources through Hillsborough County Public Schools and Hillsborough Community College in training for students of all ages. The resulting pool of talent will then serve as a resource for companies seeking to recruit. The program will place special emphasis on students, veterans, women, minorities and underserved communities.

The $1 million starter funding will be divided among the Manufacturing Academy; an Apprenticeship and Internship Incentive Program; and marketing of the two to potential private sector partners, students and their families. CareerSource Tampa Bay is charged with executing the program’s initiatives, while the Hillsborough County Economic Development Department and the Board of County Commissioners serve as administrators.

Participating companies must be for-profit manufacturing businesses located in Hillsborough County. They will be required to pay the apprentice or intern a minimum wage equivalent to the average entry-level wage for the industry.

In a state marked by a history of big land owners, who is the biggest today? The Church of Jesus Christ of Latter-day Saints — and it’s getting bigger.

Last year, the Mormon church became the largest private landowner in Florida when it purchased nearly 400,000 acres in the Panhandle from real estate giant, St. Joe Co. They weren’t done.

While that sale brought the church’s total holdings statewide to more than nearly 673,000 acres — almost the size of Hillsborough County — it most recently bought another 143 acres of state-owned land in south Hillsborough County (for $803,000). Farmland Reserve Inc., a nonprofit corporation affiliated with the Mormon church, made the purchase. The acreage consists of two noncontiguous parcels between U.S. 41 and Interstate 75, south of the Little Manatee River. It sits adjacent to agricultural land already owned by Farmland Reserve. The “intent is to expand our agricultural operations on this additional acreage,” according to a press release.

Citrus County offers proof that Florida utilities increasingly are moving to cleaner-burning natural gas and away from coal plants. Duke Energy Florida, the state’s second-largest electric utility, plans to build a $1.5 billion natural gas power plant in the county while shutting down two coal-fired generating units there. The 1,640-megawatt natural gas plant would be located on 400 acres adjacent to the company’s Crystal River complex and begin producing electricity in 2018. The two coal-fired units, also at Crystal River, are expected to be closed that same year.

Manatee County continues to broaden its economic base. Fast-growing Star2Star Communications LLC has launched a major expansion at its Bradenton area facility to accommodate the projected hiring of 350 employees over the next five years, according to the Bradenton Area Economic Development Corp. In addition, the Roskamp Institute, an area life-sciences leader, is continuing its mission to advance and commercialize research into Alzheimer’s and other treatments. Roskamp is leasing space to Rock Creek Pharmaceuticals Inc., a publicly traded company.

Orange County Mayor Teresa Jacobs and Chief Information Officer Rafael Mena attended a meeting at FEMA Headquarters in Washington, D.C., to demonstrate innovations in emergency response. Orange County was one of three organizations selected and the only county in the nation invited to give a presentation.