Browse: Home / Economic Development / In Case You Missed It: July 2014

In the mythical world of Harry Potter, Diagon Alley is a cobbled alley of shops and restaurants in London found behind a pub. In Orlando’s very real world of attracting tourists, it’s a potential money machine destined to become, given the theme, a cottage industry. 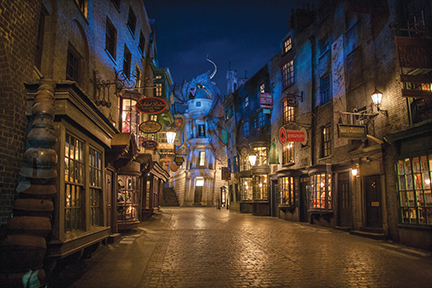 Located at Universal Studios Florida, the Wizarding World of Harry Potter – Diagon Alley features the shopping and dining you’d expect plus what Universal touts as the “next-generation thrill ride” — Harry Potter and the Escape from Gringotts. The new imaginative, immersive setting opened on July 8.

Guests can enjoy experiences and places found in the Harry Potter books and films: the Knight Bus, the streets of Diagon Alley, iconic shops like Weasleys’ Wizard Wheezes and the Leaky Cauldron.

Mostly, they will arrive in droves from near and far.

Reportedly, the Harry Potter seven-book series has sold upwards of 450 million copies and been translated in more than 70 languages. Universal and Orlando tourism officials are counting on similar popularity. 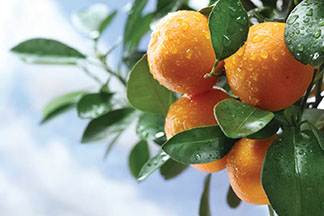 The Florida Department of Agriculture and Consumer Services has opened a 20,000-square-foot facility north of Gainesville that will introduce new citrus varieties to the state. Eventually, 20 new varieties each year could emerge.

Meanwhile, citrus greening disease has already destroyed 90,000 acres of trees in Florida, with as much as 70 percent of Florida’s citrus crop believed to be infected. Most kinds of citrus, from lemons to oranges to grapefruit, are susceptible.

The Department of Agriculture announced $31.5 million for a program to combat the plant disease, which has driven up the cost of orange juice. The program includes $25 million for research and Cooperative Extension Service projects and $6.5 million for special projects.

University of Florida researchers have found a possible chemical treatment for citrus greening but caution that it could be years before the cure could become commercially available to growers.

Florida produces more than 60 percent of the orange crop in the U.S. At the same time, the state’s citrus growers have been the hardest-hit in the U.S.

Researchers are working feverishly to develop a remedy. At stake is a $9 billion Florida industry. 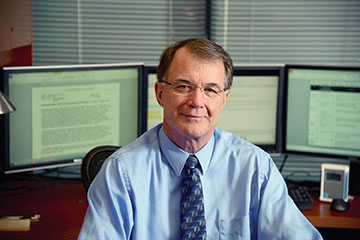 Growing seeds. So indicates the 2013 Regional Economic Impact Study, which points to thousands of new job creations, millions to Florida’s economy and additional millions in state and local tax revenues.

As of June 30, 2013, companies assisted by the Economic Gardening Institute of Florida represented 13,493 direct jobs across the state. Those companies had an estimated sales output of $1.14 billion and contributed $2.33 billion to the Florida economy. Also, during the study period between fiscal years 2012 and 2013, a variety of state, local and private sector funding sources invested $2.61 million in the five-year-old program, with a return on investment of $7.58 for every $1 invested.

Big numbers for a simple mission.

“GrowFL’s purpose has always been to help companies overcome obstacles and become prosperous,” says Tom O’Neal, associate vice president of the Research & Commercialization Office at the University of Central Florida and executive director of both the UCF Business Incubation Program and GrowFL. “Over the past five years, we have proven again and again that we are doing just that. Now we are being recognized as a major catalyst for helping second-stage companies succeed, and for enhancing Florida’s economy through job creation.”

Want to walk and bike? It’s about to get easier across the state.

In May, Gov. Rick Scott signed a $77.1 billion budget for 2014-15 — including a $15.5 million jumpstart toward a five-year plan to finish a 250-mile, multiple-use trail that, if completed, would stretch from the Gulf of Mexico to the Atlantic Ocean. Also, legislation permanently authorizes the Florida Department of Transportation to use state trust funds to build bicycle and pedestrian trails in cooperation with the Florida Greenways and Trails Council. 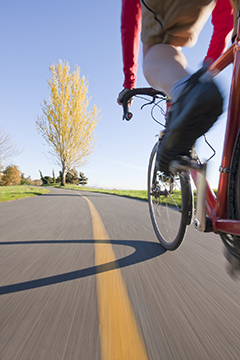 The Coast to Coast Connector consists of 14 trails (both local and regional). The push now is to fill in the seven gaps between those existing trails. Also, it’s the beginning of a Livable Florida — “where people have more transportation choices for recreation, exercise and traveling to work, school or social engagements.”

The cost to complete the vision: $50 million. In turn, peddling has economic power — generating $53.1 billion in retail sales and services nationwide, according to a six-year-old League of American Bicyclists study. Add in tourist dollars and it’s enough to inspire Florida to steer toward the Connector.