For Eastern Shipbuilding, its ship has come in. And then some.

Late Thursday, the Panama City, Fla.-based company, learned it was awarded the largest vessel procurement contract in the Coast Guard’s 226-year history. The contract is initially for nine Offshore Patrol Cutters (OPC), with a program goal to build a total of 25 at a cost of more than $10 billion. Construction of the first vessel will begin in 2018 with delivery expected in fiscal year 2021.

A family held company, Eastern employs 1,500, and has been operating in Bay County for more than 40 years. Its two facilities are the Nelson Street and Allanton shipyards.

“We knew from the beginning, that the U.S. Coast Guard would appreciate our excellent performance record of on time delivery of high quality vessels built by our first-rate craftsman,” said President Joey D’Isernia in a written statement.

According to the Coast Guard, the OPC acquisition will replace the service’s aging fleet of medium endurance cutters, some that are more than 50 years old. Each OPC will feature a flight deck and advanced command, control, communications, computers, intelligence, surveillance and reconnaissance equipment.

From an economic development perspective, this is huge for the state of Florida and Bay and Gulf counties. U.S. Sen. Bill Nelson, top Democrat on the Senate Commerce Committee, said in his statement, “This is a big win for the people of Northwest Florida. The 2,000 new jobs that this contract will create will provide a significant boost to the local economy.”

Eastern Shipbuilding Founder and CEO Brian R. D’Isernia received his law degree from Fordham University and also holds a degree in economics from Georgetown University. Married for more than 40 years, he and his wife Miriam have 10 children. In addition to their son Joseph D’Isernia who serves as president, five other sons also work at the company. 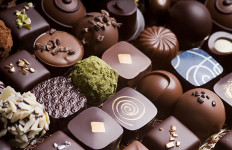