St. Petersburg Mayor Rick Kriseman is on the move when it comes to boosting the city’s economy. He has hired a new city development administrator, Alan DeLisle, who starts in January. Kriseman also commissioned a study on corporate relocation and has allocated more funds to economic development.

It’s hard to keep up with all the new projects taking shape there. In mid-December Locale Market opened in the newly launched Sundial retail complex. Celebrity chefs Michael Mina and Don Pintabona are behind the 21,000-square-foot fresh market and dining experience.

With downtown growing rapidly, a number of condominium projects are underway or on the books, including the $120 million ONE St. Petersburg, a 41-story, 253-unit condo tower with a second tower featuring 174 hotel rooms with groundbreaking in early 2016; The Arlington St. Pete, 34-unit townhomes; and The Salvador, a 74-unit luxury tower. They join condo projects Rowland Place (sold out) and the exclusive Bliss.

Meanwhile, a huge asset of the city continues to be scrutinized.

The St. Petersburg Downtown Waterfront Task Force is focused on establishing a master plan for the city’s waterfront, one that will provide the framework of guiding principles for future decision-making. At present, the task force is searching for ideas from experts in their respective fields as well as the general public. Downtown Waterfront Master Plan creative workshops began in November, and a website has been created to solicit opinions.The fact-finding, analysis and plan development are scheduled to continue until May.

St. Petersburg is making a splash, a big one. 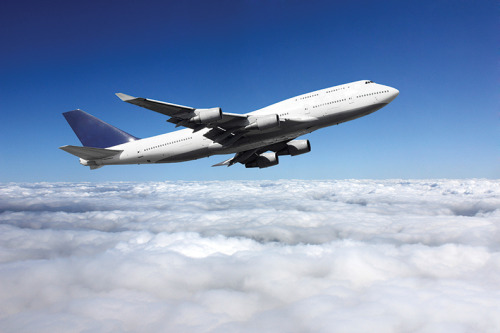 In Tampa, the master-plan expansion project broke ground. It includes expanding the main terminal, moving rental car operations outside of the vicinity of the terminal and creating a new 1.4-mile people mover to connect the new facilities. The $943 million project is scheduled for completion in 2017.

“We’re about to transform an airport that has helped transform our community,” he said. “We are so lucky to be right here, right now.”

Meanwhile, the Greater Orlando Aviation Authority’s $1.1 billion master plan, completed in November, sets a five-year capital plan into motion, including extending the capacity of the existing North Terminal to accommodate as many as 45 million annual passengers. Initial work involves extending the airport’s automated people mover to the south, and construction on a new garage/ground transportation center and intermodal transportation facility that will accommodate passenger trains.

Big doings for two airports that continue to rise.

The views and experiences along Orlando’s much-traveled International Drive are about to change — all in a quest to alter perceptions.

November brought the announcement that the StarFlyer swing attraction is on its way. The world’s tallest swing ride, measuring 420 feet, will land at the Vue at 360, a mega redevelopment of I-Drive frontage. The tower ride will reach speeds of 40 mph and is one of more than 35 worldwide (but the tallest). StarFlyer joins three other new attractions at the same site: the 400-foot Orlando Eye observation wheel, Madame Tussauds wax museum and Sea Life Orlando aquarium. All are set to open by 2016.

Nearby, the Skyplex indoor entertainment complex will feature the 570-foot Skyscraper, the world’s tallest roller coaster, in addition to restaurants like Mango’s Tropical Cafe Orlando, a local version of the staple of Miami’s South Beach scene. Skyplex is scheduled to debut in 2017.

As a result, International Drive, a novelty when it was introduced in the 1970s, will have a new face within two years.

Those aren’t the only evolutions along the roughly 11-mile strip. In addition, there’s the planned iSquare Mall + Hotel project, which could total up to $400 million if plans come to fruition. The multilevel upscale mall and 27-story “seven star” hotel still must complete the design and permitting phase, but groundbreaking could occur as early as summer 2015 with construction completed by summer 2017. The project also includes an indoor ice skating rink; a 100,000-square-foot convention center; a 500-seat live performance theater and a rooftop observation deck with rotating restaurant.

An art form itself, I-Drive is changing shape. And image.

These words no doubt brought smiles to both Realtors and homebuilders: “Florida’s housing market continues to show growth and stability over the past three months, with median prices rising and fewer distressed property sales.”

The comment came from 2014 Florida Realtors President Sherri Meadows, following a review of third-quarter numbers and a look ahead. “More Florida residents are getting back to work as new jobs are created and our population continues to increase, which boost the state’s economy and provide a strong foundation for the housing sector,” she continued.

Indeed, while final fourth-quarter 2014 tallies won’t arrive for several weeks, Q3 numbers were strong. And there was the promise of even better.

According to the Florida Realtors trade association, Florida’s housing market reported higher median prices and gains in inventory during the quarter. The statewide median sales price ($177,000) for single-family existing homes increased 4 percent from the same time a year ago. Closings of single-family homes statewide increased 7.6 percent.

John Tuccillo, chief economist for the Florida Realtors, believed the movement bodes well. “The third quarter numbers actually confirm what we have seen in the monthly data,” he said. “The housing market has settled into a stable pattern of activity that is reminiscent of the market before the craziness of the last few years.

“The good news is that this type of progress in the real estate market is likely to continue. We should see continued growth … .”

Music to many ears.