With apologies to Horace Greeley and the cause of Manifest Destiny, hedge funds have caught the migratory fever and are loading up their wagons — albeit with office furniture — and pursuing new frontiers such as South Florida, which is viewed as being rife with opportunity (and wealthy residents).

New York-based SkyBridge Capital joined those ranks in March when it added a Palm Beach Gardens office. The site will serve as regional headquarters for Southeast sales and marketing. The $12.5 billion firm attributes its decision to the encouragement of local economic development officials, high-net-worth potential clients and existing SkyBridge clients.

London-based RWC Partners then announced in May it was establishing an Emerging, Frontier and Asia equity business effort, with a 15-person investment team previously at Everest Capital, and opening a new office in Miami to support activities. In conjunction with the Miami announcement, the $10.1 billion firm announced plans to open an office in Singapore.

These moves are part of a concerted initiative of local officials to attract high-volume investment firms to South Florida. The Miami Downtown Development Authority understood the possibilities in 2013 and launched its own campaign. The first fruit emerged in April 2014 when Universa Investments LP, and its $2 billion portfolio, relocated its Santa Monica, Calif., headquarters to Coconut Grove.

The reasons for these moves aren’t the same as American settlers heading west in the mid-1800s. Yet, they are compelling. The families of top executives are attracted to the quality of life, year-round sunshine and good schools. Also, the firms are being enticed by cost-effective real estate options, financial incentives from local governments — with Gov. Rick Scott taking to the phones to assist — and no state income tax. 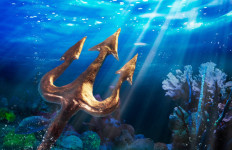