What is the “lay of the land” in Florida real estate markets, six years after the Great Recession turned them all into swamps? Where is the high ground today? Are there any peaks that stir excitement?

There is no question that real estate markets in Florida are recovering from the recession. State-wide data from the Florida Association of Realtors show steady increases in the volume of residential sales and in median prices, and steady declines in short sales from nearly 25 percent of all home sales in 2011 and 2012 down to less than 8 percent for the third quarter of 2014. Similarly, home foreclosures are sharply down from a year ago. And apartment properties are almost uniformly well-filled to the point that rents are rising.

But while there is broadly good news across Florida’s real estate terrain, we can still wonder if there are interesting peaks of promise on the map. Are there areas of higher opportunity? Are there property types with special promise? For some answers, we turn first to the markets of Central Florida, then to residential development around the state, and finally to Miami and the “Gold Coast.”

Though Central Florida is geographically very flat, there is a real estate mountain in Orlando today. The single largest development in Central Florida is Tavistock Development Company’s master planned community, Lake Nona and Lake Nona Medical City. Located immediately southeast of the Orlando International Airport, the project reflects almost $3 billion in investment so far, having already captured more than 5,000 jobs, essentially from five hospitals and medical research facilities. Ultimately, the entire 7,000-acre development is projected to host 30,000 jobs in the next few years and it will build out to 11,000 residential units.

All of this is before the impact of expansion just a mile or two away at the Orlando International Airport. There, a $1.1 billion improvement program is beginning, expected to extend across the next few years, and to include an intermodal transportation terminal that ties the airport — and Lake Nona — to Central Florida commuter rail, to the Orange County Convention Center by Maglev, and by rail to Miami. The airport expansion should itself add a significant number of new jobs to the airport and immediate neighborhood.

But the Lake Nona and Orlando International Airport activities are not the only real estate peaks in the Central Florida area. The University of Central Florida, now with about 60,000 students, has exploded to become the second-largest university in the United States in terms of total students. Its momentum is expected to carry with it creation of additional student housing, research facilities and other university related construction in the years ahead. Its affiliated research park hosts more than 10,000 jobs, and looks to continue expanding.

In addition, new development is emerging in the I-4 corridor from Orlando to Lakeland, including numerous large industrial projects totaling several million square feet of new generation warehouse space and distribution centers. This growth is driven in part by the new CSX Central Florida Intermodal Logistics Center in Winter Haven. This facility, opened in early 2014, enables efficient transfer of containers from rail to truck. It appears to have spawned the beginnings of as much as 8 million square feet of warehouse and light industrial space immediately adjacent to the facility, expected to create a pivotal distribution hub for major U.S. companies. Other new distribution facilities in the area include two Amazon fulfillment centers in Ruskin and Lakeland. Complementing the industrial activity is the new Florida Polytechnic University campus in Lakeland.

In North-Central Florida is also The Villages. Located at the intersection of Marion, Lake and Sumter counties, this unprecedented retirement community has grown in little more than 25 years from pastures and groves to a community exceeding 100,000 inhabitants. Though the original land holdings of the community may be nearly built out, it seems unlikely that the factors contributing to its success have changed, or that similar retirement communities will fail to follow in the area. This could happen rapidly if the long expected baby boomer migration is reignited by rising house prices that release retiring boomers from their current underwater mortgages.

What about outside of Central Florida?

Have the master-planned communities that arose from Florida’s historic ranches and that drove so much suburban building and expansion in years past run their course? The answer seems to be yes, and maybe no. While there seems to be little prospects on the horizon for new master-planned communities; in numerous locations of Florida the established communities remain incomplete. Examples include Harmony in Osceola County, Tradition in St. Lucie County, Viera in Brevard County, Babcock Ranch in Charlotte and Lee Counties, and Lakewood Ranch in Sarasota. (It is interesting that adjacent to Lakewood Ranch the only new enclosed mall of 2014 in the United States, Mall at University Town Center, just opened in November.) Many of these older suburban communities have ample undeveloped sections that could see new activity in the future given the emergence of effective economic drivers.

There also are interesting central city developments and redevelopments beginning to occur in most of Florida’s metro areas. However, the biggest single story in Florida at this time is the resurgence of downtown Miami. In 2008 there were roughly 22,000 residential units for sale in Miami, an oversupply of several years by almost any standard. Today that surplus is completely gone, and CraneSpotters.com, as reported by the Miami Association of Realtors, reports 96 new residential towers with 14,690 units, with 65 percent presold. Altogether, in the three “Gold Coast” counties — Dade, Broward and Palm Beach — the same report shows 16,925 units in 138 residential towers with 65 percent presold. In Miami the “Minimum Mean Price per square foot for presold units” is $850, and $772 for the three-county area. Despite the common requirement that buyers deposit 50 percent or more of the price, the market is vigorous.

So what is happening in Miami?

In large measure the long-expected transformation of Miami into an international city has taken another giant step forward. Now buyers are not only from Central and South America (including for the first time in large numbers, Brazil), but are reported to be from Russia, other areas of Europe, the Middle East and China. A further signal of the radical reversal of the Miami market is that foreclosures have fallen by half from a year earlier. This was driven by not only the international market demand but also by one of the highest house price increases last year (11 percent) among all of the 20 major metro areas monitored by the Standard & Poor’s/Case-Shiller Home Price index. The influence of international demand is apparent from the fact that more than half of all condo sales are all cash. (In most markets that percentage is closer to 25 percent.) Since something like 90 percent of international buyers are reported to pay all cash, an important result is that this market has not been deterred by restrictive mortgage financing like most other housing markets. 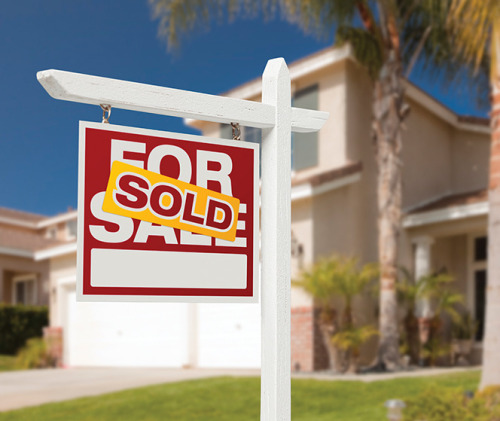 Unquestionably, there is a darker side to the surge in development in Miami. The luxury demand is driving up the cost of new housing while the value of existing modest housing is failing to keep pace with increases in the luxury market. In short, housing is becoming a greater challenge for below median income households, and this is a growing concern that is likely to set the stage for sinkholes in the real estate business and in the community structure of Miami, as well as elsewhere.

Overall, the real estate terrain of Florida is at an increasingly positive elevation, and, as always, has some dramatic opportunity peaks. But unlike mountain ranges, these peaks are ever changing. The challenge in real estate continues to be to watch for where new ones are emerging.*

EDITOR’S NOTE: Wayne Archer, Ph.D., is the executive director of the Bergstrom Center for Real Estate Studies and Hussey Professor of Real Estate at the University of Florida in Gainesville.

* Thanks to Daryl Carter, President of Maury L Carter & Associates, Inc., James Motta, President of Triton Atlantic Partners, and Perry Reader, President of Reader & Partners for their thoughtful suggestions for this subject. All are associated with the Bergstrom Center for Real Estate Studies Advisory Board.

WAYNE ARCHER, PH.D., IS THE EXECUTIVE DIRECTOR OF THE BERGSTROM CENTER FOR REAL ESTATE STUDIES AND HUSSEY PROFESSOR OF REAL ESTATE AT THE UNIVERSITY OF FLORIDA IN GAINESVILLE.