With the Central Florida Intermodal Logistics Center, Winter Haven connects itself with an expanding trade universe.

In a step toward expanding global trade, statewide transportation leaders, legislators and local officials gathered in mid-October for the grand opening of the Central Florida Intermodal Logistics Center in Winter Haven and pointed to a new,
broader future.

The 318-acre ILC, which launched operations in April, serves as a centralized hub for Orlando, Tampa and other regional Florida markets. In addition to offering seamless connectivity between several transportation modes, the facility includes three high-powered electric cranes, solar panels and high-mast exterior lighting. It has the capacity to process up to 300,000 containers a year and is designed for expansion as freight volumes grow.

“The Central Florida ILC is the result of strategic collaboration between the City of Winter Haven, numerous state and local partners, and CSX to create jobs and further strengthen Florida’s transportation system,” commented Michael Ward, chairman of transportation giant CSX.

Added Winter Haven Mayor Nathaniel Birdsong: “The Central Florida ILC is a game-changer for Winter Haven not only because of the opening of the state-of-the-art terminal, but because of the economic development potential this project represents. Winter Haven is now a partner in the freight distribution industry and is in the position to serve as an inland port for the global entry of goods and merchandise in Florida.”

The ILC is designed for scalable expansion as freight volumes grow. A surrounding 930 acres can be developed in phases to build distribution centers and light industrial facilities totaling up to 7.9 million square feet.

Interestingly, with designs on a first phase of development, Winter Haven Industrial Investors LLC in July purchased more than 500 acres of adjoining property.

The plan is to eventually accommodate more than 100 companies while adding hundreds of local jobs in commercial, industrial, retail, warehouse and manufacturing sectors. Three additional buildings of flexible office and warehouse space are planned along with a 13,200-square-foot storefront building and a full-service professional incubator office building.

Notably, Hunt Industrial Park is one of the reasons Florida produced $61.8 billion in manufactured goods
at last count, according to the Lake County Office of Economic Development & Tourism.

A sign of things to come? The Pasco Economic Development Council hosted the first Tampa Bay Unmanned Aerial Systems (UAS) Commercial Markets Conference on Oct. 30. Among the topics: the emergence of UAS (drone) applications becoming a major economic and technological story — and Tampa Bay’s possible role in its growth.

Economic growth serves as the median of $83 million in advanced funding for an Interstate 75/University Parkway interchange in Sarasota County that will become Florida’s first diverging diamond interchange. The DDI design, first used in the United States in 2009, is recognized as a leading transportation innovation for traffic flow and safety.

The funding, announced by Gov. Rick Scott, is pending approval by the Florida Legislature.

The project expands I-75 to an eight-lane freeway with three through lanes and an auxiliary lane in each direction from University Parkway Interchange South to Fruitville Road interchange — a pivotal stretch of roadway for Sarasota and Manatee counties, particularly with the opening of the new Mall at University Town Center and a world-class rowing center at Nathan Benderson Park, which are both economic drivers for the region. 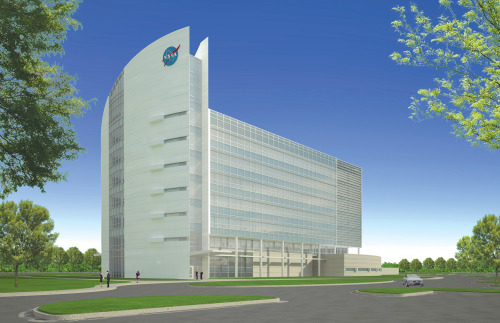 In a quest to broaden its horizons, NASA breaks new ground in Brevard County.

In October, officials broke ground on the 200,000-square-foot building, which will cost approximately $64 million and be completed by late 2016. The current headquarters dates back to the 1960s and will eventually be demolished.

The new building, part of Kennedy Space Center’s emerging campus, will include the International Space Station processing facility and the Operations and Checkout Building. The campus will consolidate 11 buildings and feature pedestrian walkways instead of vehicle traffic.

According to NASA officials, replacing old, energy-inefficient structures with modern buildings will save the agency $400 million over the next 40 years in energy and repair costs.

A gift to givers helps the Red Cross pursue its mission.

Prepare Florida, a landmark, statewide effort that is mobilizing communities to be better prepared in the face of disaster, has received a boost of its own — a recent donation of $100,000 to the American Red Cross by The Mosaic Company, a leading global producer of concentrated phosphate with Florida headquarters in Hillsborough County (Lithia).

Red Cross chapters throughout Florida are training communities to be prepared and engaging more people as the Red Cross increases both the tools and training that are needed to meet any disaster Floridians may experience.

Red Cross and Mosaic have partnered since 2004, when the company was formed and Florida was devastated by four hurricanes. The relationship has steadily increased, and this year’s grant continues to help the local Red Cross chapters provide emergency services.

Its presence in Florida dates back nearly 100 years — with Mosaic’s recent donation helping to ensure the future.

Real life trumps a textbook. That’s the thinking at Matanzas High in Palm Coast, where students are more than simply learning about finance. The newest branch of VyStar Credit Union is located at the school.

A dozen or so students work at the bank, which cost about $150,000 to build. Only checking and savings services are offered; lending must be done at the credit union’s regular Palm Coast branch.

VyStar originated the concept in 2007, when it opened a school branch in nearby St. Johns County. The credit union’s president and CEO, Terry West, is a former eighth-grade math teacher.

Principal Jayne Ellspermann of West Port High in Ocala is the best. Literally. The National Association of Secondary School Principals named Ellspermann the 2015 National Principal of the Year.

Ellspermann joined the school district 34 years ago and spent the past 10 years as West Port’s principal. She’s also a former law enforcement officer. Ellspermann has developed a college-going culture personalized for students, highlighted by the lunchtime PowerHour, a student-empowerment initiative she launched giving students autonomy over an hour of their school day for academic enrichment, open labs, clubs and other creative opportunities.

After three years of PowerHour, the results: Course failure has nearly disappeared, the graduation rate has jumped 15 points and participation in activities has increased seven-fold to nearly 70 percent.