It’s not the Wild West of pre-2008, but real estate development money is flowing again.

Getting a handle on what drives Florida land development is much like finding the beginning of a circle. Where does it start? Is the prospect of profitable development moving money into the state or is the availability of financing driving development? Any way you look at it Florida continues to attract developers and financing. Prospects for the coming years continue to be guarded but bright.

“Florida still remains a Sun Belt growth state so the long-term prospects for real estate remain good,” says Guy Michel, senior vice president of Community Southern Bank. “As the financial industry continues to recover, so will the availability of funding for projects subject to higher underwriting standards and cooperation from the regulatory authorities.”

The economic downturn of 2008 brought Florida development to a standstill. Financing vanished as lenders abandoned real estate for the bond market. Bonds offered less risk, and even less of a return, but the fear of lenders becoming landlords of existing developments or landowners of stalled projects led to a hasty retreat. With improved economic conditions, lenders have returned to Florida. The hot markets are South Florida followed by Orlando, Tampa and Jacksonville, in no particular order. Broward County and West Palm Beach are also making a push.

“While increases in interest rates are expected, it is believed that the softness of the global economy has been a major impetus in bond yields staying at historically low levels,” says Edward Isola, principal at Isola & Associates, LLC, correspondent for more than a dozen life insurance companies. “The lack of alternative investments for institutional investors will push commercial real estate loans at all-time levels for the upcoming year.”

Developers with proven experience and strength will continue to find financing. Banks, many of which shored up their asset base following the downturn, are providing in-state financing options in short-term (3 to 5 year) loans with fixed and floating rates in the 4.00s and 5.00s for construction and mini-permanent loans. For the right customer, banks will go out as far as 10 years. Developers enjoy the one-on-one contact with a loan officer and favorable, if any, prepayment provisions.

Michel says, “Today banks need to underwrite the individual project, any and all other projects owned and operated by the guarantor, and need to evaluate the global cash flow of all various entities and personal debt structure of the borrower. Too often, in the old days, banks became the unwitting ‘equity partner’ of the developer in the project. Those days are gone. Banks by and large are back to providing financing, not equity, in projects.”

Life companies continue to diversify a percentage of their asset base and provide out-of-state financing sources with fixed-rate long-term (10 to 15 to 20 years) loans in the low 4.00s to low 5.00s. The prepayment options aren’t as favorable early on with penalties based on yield maintenance formulas subject to the loss of yield and others with predictable fixed prepayment premiums; however, many loosen restrictions by the eighth and 10th years. Assignment provisions make these loans especially attractive to qualified purchasers.

More out-of-state financing is available as CMBS lenders (commercial mortgage backed securities) provide better rates than life companies. But as securities, the projects are pooled together with others. Only the crème de la crème of developers pursue this route as strict underwriting leaves nothing to question. The prepayment provision is defeasance, a costly and time-consuming process whereas the lender replaces the real estate collateral with another investment product. But for the savvy developer looking at a long-term investment, rather than a flip, the rates are inviting.

“Owner occupied with a good credit tenant has the lowest risk. Right now multifamily is a pretty low risk play but that could change soon as that project type gets overheated,” says real estate broker Patrick Mahoney, president and CEO of NAI Realvest. “Next I would say industrial. The businesses utilizing industrial space are mostly on solid footing. I would put office and retail pretty close to even.”

The U.S. Department of Housing and Urban Development and its Multifamily Housing Programs are driving the multifamily market while other lenders concentrate on industrial, retail and office. The Federal Housing Administration insures the financing as the federal government has taken the lead in ensuring the availability of affordable housing. The application process is time consuming with significant upfront costs to cover due diligence but the availability of requested funds makes federal financing attractive to the experienced multifamily developer.

Michel says, “Everybody likes owner-occupied real estate, but there’s only so much of it out there. I think beyond that it depends on the concentration levels of the individual bank. Some of us have concentrations in retail and are emphasizing office space in our business development efforts. Some of us have too much office and are looking for industrial space. Go figure.” 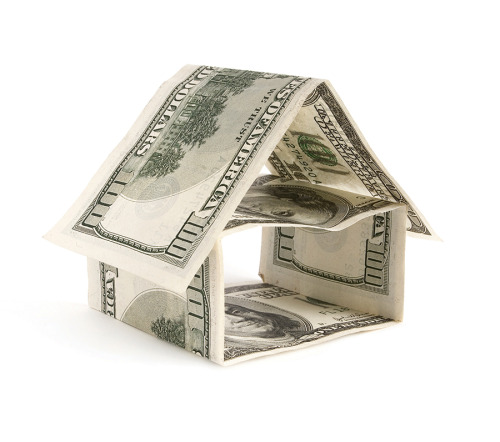 Other financing options vary depending on niche. Small and start-up businesses are approaching banks for real estate and equipment loans through the SBA (Small Business Administration) loan program. Credit unions, pension funds and Real Estate Investment Trusts are gathering up what remains. Hard-money lenders, private funds and individuals, are driving the bridge loan market. Though the rates are north of 10 percent, developers are finding short-term hard money lenders an expensive but available option when bringing a project to stabilization before pursuing long-term options.

Not all funds are based on loans and collateral. International investors, as cash buyers, are coming into Florida and snapping up residential and commercial real estate. “A lot of foreign money is pouring into the local luxury real estate (home) market and there has been a lot of money from the (United) Arab Emirates (and Saudi Arabia) that has bought up a lot of distressed underperforming real estate,” says appraiser Richard Best, principal and managing partner of DeRango, Best & Associates.

Interest rates continue to drive the market and while developers will moan at the prospect of paying more than 5.00 percent, veterans of the industry recall days when 10.00 percent was given only to the strongest of developers. Florida hasn’t seen rates north of 10.00 percent since the early 1990s; in fact rates have remained steadily below the 5.00 mark for five years.

The Federal Reserve Board has played a large part in keeping rates low as the Fed Funds Rate — the rate at which banks lend and borrow amongst themselves — has held steady between 0.00 and 0.25 percent since December 2008. The next meeting of the Federal Reserve Board’s Federal Open Market Committee is Dec. 16 to 17 at which time it will consider a rate change.

Best says, “Low borrowing costs and the trillions in cash sitting on the sidelines that was pulled out of the equities market will continue to push real estate loans. The only hindrance will be the difficult credit and loan underwriting standards.”

The other barometer is the 10-year U.S. Treasury yield. The yield has been in general decline since approaching 5.00 percent in 2006 and has remained south of 3.00 percent for the past four years. Many lenders determine rates based on a spread over the yield. Since 2012 when the 10-year briefly dipped below 2.00 percent, lenders have avoided the temptation to abandon real estate by fluctuating their spread to keep rates favorable to both them and borrowers. With spreads of 200 to 300 basis points lenders have kept competitive rates in the 4.00s and 5.00s.

Mahoney says, “To hedge against another recession and falling commercial real estate prices lenders are requiring more equity with the belief that if they have to take properties back in the future they’ll be in better shape. A 50 to 60 percent loan will be equal to or lower than the actual property value.”

Ultimately, inflated values were blamed partly for the collapse of the real estate market in 2008 so the Fed instituted new guidelines on banks to eliminate cozy relationships between appraisers, lenders and borrowers. Life companies are regulated by their respective states but are voluntarily drawing on the new guidelines to shore up their lending practices. Rising real estate values based on lower cap rates are the primary reason for higher equity investments.

“Appraisals are still a challenge,” says Michel. “As a banker, you hold your breath the minute you send out the assignment. Because sometimes you really don’t have a feel for the approach the appraiser is going to take. In the post-collapse era, many of the appraisers are taking a more conservative approach to the valuation of property.”

But conservative values, higher equity and tighter underwriting don’t appear to be hindering the Florida market. The qualities that drove the market pre-recession remain in place — no income tax, great weather, family friendly environment, ready and willing sellers. Though the market isn’t full boil, it certainly isn’t simmering. With the lessons of the past fresh in the minds of all parties, Florida real estate should continue to heat up and prosper.