This event alternates each year between St. Petersburg and MONACO.

While most of the activities were open to the public, a private “Blue Tie” reception was held at the Dali Museum hosted by the Monaco Government Tourist Office and the Consulate General of Monaco (N.Y.), along with the BLUE summit, to promote next year’s event in Monaco, which will take place Nov. 7 to 9, 2015, in partnership with The Prince Albert II of Monaco Foundation and the Oceanographic Museum of Monaco.

“We believe this strategic collaboration has great potential to keep raising awareness worldwide about the need for ocean stewardship,” said Debbie Kinder, co-founder of BLUE. “The power of film can help carry this very meaningful message around the globe to help win over hearts and minds. We are very grateful to HSH Prince Albert II and the Principality of Monaco for understanding and supporting BLUE’s mission,” she added.

Oscar winner JEREMY IRONS, in town to screen his ocean pollution documentary Trashed, attended the “Blue Tie” reception on Nov. 10 to coincide with the opening of the Picasso/Dali, Dali/Picasso exhibit at the museum. Both artists spent considerable time on the French Riviera and Monaco.

One special award winner during the BLUE festivities, 92-year-old Dr. Eugenie “Genie” Clark, a world-renowned marine scientist and founding director of Sarasota’s Mote Marine Laboratory in 1955, was one of three recipients of the 2014 Legacy Awards. Known as “The Shark Lady,” Clark is a pioneer in marine science and has conducted 82 submersible dives and 7,000 scuba dives during her career, which is still going strong.

She is in good company as past Legacy winners include James Cameron and Captain Joe Walsh.

Total attendance was estimated at 20,000 for the six-day event providing St. Petersburg “toast of the town” status for the upscale international crowd. Economic impact from hotel nights, restaurants and retail created a definite ripple effect.

And while on the subject of blue — enter azul, the Portuguese word for the color. AZUL BRAZILIAN AIRLINES  launched daily service on Dec. 15 between Orlando and São Paulo and began flights from Fort Lauderdale on Dec. 2. The third-largest Brazilian carrier will use Airbus A330-200 wide-body aircraft. U.S. travelers will fly in and out of Azul’s new $1.5 billion terminal at the São Paulo/Campinas airport.

Yet again, while still on the subjects of blue and Brazil — a $60 million fiber optic cable construction is underway linking Florida to Brazil, courtesy of Google. The undersea venture also includes Brazilian company ALGAR TELECOM and African operator ANGOLA CABLES and will stretch 6,560 miles linking the Brazilian cities of Santos and Fortaleza with Boca Raton. It is expected to be complete in late 2016.

With Canadian snowbirds perched for “flights” to Florida for the winter, RBC BANK announced new business banking services geared to Canadian clients conducting business in the United States. The new services include no-fee transfer of funds and online account management.

“At RBC Bank, we are proud to offer a new package that streamlines this process of cross-border business while providing the dedicated, personalized support and service of the RBC Bank team,” said Eva Kang, business banking segment manager at RBC Bank.

RBC operates 88 branch locations in Florida with more than half located in the Super Region.

The 2014 INTERNATIONAL ECONOMIC DEVELOPMENT CONFERENCE was held in late October in Fort Worth, Texas, and Sunshine State rays were shining down.

ENTERPRISE FLORIDA was honored with an IEDC Silver Award for its marketing campaign: “Florida. The Perfect Climate for Business.” The $1.4 million campaign won in the category, Best Paid Ad Campaign for communities with populations of more than 500,000.

The RESEARCH PARK AT FLORIDA ATLANTIC UNIVERSITY in Boca Raton received an IEDC Silver Award for excellence in economic development, for the second year in a row, selected from more than 560 international applicants. 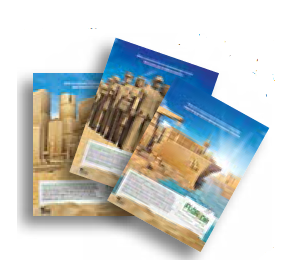 During the conference a new survey of the states having the best business climates was released. Conducted by Development Counsellors International (DCI) every three years, the survey called “Winning Strategies in Economic Development Marketing” tracks economic development trends since 1996. Florida ranked second in the nation, followed only by Texas. Georgia and North Carolina tied for third and rounding out the top five were South Carolina and Tennessee.

The survey also found that nearly half of the corporate executives who participated in the survey indicated their firm would make a location decision in the next 24 months — a move, expansion or consolidation of a manufacturing plant, office, distribution center or other facilities. And 40 percent stated they would retain a real estate broker or site selection consultant for a portion of the site selection process.