The International Indian Film Academy (IIFA) is bringing a celebration of the Indian film industry to Tampa Bay on April 23-26.

Expect a free-to-the-public party with music, crafts and Indian food; an evening of Bollywood fashion and music; and two nights of technical and special awards plus the academy awards featuring some of India’s biggest celebrities. Also think center stage for Tampa Bay and the Super Region. While there will be no live broadcast of the main event, the events will be recorded and released in June on the Indian cable channel Star Plus and eventually online. The total estimated audience: about 800 million spectators in more than 100 countries. 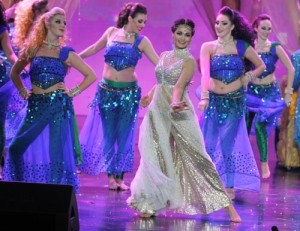 This marks the U.S.’s debut for the awards with Tampa joining the likes of London, Singapore, Amsterdam, Dubai, Bangkok and Macau, among other host locales. IIFA officials were impressed by the city’s pedigree. Tampa has hosted the Stanley Cup, the Republican National Convention and several Super Bowls with great results. CEO of Visit Tampa Bay Santiago Corrada, welcomed the challenge: “We have a huge responsibility.”

Fun events abound at several of Tampa Bay’s most impressive venues. Business opportunities, however, will be equally present. Throughout the weekend, the Tampa Convention Center will house multiple industry forums and panels, including the FICCI-IIFA Global Business Forum, themed “Indo-U.S. Partnership: A Catalyst for Economic Growth.”

All totaled, the business forum promises to attract more than 100 business leaders and policy makers.

No plans to enjoy the entertainment aspects of IIFA? No problem. Social media will be abuzz on IIFA’s assets across Facebook, Instagram, Twitter, Youtube and multiple other innovative platforms in a live environment. For example, powered by Lava Mobile, IIFA is teaming up with Twitter to reinitiate Twitter Mirror, an experience that made its debut at the IIFAs in Macau last year. Also the Twitter Vine Booth @ IIFA, featuring a 360-degree camera to capture six-second videos will make its debut, as will Twitter Amplify, which can reveal 15 second capsules during the broadcast for online consumption. A second screen engagement enables online consumers to watch exclusive backstage footage to complement their TV viewing experience.