The 14th annual Art Basel fair took place, Dec. 1 to 6, bringing to the city 77,000 visitors (4,000 more than last year) with many arriving on nearly 800 private jets, a new record. That is more private jets than those flying to Super Bowls. There were 267 leading international galleries from 32 countries, along with trustees and patrons of close to 200 museums and institution groups. 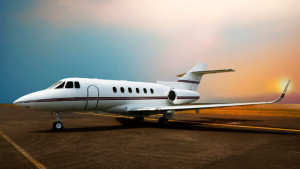 It is difficult to pinpoint the precise economic impact from what is also known as Miami Art Week, but estimates of $500 million are cited regularly. And in an interesting twist this year, the day after the art fair ended, work began on the renovation of the Miami Beach Convention Center to the tune of $515 million, home of Art Basel.

However, there are many satellite art events coinciding with Art Basel throughout the area, including SCOPE, a huge fair held on the beach.

Art Basel was founded in its namesake city in Switzerland in 1970 to showcase high-end modern and contemporary art. The show expanded to Miami Beach in 2002 and launched in Hong Kong in 2013.

Marc Spiegler, director of Art Basel since 2007, oversees the development of the organization globally, including the three shows.

Participating galleries for the shows are selected by committees composed of international gallerists who normally serve for several years. A fresh application process begins each year and all galleries must reapply.

While there was a lot of rain to contend with this year, art sales were strong. Some gallery owners felt the inclement weather kept patrons indoors and up close and personal to the art.

While always a gateway to Latin America, the international nature of Art Basel is a huge boon for Miami, clearly reinforcing its mantle as a global city.  Collectors from more than 110 countries attended the show, with first-time collectors coming from Cambodia, Ethiopia, Romania, Togo and Zimbabwe. The Miami show was spearheaded by Noah Horowitz, Art Basel’s newly appointed Director Americas.

And the event seems to have spawned many new art districts and developments in Miami, such as Wynwood, the Design District and Midtown. Little Haiti received a great deal of media attention and buzz this year as the next art neighborhood. Nearly a dozen galleries have relocated from Wynwood to Little Haiti and its adjoining Little River area. One of just two Miami dealers selected for Art Basel, the Michael Jon Gallery has relocated there. Many well-known local artists are finding the affordable studios and even homes in Little Haiti very attractive.

UBS has been the lead sponsor of Art Basel in Miami Beach since its inception. Other sponsors include Davidoff, NetJets, Audemars Piguet and The Absolut Art Bureau.

When it comes to Art Basel Week in Miami, green is the primary color.